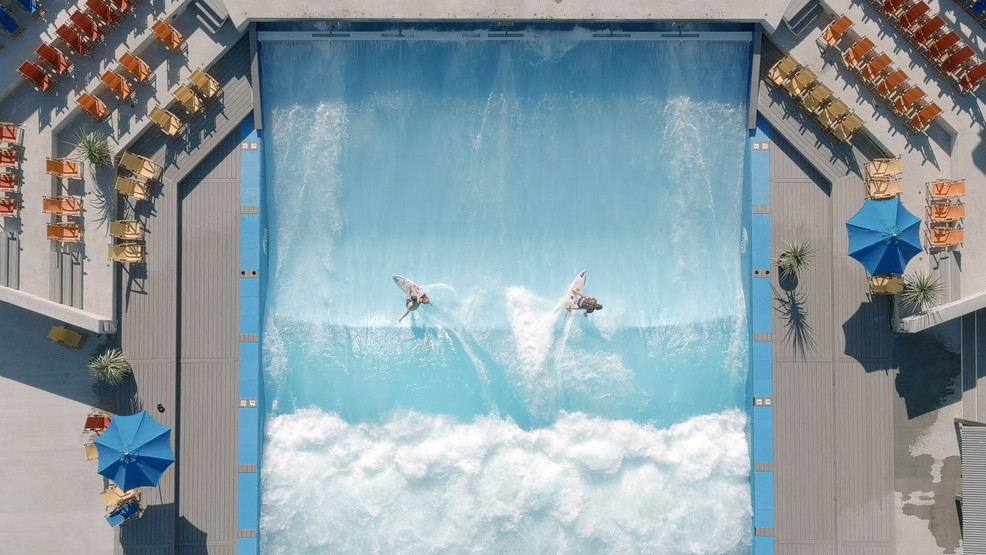 In an area known for outdoor adventure, Chelan's Lakeside Surf provides a new kind of thrill ride. It's a chance for folks of all ages and experience levels to surf the perfect wave.

"It gives you so much space to work and it's never unpredictable," added Quinn Hausman, a coach at Lakeside Surf. "It's always going to be the same wave when you're out there so it makes it really easy to learn at first."

The wave is the centerpiece of this fully tricked-out facility, which also features views of the lake, a taco truck and bar, and plenty of spots to watch the action while soaking up some sun.

All the surfing at Lakeside Surf is session-based, meaning you can reserve a 45-minute time slot in advance online, with each session limited to just 12 people. If you're a beginner, like me, there are plenty of coaches available to help you learn the basics.

"It's the coolest feeling. Watching a kid who has never surfed before be able to go back and forth is such a special feeling," said Hausman. "That's what makes this job really fun."

When I visited to shoot a story for the show, my instructor was 12-year-old Cash. While he's too young to be an employee at Lakeside Surf, he was plenty old enough to coach up a newbie like me on the basics of surfing. I can tell you firsthand, Cash can also absolutely shed on a surfboard.

According to Cash, the keys to success at Lakeside Surf are to keep your weight on your back foot and look where you want to go at all times. Sound advice. But, just because the coaching is good doesn't mean the student will be successful. Put simply, it's a good thing the landing was soft, because I wiped out a lot. Check out the video above to enjoy footage of all those falls

After going into the water a few times, Cash came to the rescue with, literally, a helping hand and some more tips. Word to the wise: the wall is not your friend. If you try to white knuckle it like I did, you're not standing up. His coaching did the trick, against all odds, I started to get the hang of it. Did I have style and grace on the board? No. Did I figure out how to turn effectively? Also no. But, I rode the wave. Even though my longest ride lasted all of maybe 10 seconds, it was awesome!

So, while I may never become an 'expert' surfer, I did find out surfing, especially at Lakeside Surf, is an absolute blast.