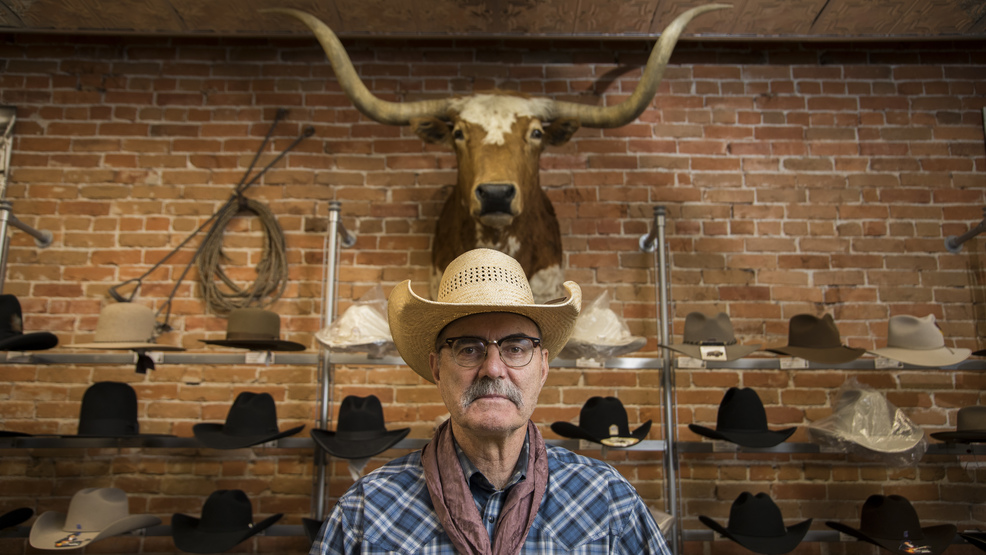 If you've been following our Casper coverage, you know that I recently was invited to visit Casper, Wyoming. In this series I will highlight some of my favorite spots, experiences and give you my unfiltered suggestions on where to visit. Let's carry on, shall we?

I never knew that I missed my calling to be a cowgirl until I went to Lou Taubert's in Casper, Wyoming.

I visited the country store on the very last day of my visit and it quickly stole my heart and became of my favorite spots. Lou Taubert Ranch Outfitters is a Wyoming staple. It has everything a cowboy/cowgirl would ever need to live his/her cowboy/cowgirl life.

Originally opening in 1919 by Curt William (C.W.) Taubert, the store started out as Taubert's Hardware and Ranch Supply in Fort Laramie, Wyoming. Fort Laramie is two hours south east of Casper and the store got its start by selling saddles, well supplies, hay machinery, fine apparel and supplies.

In 1947 the store took their show on the road and set its roots in Casper. In moving, they changed their name from Taubert's Hardware and Ranch Supply to what it is today - Lou Taubert Ranch Outfitters.

The business and nation renowned cowboy store is a third-generation family business. Most of the third generation, meaning C.W.'s grand kids and Lou's kids, are still involved in the store including Louis, Carlene, Anita, Frieda and Robert.

I actually got to catch up with Robert, aka Bob, who gave us a tour of the store. He talked to us about the pictures on the walls - telling us which of his family members did what in the store, who was involved, etc. It was really special! We also got to meet his mother, Pauline who is a young and spry woman in her 90's and is the current store keeper. She works at the store regularly and is sassy and as smart as a whip.

The store is MASSIVE. I mean, I literally got lost in a sea of 10,000 cowboy boots (that's the actual number of boots in the store), belt buckles and hats. Coming from Seattle, I don't see this too often so I of course had to get myself a ball cap and a sick belt buckle. I was really leaning into my cowgirl character for the weekend.

They just celebrated their 100th anniversary and were named one of the top five Western stores at the 2018 Wrangler National Finals Rodeo in Las Vegas and I can see why!

If you are a sap for a good, wholesome and family run business - whenever you are in Wyoming, PLEASE GO TO LOU TAUBERTS.