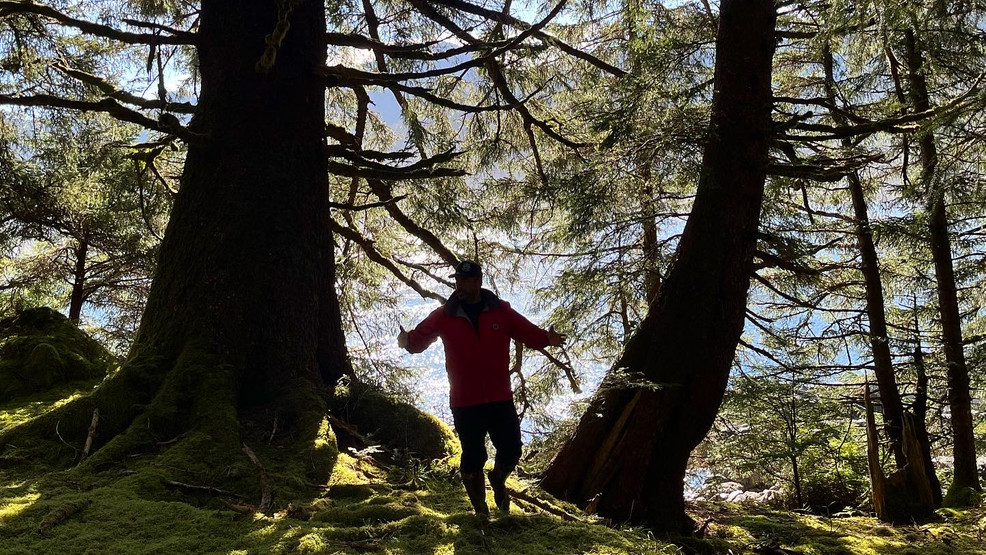 Explore the natural wonders and rich culture of Haida Gwaii

Those who arrive in mystical Haida Gwaii in northern British Columbia have worked hard to get there, making the experience that much more special. Once arriving in this exquisitely remote Canadian archipelago, made up of 150 rocky islands, the local motto immediately rings true:

"Once you've reached the edge of your world, ours begins."

Haida Gwaii, the ancestral territory of the Haida Nation, is also home to tiny Sitka deer and the world's biggest black bears. While speaking with Haida locals, you quickly learn a shared philosophy: "If you take care of the ocean and the land; it'll take care of you." (We recommend reading up on the Haida Gwaii Pledge before you arrive.)

The dramatic landscape is boggy and swampy on the east coast, and more mountainous to the west. To enjoy the Xaayda Gwaay.yaay — or Haida Gwaii — experience, you can fly from Vancouver (YVR) into Sandspit (YZP) and Masset (ZMT), or use BC Ferries to travel between Prince Rupert and Skidegate (up to an 8-hour ferry journey).

If you're stopping in Vancouver on your way to this enticing place, you might consider exploring First Nations offerings from the get-go, by staying at Skwachàys Lodge Aboriginal Hotel and Gallery. This lodging option happens to be Canada's first Indigenous boutique art hotel. Here they have a supportive housing program with studio space for 25 Indigenous artists.

While still on the mainland, we were also thrilled to enjoy a meal at Salmon n'Bannock, Vancouver's only Indigenous-owned and operated restaurant. Paintings and carvings by B.C. artists line the walls of this intimate space, and standout dishes include the wild salmon mousse, sausage with seasonal berries, mushroom bannock and bison pot roast that takes 20 hours to reach completion.

Once at our final destination, our home base was Haida House at Tllaal, a welcoming venue tucked beside the tranquil Tlell River on Graham Island's dramatic east side. If possible, try to snag one of the 12 two-bedroom, ocean-view cabins that allow for reflective mornings strolling the expansive beach — and quiet evenings spent star-gazing from your deck's hot tub.

Since Haida House at Tllaal specializes in authentic Indigenous cultural adventures, we were fortunate to enjoy sacred experiences such as tours of carving sheds, where artists like Mike Moody, Garner Moody, Bill Bellis and Tim Boyko were hard at work on intricate creations; an interpretive tour of poles that stand tall in Skidegate; a sun-kissed day out on the water with Haida Style Expeditions; and a delightful, seafood-centric, traditional Haida meal at Keenawaii’s Kitchen.

It's impossible to travel to this destination and not devote time to learning about horrific events that have negatively impacted local Indigenous communities and continue to be processed to this day. The introduction of foreign disease — like the catastrophic smallpox epidemic in 1862, a result of contact with Europeans settlers — devastatingly reduced the Haida population from 30,000 to less than 600.

And from the late 1800s up until the late 1900s, residential schools threatened to wipe out the entire culture, language and history of Indigenous communities here in Haida Gwaii — and of those across the entire province and country. Today, Haida people make up half of the 5,000 residents living on the islands.

I could’ve spent all day wandering exhibition rooms at the award-winning Haida Heritage Centre at Kay Llnagaay in Skidegate, made up of the Haida Gwaii Museum, canoe house, performing house, carving shed, the Bill Reid Teaching Centre, plus a gift shop and café. Six traditional totem poles, beautiful hand-carved canoes and a series of longhouses help this fascinating site feel like a traditional Haida seaside village.

Other highlights throughout our stay included daytime explorations with our witty and knowledgeable cultural interpreter Marni York, who felt like a fast friend, and a nighttime beach meditation with local naturalist Phred Collins, who’s also one of the country’s most respected bird experts. The scene of our spread-out group traversing the soft sand in silence — under a sky stitched together by the dancing Milky Way, the green light of Venus shimmering atop the ocean surface— is a memory I won’t soon forget.

One day, we explored Old Massett, known for 18 totem poles that each has a unique design and tell its own story. On another, we hiked through mystical old-growth forest up to Tow Hill, where we were greeted by stunning views of the dazzling coastline below.

All of our Haida hosts were wonderfully welcoming and proud to share their rich culture, coveted art and remarkable natural surroundings. While deep in the forest at a now-abandoned village site, we glimpsed the remains of two ancient house frontal poles; they now have hemlock, spruce and huckleberry branches sprouting out of the fading artwork. We all paused, quietly plopping ourselves onto the mossy earth to take it all in.

"We still have remnants of our past standing," our day guide said proudly. "It's quite incredible."

On our last day, after visiting one final carving shed, Marni solemnly spoke about how in recent years, COVID had forced families to protect one another by holding drive-by funerals to honor their loved ones. In the background, eagles squeaked in treetops, and one large one swooped majestically across the sky.

As the day’s dwindling light bounced off the distant water, I reflected on how honored I felt to step foot on this remote, sacred and rugged land.