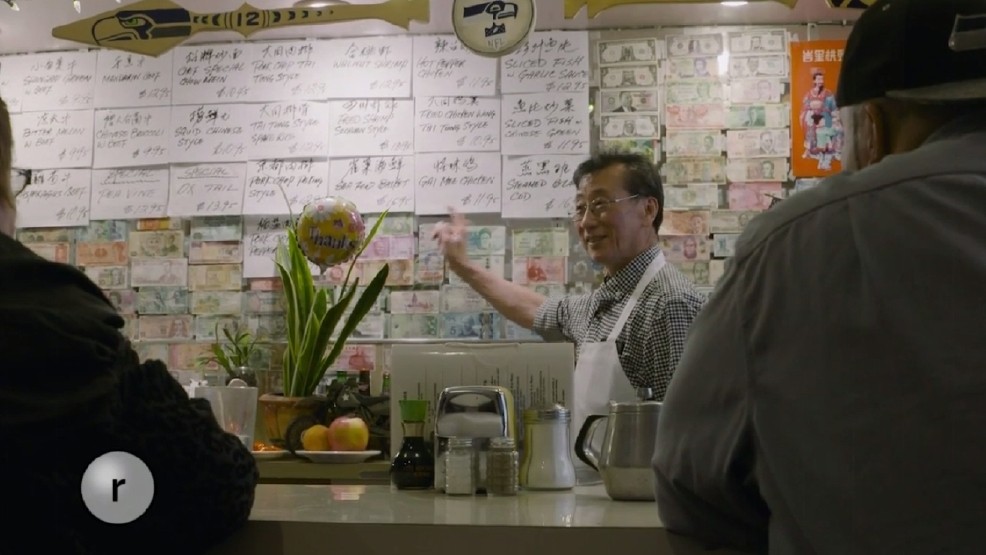 Seattle's International District has changed dramatically over the years, but no matter how much the culturally rich community evolves, one restaurant seems permanently frozen in time. It's called Tai Tung, and it's the neighborhood's oldest remaining Chinese restaurant. As Refined discovered, it's still going strong after 80 years.
SEE MORE

Seattle's International District has changed dramatically over the years, but no matter how much the culturally rich community evolves, one restaurant seems permanently frozen in time. It's called Tai Tung, and it's the neighborhood's oldest remaining Chinese restaurant. As Refined discovered, it's still going strong after 80 years.

"It's like stepping back into time," said Lori Ehrig, customer. "It hasn't changed at all in 40 years."

"I agree," said Rick Blake, customer. "It hasn't changed a bit! So, the reasons we came here originally are still here."

Tai Tung has been a fixture in Seattle's International District since 1935, serving up classic Chinese dishes all day, every day.

"I came to college here. And being stuck in the U-District, we were always looking for something other than Herfey's on 50th," explained Blake. "So, a couple of fraternity brothers said let's go try this place Tai Tung. I'd never heard of it, but thought what a chance to get out of the district, came down here and fell in love with the place. It was absolutely great."

Harry Chan is a third-generation owner of Tai Tung, working in the restaurant since 1968. You'll find him behind the counter, welcoming guests as they walk through the doors.

"We have been here a long time and we have a lot of regular customers and the customers are generations and generations," said Harry Chan, owner of Tai Tung. "So far, we have customers who are five generations. And another reason people come here is for the good food, good service, friendly service and reasonable price."

It's Chan's personal touch that customers say sets him apart.

"He's so personable," explained Blake. "It's like seeing an old friend right away. And today, a conversation we'd never had is he found out I have five kids and I found he has five kids, and we talked about that and exchanged stories for a quite a while."

"When you're at the counter here," said Mel Nordberg, a long-time customer. "It is a different sort of atmosphere because it doesn't seem to matter if you're black, Indian, or whatever. Everybody in Tai Tung is a friend."

Over the years, Tai Tung has served everyone from Bill Gates, to Olympic gold medal winner, Apolo Ohno, to celebrity chef, Tom Douglas, who recently called Tai Tung one of his favorites. But, there's one guest who has his very own section.

"We call that the Bruce Lee table," said Chan. "That's the area he used to come to when he was in Seattle."

Chan told us Bruce Lee used to order chow mein and fried rice when he dined at the restaurant. And if you ask Chan for a recommendation on what to order, he's going to point you toward the wall behind him.

"The first thing I tell them is come, look at here first before you look at the regular menu," said Chan. "This is our specials."

And while customers savor the food, Chan savors the joy of continuing a proud family tradition.

"I have been doing this so long," said Chan. "I say if I don't do that, I don't what what to do. I would miss all my customers. I love to work here."