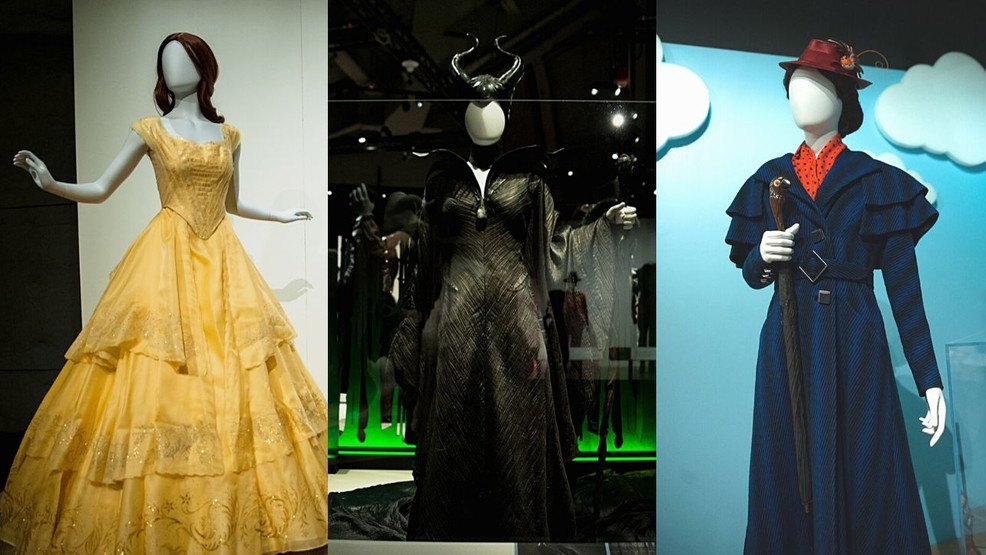 The Happiest Place on Earth has made it's way to the Museum of Pop Culture! Pulled straight from The Walt Disney Archives, "Heroes and Villains: The Art of The Disney Costume" showcases memorable and iconic style that will make you feel like a kid again.

"It contains over 70 complete costumes for Disney live action films, ranging all the way back to 1964," said Brooks Peck, Senior Curator. "This is also the first time the Disney archives have made a costume only exhibition."

"This our first time to see it in a museum environment, so seeing it in the museum setting with lighting and set pieces is really exciting for all of us," said Becky Cline, Walt Disney Archives Director. "I think people are really going to love this exhibit."

There's 55 years of film history in one room. From Julie Andrews' debut as the original Mary Poppins, to Johnny Depp's adventure as Jack Sparrow.

"I think it's a family experience and an intergenerational thing," said Peck. "Its where people can say 'This is the Mary Poppins I know,' and even up to 'Mary Poppins Returns' which is just a few years ago."

At the beginning of the exhibit, you start off in Cinderella's workshop where you can see many different costumes from beloved Cinderella movies.

"There's a multitude of Cinderalla ball gowns because the Cinderella ball gown is an iconic piece," he said. "It's so interesting to see how different designers approach it in different productions."

From there you take a walk down Disney memory lane, from Cruella Devil, the Hocus Pocus witches and even Maleficent - played by Angelina Jolie.

"Among my favorites, I love the Maleficent," said Brooks. "It's one of the few in the exhibition of anti-heroes, people who straddle that line between good and evil and that's I think a more of a challenging costume to create."

"From a sentimental point of view, the one nearest and dearest to me is the Mary Poppins traveling costume because it was the first movie I ever saw as a child in the theater and it's the oldest one on display at the exhibit," said Cline.

Each costume features stories from the costume designers. There's also an interactive element where you can see yourself in a virtual costume. But it's the actual exhibit that brings these beloved Disney characters to life, that really steals the show.

"There's over 70 costumes in this exhibit and they're all special in their own way," said Cline. "I think if people can walk away with appreciation of what goes into the costumes and why then they will have a whole new appreciation when they watch them on screen."

"Heroes and Villains: The Art of The Disney Costume" opens to the public on June 5 and runs through April 17, 2022. Tickets are available online.