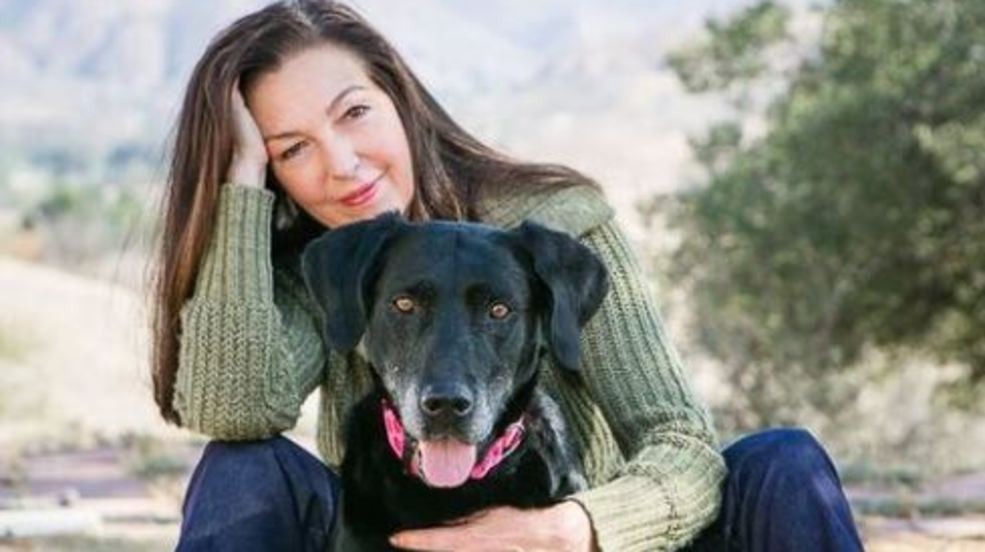 Joan Ranquet adores animals like most pet owners, but her connection runs deeper than most. That's because Ranquet can communicate with them too!
SEE MORE

This woman talks to animals, and she says you can too

Like most pet owners, Joan Ranquet adores animals. But that connection goes beyond cuddles and walks - Ranquet says she can communicate with them too.

"I talk to dogs, cats and horses of course," she said. "But I also take people on wildlife trips and talk to lions, dolphins and whales."

But don't call her a pet psychic. Ranquet is an internationally-renowned Animal Communicator, and she says it's a skill anyone can learn. She's also a best-selling author of the book "Communication with All Life".

"Animal communication is telepathy," said Ranquet. "It's a transference of pictures, words and feelings."

Ranquet tells people who want to communicate with their animals to first, quiet their mind to more accurately get a sense from the animals.

"It usually starts with feelings and allowing the pictures and words to come in," she said. "I know it sounds really simple, but that's really it."

For the most part, the Animal Communicator helps people learn more about their pets. But she's also helped track down missing animals, and even figured out complex health issues. Like one dog who had to undergo chemo because he had cancer and couldn't walk.

"When I walked in, I got a sense in my neck," she said. "And I can't diagnose obviously, but I really was like 'Can this just be a pinched nerve?'"

Could it be the reason why the dog isn't walking and not the cancer?

"He hadn't walked in two weeks, and they were literally about to put him down - and I was able to unlock the the nerve and next thing you know, this dog got up!" said Ranquet. "I've got a lot of stories like that."

We wanted to see what Ranquet could really do - on the spot. We followed her to a unique appointment at Legacy Hunters & Jumpers in Woodinville, home to many special training horses including one named Coaster. Coaster is a friendly guy who has a special B.F.F. named Buttercup - who happens to be a goat. Needless to say, we wanted to see if Coaster had anything specific to say to Ranquet.

When they first started communicating, something unusual happened right off the bat. Coaster started constantly opening and closing his mouth, like he was yawning.

"A lot of times when an animal finally gets to tell their story, they have a big relaxation, a big release," she said. "So yawning is just a way to let it go."

So what was Coaster's story?

"Coaster loves being a training horse and giving back to others," said Ranquet. "He loves his best friend Buttercup. He did give some tips on how one particular rider could fix some issues and that shocked others around us because it was spot on!"

It actually turned into an emotional experience for all parties involved. You have to watch the clip to believe it.

As for Ranquet, you can learn more about her Animal Communication services at https://joanranquet.com/