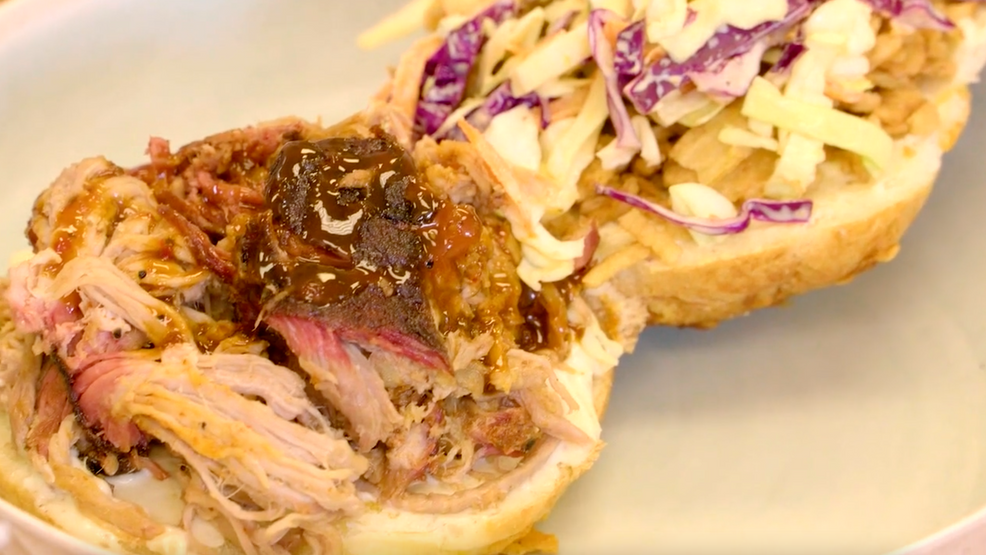 Family-owned Funky's BBQ built on love of music and meats

"Smell it before you see it!"

That's the motto over at Funky's BBQ, a barbeque and events company born out of owner Tayler Williams' love of cooking and tri-tip.

It's a vibe, hence the name, according to Williams. You walk in and instantly feel friendship and family, which is the feeling they aim to give at Funky's BBQ through their mouthwatering menu.

"Keep it funky, keep it simple," Williams said. "Funky is a word that we use as a term of endearment."

Before realizing his big BBQ dreams, Williams was a professional drummer playing with top musicians around the country — including guys from Tower of Power, TOTO and Boz Scaggs. His passion is still music, but now he's added meat to the mix.

"It's both of my passions - father's a chef and a musician. So, I've always grown up around both," said Williams. "I really wanted to work with my girls and my wife, so we basically came up with an idea just to start barbecuing and selling it to family and friends, and I got enough encouragement from everybody locally to start doing it as an actual full-time gig."

Once inside Funky's secret kitchen, you can tell it's a family-run business — it's all hands on deck.

"We are in tune with each other, and we absolutely know what the next step is with each other and to predict kind of where the beat is," said Allison Williams, Tayler's wife.

Today, you'll find the Williams family at events all over western Washington. His specialty might be the tri-tip. You could say it's a slice of BBQ heaven.

Funky's menu lineup steals the show — everything is handmade, from their special slaw to spicy rice and Allison's delicious pasta salad. And, of course, their pulled pork sammies and tri-tip. But their monkey bread and deserts are worth an encore.

"Our monkey bread has been called crack many times. We've had people come back and just tell us just how much they love it," said Autumn Williams, one of their daughters. She and her sister, Brooklyn, both work at Funky's — a true family affair.

The only problem with Funky's BBQ? It's tough to stop eating.