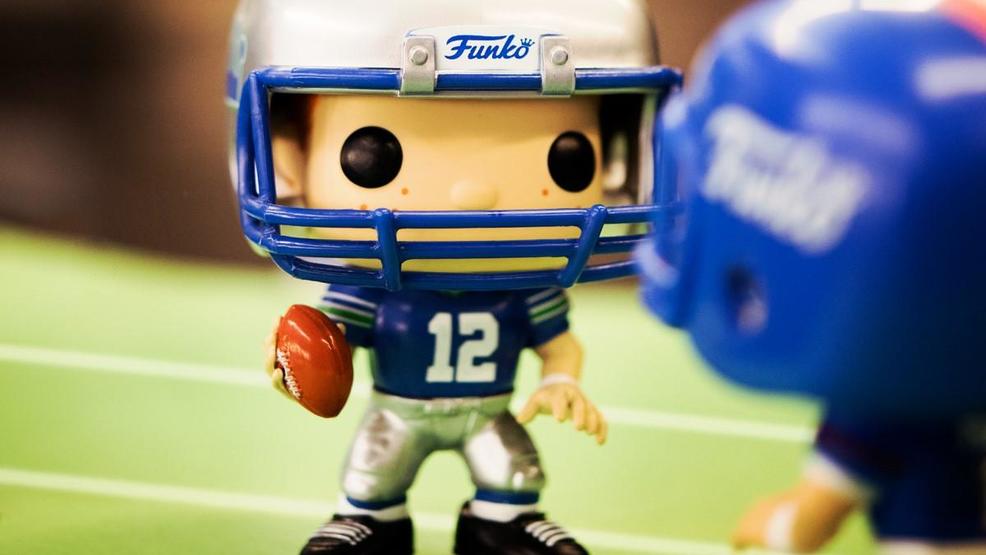 "As a collector, a diehard collector, you're always looking for something that can occupy your brain and your spare time. That's certainly how its been for me. I think its also for our fans too."

Brian Mariotti knows collectors because he is one himself.

"For me it's Pez, vintage Pez," said Mariotti. "It's 1966 Batman tin stuff from Japan, it's old Hanna-Barbera vinyl figures and it's He-Man."

His office feels less like a work area and more like a pop culture museum. Fitting since Mariotti is the President and CEO of one of the hottest collectible companies on the planet, Funko.

"I feel like Willy Wonka and the Chocolate Factory every day of my life. It's pretty cool," he said .

If Mariotti is Wonka, then Funko's licensing deals are their golden ticket...the thing that transformed it from a bobblehead company into one on the cutting edge of pop culture.

"A lot of cold calling," he laughs, as he explains the process of getting said licenses. "A lot of begging and borrowing. Anything we could do to get them convinced that we would do justice to their property. But, luckily everything kind of had a domino effect. Once Star Wars called us and offered us a license, everything kind of fell into place. I think that got us Marvel, and got us DC Comics, and got us Harry Potter."

That's right! If you've watched it in a theater or on TV, Funko has probably turned your favorite character into one of its signature Pops. They've even got the Seahawks and the Mariners.

"I think [Funko] is run by a bunch of geeks that love the stuff as much as they do," said Mariotti. "And I think if you're authentic, and you come across as authentic and you really put a lot of love and passion behind what you're putting out there, it's going to resonate."

Funko is turning out as many as 4,000 new products a year. The best place to get your hands on them is the Funko HQ store, right below the company's offices in Everett.

"There's always a line on Saturdays and Sundays - a line out the door," said Molly Hartney, Funko's Chief Marketing Offer. "It wraps around. You can grab a bagel down the street while you're in line,"

Inside you can explore all sorts of different worlds including Batman, Marvel and Star Wars, but the store's signature attraction may just be the Pop Factory.

The thing about Funko, is it's like one of those choose-your-own-adventure books come to life. And no matter where you decide to explore, you're going to leave with a smile on your face.