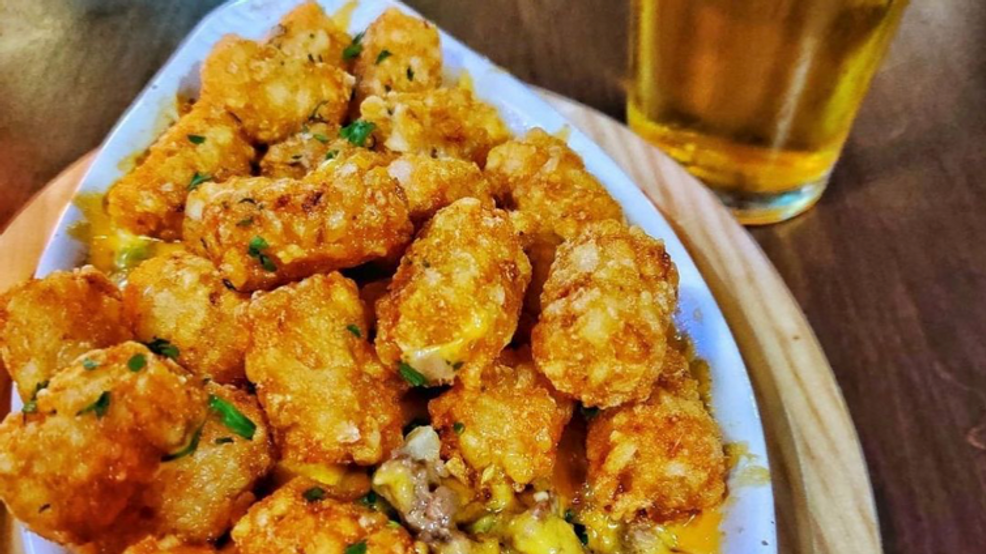 Step inside a seemingly nondescript building on 6th Avenue Southwest in old Burien, where neon signs in the window proclaim the establishment offers fine foods and cocktails, and you'll find yourself transported to a different era and a whole different part of the country: the Midwest circa the 1970s.

"People are so nice. There's a real sense of community. You know, it's cold. Places like this, where there's a big fireplace, big comfortable booths. It seemed like a really good fit," said Tyler Rebman, chef and co-owner of Fireside.

Fireside comes from the minds of Rebman and Matt Pontious, two buddies who grew up a couple blocks away from each other in Rockford, Illinois. Though they both found their way to Seattle separately, the pair has been dreaming about opening this place for some 20 years.

"For a long time, (Pontious) has been collecting fish and beer signs, stuff like that. He was like 'one day we're going to do a killer bar', and we achieved it," said Rebman.

The two partnered with Jose Betancourt to bring the project to fruition. Pontious, a builder, created Fireside's cozy vibe with big, velvet booths, dark wood, dim lighting and, of course, a crackling fireplace. While in the kitchen, Rebman is serving the food he grew up on.

"We just wanted really good, delicious bar food that was very accessible. Nothing over the top, but everything is made with a great deal of love," explained Rebman.

The menu at Fireside is loaded with comfort food, like a classic German pretzel served with grilled kielbasa and house made beer cheese, and the Cincinnati chili, Mediterranean spiced beef chili served the Cincy way, over spaghetti with a heaping mound of Cheddar cheese. There's also smash burgers, chicken sandwiches and one house favorite that's a true Midwest staple: fried Walleye.

"Walleye fish fries were like every Friday night (growing up). Sourcing Walleye was interesting, but we actually found it," said Redman. "It's a very popular dish. People love it. Just a really mild freshwater fish. It goes really well with some fries and tartar sauce."

To wash it all down, it's only fitting Fireside offers a selection of specialty cocktails.

"In the Midwest, (cocktails) are a big part of going out. Supper clubs and stuff like that. Brandy Alexanders, Pink Squirrels, Harvey Wallbangers. Interesting stuff that you don't necessarily see every day," said Rebman.

At Fireside, options include the Minnesota Mule, made with vodka and aquavit, a spirit made from caraway seeds, or the Chicago Sour, featuring a liquor a lot of folks in the Northwest haven't tasted before: Jeppson's Malort.

"Jeppson's Malort is made with wormwood and also absinthe. It's also known as the champagne of pain. The best way to describe the flavor of it is pencil shavings and heartbreak," said Isac Cantu, general manager of Fireside, with a laugh. "It's great with cocktails. The best way to use the Malort is to use a little bit of sweetness to counter the bitterness."

It's a cocktail that's sure to warm you up, much like a visit to Fireside itself. The restaurant is a homey, comfortable slice of the Midwest in the middle of a vibrant Northwest community.

"It's nostalgia-based, 100% from our perspective, and we just want to bring people into that feeling," said Rebman. "Whether it's really cold outside and you just want a cozy booth by the fireplace or it's summer and it's just hopping down here, there's so much stuff going on. Burien is a great spot."

Fireside Burien is located at 15212 6th Ave SW and open Tuesday through Sunday.

Where should we should we go next? Email Seattle Refined's Brandon Burnstead.