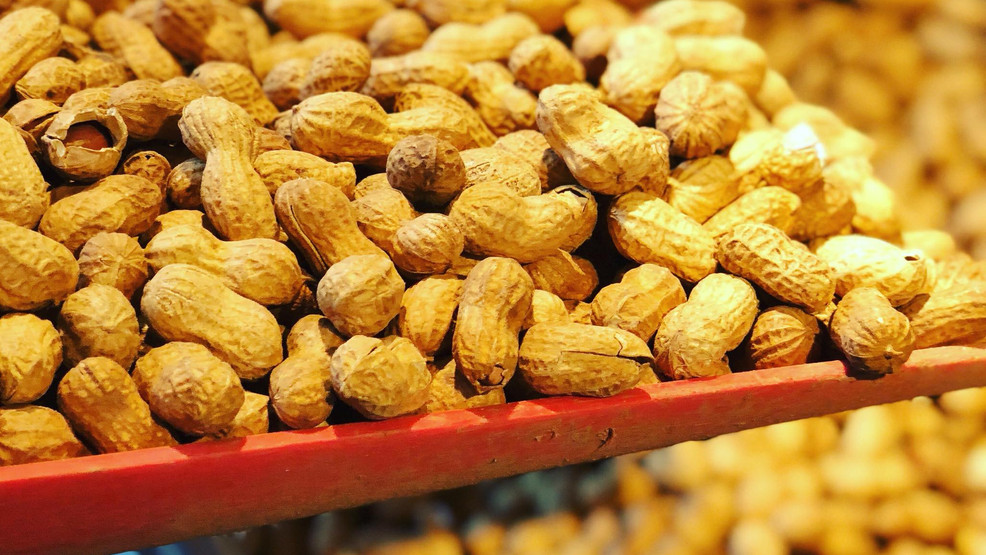 Had peanuts at an M's game? Chances are they're roasted in Kingston at CB's Nuts

Few things go as well together as peanuts and baseball.

If you've picked up a bag at T-Mobile Park, or a local grocery store for that matter, its a good bet they were roasted in Kingston at CB's Nuts.

"CB's Nuts is a craft roaster," said founder Clark Bowen. "We use barrel roasters to make the best peanuts in the world."

Bowen first fell in love with roasted peanuts during a trip to Baltimore's Camden Yards in 2001, while following the Mariners during their record breaking 116-win season. So it makes sense, he started the business roasting outside what was then Safeco Field.

"It was a fun time to be alive. I'd roll up on my motorcycle, let down the trailer, wheel out the tent, wheel out the roaster and away we'd go," he said. "I'd be in the ballpark by the second inning enjoying some fresh peanuts and had some beer money in my pocket. Life was good."

What started at the ballpark became much bigger after his wife Tami, now the president of CB's Nuts, entered the picture.

"When I met Clark, I thought he was crazy because he was like 'I sell balloons and peanuts,'" she said. "I was like 'who are you?' Then you taste a real fresh peanut and it's like 'oh my gosh, everyone needs to know about this.'"

Now, thanks to a lot of hard work, pretty much everyone does. Folks can find CB's Nuts nationwide. They've got a roasting stand inside T-Mobile Park and, fittingly, a piece of the old Kingdome dugout at their retail shop, a converted firehouse located just a few minutes from the Kingston ferry terminal.

"I roast here, tree nuts, just about every week. It's so fantastic to have a guest come in...and you're like 'here, try that'. It just blows their mind," said Bowen.

Bowen's secret is slow-roasting, a process he learned firsthand at flea markets in Southern California and remains committed to today.

"The slow roasting unlocks all of the oils," explained Bowen. "Everything is being unlocked and then it's being roasted and exposed to that whole flavor profile of the heat. So, when everything cools back down and it's an edible peanut, it just has a rounded flavor that is second to none."

At the CB's Nuts production facility just down the road from the retail shop, refurbished 100-year-old roasters slowly turn the peanuts until Bowen's ideal roasting profile is achieved. Some of those peanuts go straight into a bag. Others will end up one floor down, the only ingredient in peanut butter.

With its hybrid 'Creamunchy' grind, CB's Nuts peanut butter has become one fo the company's most popular products. While it can be found all over the U.S., during my visit the batch they were jarring wasn't headed for store shelves.

"We have been busy supplying the food banks in Washington during COVID," explained Tami. "To be able to step up and help our community and be a go-to source for the state to provide shelf stable protein for people who are going through a hard time right now, that's a real sense of pride for us."

And Clark, Tami and the team take pride in everything they produce. That's why, even as CB's Nuts continues to grow, the company remains rooted where it began, in Western Washington.

"It's an amazing thing to think about becoming an iconic Northwest brand and I think we're getting there as a company," said Bowen. "We just hope to continue to do right by that legacy and what that means for us as a company and as a community.