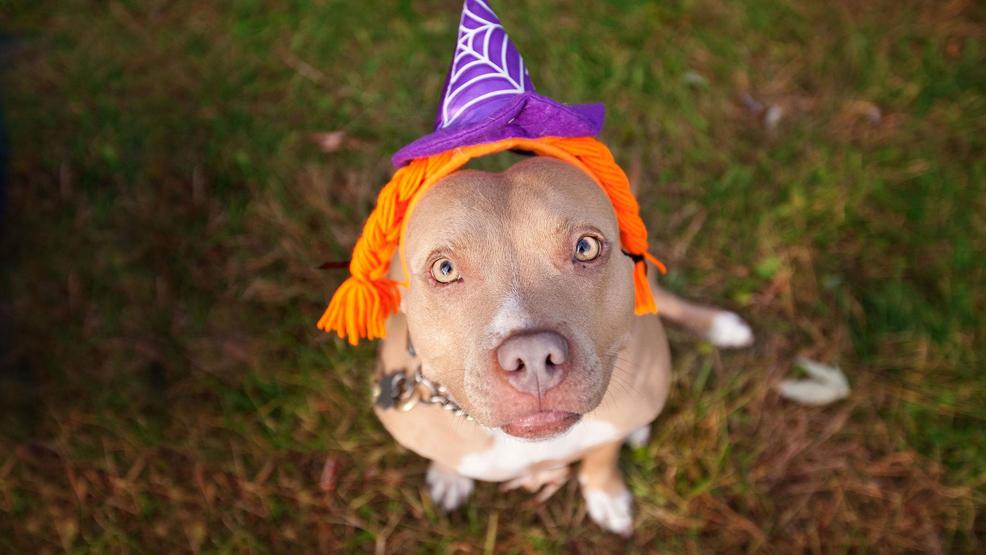 Why Not Me: Let's Find Kenzie a Home

Kenzie is a special and spunky six-year-old girl and has had quite the journey since originally being rescued in 2015, but she's now more than ready to find her forever home! Through trails and tribulations she has stayed her wonderful and sassy self.

This sweet girl is the definition of a "pocket pit bull" weighing in at 40 pounds. In a perfect world, she would prefer to be cuddled up and snuggled all day long. She is the master of the "blanket burrito" and seems to love being swaddled in a blanket during the winter and summer. She is so talented at this burrito skill that sometimes the folks at Forgotten Dogs Rescue can't find her because she has herself completely covered up!

Kenzie does very well with other dogs in her foster home, but she is definitely a little bossy! She is usually a laid back and easy going friend, but has to be properly introduced to other doggos. She has developed some reactivity to other dogs on walks and in public, which her foster home is working on with her.

In the summer of 2018 the folks at Forgotten Dogs Rescue noticed Kenzie was having some discomfort and it turned out her luxating patella (when a knee cap slips out of place) had started to cause her pain. She was placed on medical hold until she was all fixed up and she had two surgeries to repair a severe luxating patella in her left hind leg, and after she healed from those, her leg is MUCH more stable and she feels so much better! Even though she is all healed up, she will always have a bowed out gait when she walks due to her abnormal physical conformation.

Fast forward to January of 2019, Kenzie was finally ready to start looking for her forever home again when she was hit with another medical emergency. Her foster mom woke up one morning to find Kenzie completely paralyzed in her hind end. She was rushed to WSU Veterinary Hospital, where an MRI revealed a herniated disc, and she had emergency surgery to relieve the pressure. After over a week at the hospital, she returned to her foster home to continue her recovery.

Kenzie has regained full function in her back end, although she will always walk with a bit of a “sway” as her balance isn’t the best. She sometimes needs a bit of help getting up on the couch (her favorite place!), and lots of stairs are a bit difficult for her but Kenzie is able to walk and run around just fine. Her lack of coordination doesn’t dampen her spirits at all.

Due to her back leg and spine issues, Kenzie is low to medium energy. She’s not a dog who can go on long walks or hikes, but she enjoys short strolls around the neighborhood or running around in the backyard for a few minutes followed by coming inside to curl up under her blanket and cuddle with you.

Kenzie has been known to have a bit of a Diva streak. Because of this, her ideal home will provide consistent, clear boundaries and structure. Kenzie is a smart and will try to test some boundaries if allowed. She responds best to a firm, calm and confident handler and when she has all of these things, she will be an absolute delight.

Kenzie would be best in a home without cats or little kids. She is crate and house trained and, while she doesn’t need a yard to run around in, she would not best in an apartment given her vocal nature and reactivity. If you are interested in learning more about Kenzie, check out www.forgottendogsrescue.com for more!