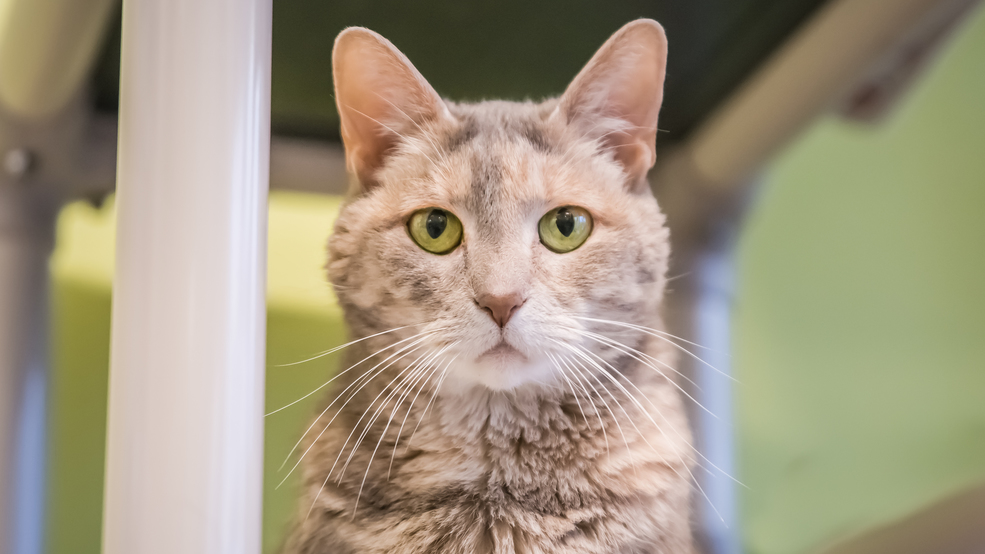 Why Not Me: Let's Find Your Highness Gracie a Home

If you've been on our website, social media accounts or watched our TV show for even five minutes - you'll know immediately that we are over-the-moon obsessed with pets. Which is why we could not be more excited to partner with Pawsitive Alliance for their #WhyNotMePets campaign, that spotlights animals from all sorts of rescues around the state who need an extra paw in getting adopted. These animals aren't the puppies or kitties that get snatched up right away, they're usually pets who have lived through some tough stuff in this crazy world of ours. And guess what? Those are the ones who desperately need a loving family! So share this post, click the forward button - heck, call someone up on the phone who may be interested! Let's find these pets the homes they deserve.All rise! Your Highness Gracie has entered the building.

This 9-year-old torbie queen (tortoiseshell-tabby) is not shy about asking for (and demanding) the attention royalty deserves.

Your Highness Gracie does have some health concerns - she has kidney disease and chronic lymphoma. Kidney disease is actually fairly common in older cats, and while there is no cure, it has be slowed down with diet and medication. Chronic Lymphoma is also (unfortunately) common; it's the most common cancer in cats and is fairly responsive to medication. Prolonged remissions are also common! This is what everyone at Seattle Humane Society who has met Gracie, is hoping for. She is currently on a very small amount of chemotherapy medication, and is responding well to it.

But despite this, Your Highness Gracie is still an A+ cuddler who likes talking to her people in a sweet little chirping voice. She is known to "flop" into her human's arms, and "help" you meet the bed by burrowing under the covers.

Other cute quirks include chasing toys, and upon getting them - promptly dropping them into her water bowl. Obviously.

In fact, her entire relationship with water is very interesting! She likes drinking straight from a faucet, and when she's eating, she likes to scoop her kibble into water - and then eat it, once doused.

Since she is an older lady who is focusing on getting better, Gracie should go to a quieter home where she'd be the only pet (i.e. no one chasing her around)! Any kids in the house should be teenagers or older.