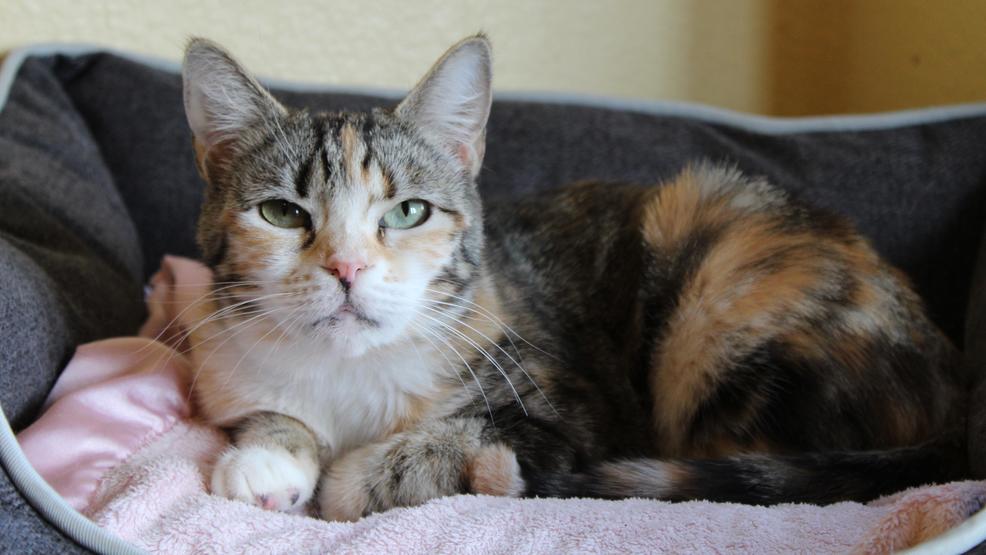 Why Not Me: Let's Find Etsy a Home

We know looks aren't everything, but gosh darn-it if Etsy isn't one of the most gorgeous kitties we've ever seen. Those colors!

This 5-year-old rescue is currently residing at Pasado Safe Haven, where she's been for about a year.

"[She] came to us from a hoarding house," said Joan Hovis, the Lead Cat Caregiver at Pasado's. It was one of the worst cases of hoarding the rescue has ever seen, 39 cats were taken from horrific living conditions in Naches, WA - four of which didn't survive.

Understandably wary of humans when she first arrived, Etsy didn't come near anyone at first. All she had known for the first part of her life were other cats, so humans were new - and kinda scary.

"She would just hide in the corner," said Hovis. A year later, Etsy tolerates humans in the way most cats do, letting them pick her up, pet her, and play. She is a bit shy, so a new family would need to have a little patience as she got acclimated to her new life - which Joan says she's 100 percent positive she'll do with some stability.

"She would need some patience, a person to bond with," she said. "Somebody that would enjoy a lap cat. She will eventually find her person and just be the most amazing cat."

Cats on the other hand, she doesn't just tolerate. She adores.

"She loves other cats - she plays like a kitten! Plays like crazy. She runs around, gets the zoomies," laughs Hovis.

While she's shown no signs thus far - Etsy has tested positive for FIV (Feline Immunodeficiency Virus), a virus that weakens the immune system once it takes hold. Infected cats can go years (and sometimes their whole lives! )without symptoms, and it's incredibly slow-acting.

"She's not currently on any medications," said Hovis. "They [FIV cats] can live the exact same life as those that aren't FIV positive. None of our cats have shown signs of the disease progressing, but they should be indoor kitties."

Pasado is looking for a home for Etsy that:

"She's not got a mean bone in her body, she's the sweetest cat," said Hovis.

Is Etsy meowing your name?? Fill out an application online here or email adoption@pasadosafehaven.org.