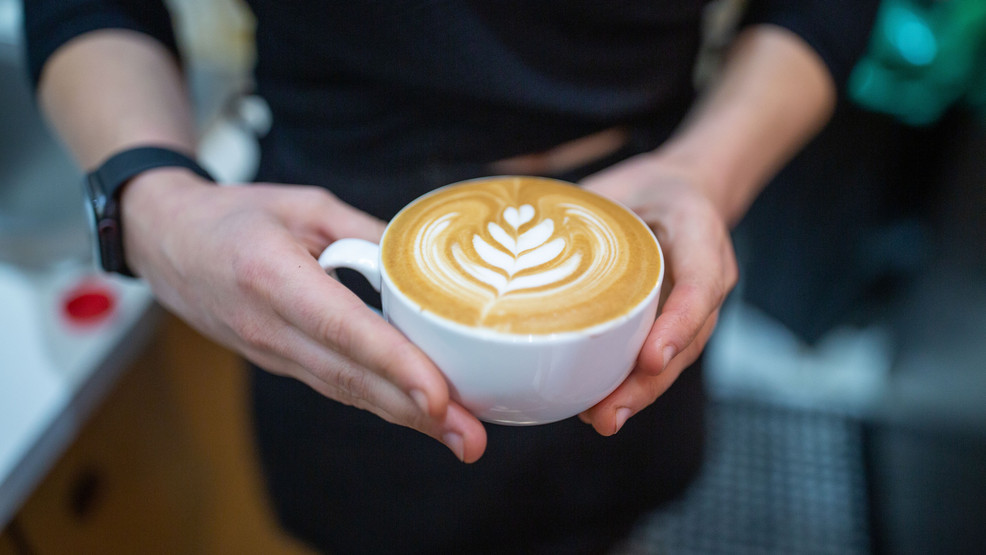 Monorail Espresso, Seattle's first mobile coffee cart, has been a favorite for decades

In 1980, the year Monorail Espresso began, Starbucks was a coffee bean wholesaler, still four years away from pulling espresso shots. Only two other businesses in Seattle were making espresso at the time, Cafe Allegro and Bus Stop, but neither in the same way as Monorail Espresso. From the city's first mobile coffee cart parked outside the original entrance to the Monorail, Chuck and Susie Beek introduced the art of Italian espresso to Seattle.

The cart was the first of its kind, built by two La Marzocco salesmen, Kent Bakke and John Blackwell, from a surplus Boeing shuttle cart. It was inspired by the coffee kiosks in train stations across Italy, where patrons grab an espresso at a coffee bar and slurp it down while standing before catching a train. The cart was first operated by a man known as "Cappuccino Craig" before Chuck Beek, a former flight attendant, purchased it.

The mobile cart proved a savvy business, as, by the 1990s, hundreds of coffee carts lined the streets of Seattle. Today, Monorail Espresso has three locations, one on Pike near its namesake, another on Westlake in the Denny Triangle, and one inside the lobby of the Columbia Center, but none operate as mobile carts.

While the original cart still gets pulled out of storage from time to time, since 1997, Monorail Espresso has operated as a walk-up window. After the original entrance to the Monorail was torn down to build the Westlake Mall, the cart floated around Pike and Pine between 4th and 5th Avenues for a few years before it landed under the marquee of the Colosseum theater.

After the theater closed, Banana Republic moved in, remodeling the building for retail, but included a walk-up window in the redesign where today, over 40 years since the business first started, the shop remains. Chuck and Susie Beek have retired, but the business lives on in the hands of Aimee Peck, who started as a barista with the company in 2008 before becoming the owner in 2012.

Monorail Espresso's move into a physical space was part of a larger movement of carts transitioning to coffee shops. By the new millennium, coffee carts had largely disappeared, even as craft coffee culture only continued to grow. The famed Espresso Vivace similarly started as a cart on Broadway before becoming a brick and mortar. There are many speculations as to why mobile coffee carts declined, from dealing with inclement weather to the popularity of sit-down coffee shops driven by giants like Starbucks, but Peck suggests another factor: strict regulations.

"The health department made it really hard for coffee carts to be a thing, it's kind of why we got a late start on the whole food truck trend, our health department restrictions made it impossible to do, it wasn't until relatively recently that they lifted it and made it possible for more mobile stuff to happen," said Aimee Peck.

Monorail Espresso is no longer one of just a handful of espresso makers in the city but remains a local favorite nonetheless. Aside from quality beans and brewing technique, Peck credits something else for the success, "Baristas can be pretentious and intimidating, and customers don't like that. So we've always just been sweet, kind, and want to educate, not put people down."

The baristas she mentions are a predominantly female staff. Peck, who has been in the coffee industry since she was 17, noticed coming up in the coffee world and traveling to global expos that the industry was dominated by men. Through educational trips visiting coffee growers in Costa Rica and the La Marzocco factory in Italy to providing healthcare benefits, Peck creates meaningful positions for women interested in honing the craft of coffee and growing within the industry.

Mobile or not, Monorail Espresso has defined the coffee scene in Seattle and continues to set a high standard for espresso. The business has adapted to changing times but remains the place to taste a bit of Seattle's coffee history — and it goes down smooth.