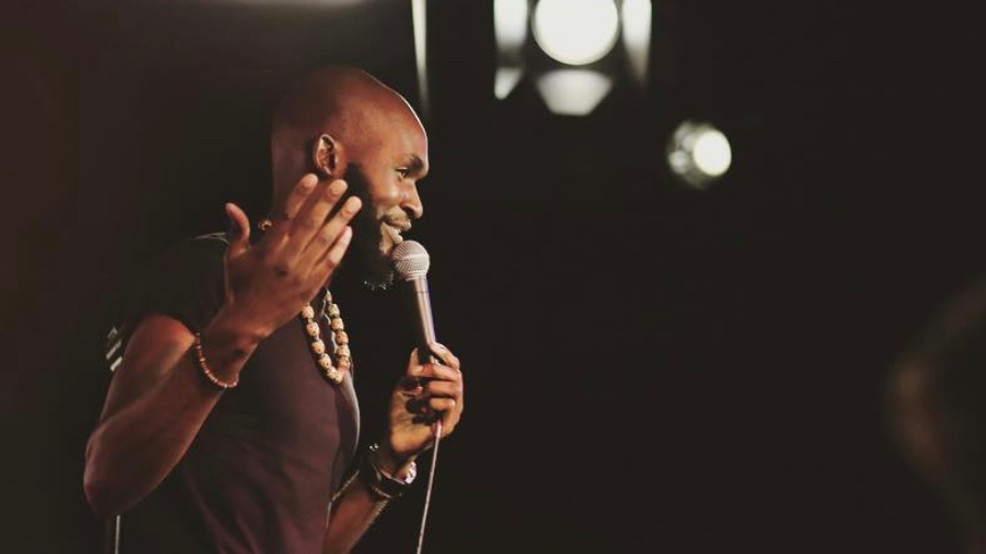 One of the first things you see when you look up Josh Otusanya on social media is the sizable 5.1 million people who follow him across various platforms.

You'll see he's a content creator, standup comedian and generally just a really cool guy who wants to help make life a little bit easier for others — but what isn't as obvious is everything it took for him to get to where he is.

"The whole space of entertainment, comedy, everything. It's very difficult, very ruthless," the 27-year-old Lake Stevens native said. "I started with YouTube, and I did YouTube for probably three, four years to no avail. No views, nothing was hitting at all."

That was, until TikTok. Otusanya started posting on the social media app in January 2020 and hit 100,000 followers on June 22, which happened to be his birthday. It's also when he decided to make a change.

"My content was kind of all over the place. I wasn't really talking about things that matter to me, and I was kind of emulating other creators as well," he said. "I realized that I'm in this weird space where I love to entertain, make people laugh, but I also love public speaking, like improving people's lives, giving tips and tricks [...] When I had that realization, I said, 'Why don't I just hone in on combining both?'"

It worked — in just two months, he reached 1 million followers, which has since grown to 4.8 million.

After graduating from Lake Stevens High School, Otusanya went to Bradley University with the dream of being a professional soccer player. After an injury and surgery, that didn't pan out the way he had hoped. His trajectory changed junior year when comedian and actor Godfrey performed at his university.

After that performance, Otusanya said his friends told him he needed to try standup — and that was the moment the seed was planted. He later signed up for an open mic at a nearby comedy club without telling anyone.

"I didn't tell anybody because I was like, look if I'm really bad, I don't want to have all my friends see me be bad," he said, "but that's when it started. That was when the bug hit, and I didn't look back."

Otusanya went on to study improv comedy at The Second City in Chicago — which has seen the likes of notable comedians including Tiny Fey, Steve Carell, Stephen Colbert and Amy Poehler — and Upright Citizens Brigade in New York. He also ran a show at the Laugh Factory with fellow comedians Bill Beteet, Clay Hurlbut and St James Jackson called the "Young Hustle Show."

But with the ups come the downs.

"I took a lot of rejection," Otusanya said. "Eventually, when I was in Chicago, that's when I had the idea of why don't I try to find a way to just choose myself, so to speak. So that's when I started trying to create content online."

Before he started to gain serious momentum on TikTok 10 months ago, Otusanya said he probably made around 150 YouTube videos, wrote 400 articles and posted 500 videos on TikTok. Digging deep and finding his niche and passion was a game-changer.

Otusanya shares life hacks/advice, tips and tricks through comedy — like habits that drain your energy, signs someone secretly dislikes you and phrases that show you lack confidence, for example. And his comedy x advice model has deeply resonated with his audience.

"I think it's very important in social media [...] to find a way to be yourself, be authentic and offer something in a different way that people haven't experienced," Otusanya said. "It's not about being better. It's about being different."

Jumping from one million followers to 4.8 in just about a year has been a whirlwind, sort of surreal for Otusanya. But he said he has to psych himself out of that mindset sometimes and remember how much he's done to get to this point.

"You really can make things happen for yourself if you really believe in yourself and have the right people around you, and set your goals and really work for those goals and have an intensified focus," he said.

To him, comedy is a universal language that everyone can understand, and the ability of social media to connect us with one another is powerful. Seeing what the two can do when combined together, "that just blows my mind. It's really amazing," he said. Otusanya plans to continue building his following with content creation while also learning more about the business side of social media. And once it is safe to do so, he wants to plan tour dates and meet and greets, among other in-person events — "I definitely want to [...] see where this thing can go."