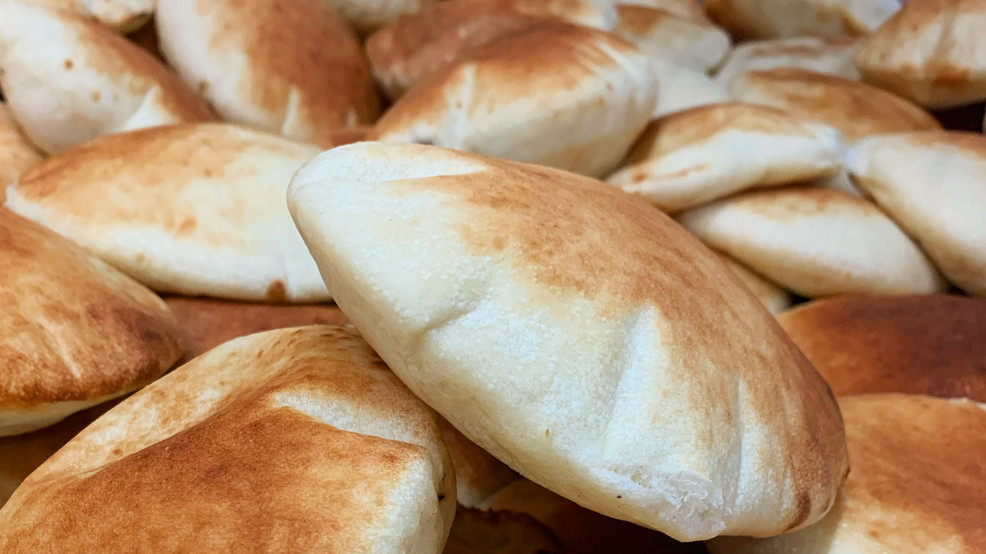 “I didn’t really think it through," laughed Nechirvan Zebari. "In hindsight, it was a really bad idea.”

Not usually how an owner and baker speaks about opening his shop, but one taste of Zebri's Samoon bread (Iraqi-style diamond-shaped pita bread) from Alida's Bakery in Everett, you’ll be happy he took the risk of going into business.

Alida’s Bakery is quietly tucked in a strip mall in Everett, where inside an array of Middle Eastern breads and pastries are baked fresh daily, items never seen on most bakery shelves in Seattle. From kanafa, a shredded phyllo dough pastry stuffed with cheese, to za’atar manakish, a flatbread generously coated in a Middle Eastern spice mix called za’atar, Zebari bakes the foods of his childhood and upbringing as a Kurdish immigrant to the U.S.

Before opening a bakery, Zebari was a critical care nurse at Swedish Edmonds and continued to work as a nurse for the first two years the bakery was open. He even worked in a COVID-19 unit at the hospital during the first wave of the pandemic in the spring of last year, but by the end of the summer he left the position.

“It was one of the hardest experiences of my life, it burnt me out completely as a nurse,” said Zebari. He then turned to baking full-time. Despite a pandemic and state restrictions on businesses, Alida’s became busy enough that Zebari no longer needed a second income to cover the bills; the bakery went from baking 80 pieces of bread a day when it first opened, to now producing about 70,000 pieces a month.

Getting to those numbers wasn’t easy, however, and there was a lot of trial and error. Zebari launched his bakery as a novice baker, without professional experience, but with a passion for traditional Middle Eastern breads he couldn’t find anywhere else in the city. His brother and sister-in-law taught him family recipes and techniques, hence why the bakery is named Alida, a combination of his brother’s name, Ali, and his sister-in-law’s name, Khalida. But baking at home he would learn was completely different than doing it commercially. Bread is particularly difficult to master because of how susceptible it is to the elements, from humidity to temperature.

“Every day is different and presents different challenges,” said Zebari.

Perseverance, it would turn out, is a key ingredient to baking bread. When Alida's first opened, Zebari struggled to get his pita to make the signature pita pocket in the center of the bread. So, he tinkered with the technique for nearly six months before getting it right.

“It was like putting together puzzle pieces,” he said, playing with everything from how long he proofed it to the time and temperature he baked it. Now his Saoka pita bread is the hallmark of his menu, light and fluffy unlike the thin, almost papery pita sold in grocery stores, and yes, it has the perfect pocket in the center.

Through his bread and desserts, Zebari has been able to share a piece of Kurdish culture with Seattle. His family came to the U.S. when he was only five, forced out of Iraqi Kurdistan. The Kurdish people are an ethnic minority in the Middle East that has long pursued an independent nation-state and has been persecuted as a people across the region.

“We were kicked out of our homeland and neighboring countries as well. There is pride [to being Kurdish] because of what we went through,” said Zebari. In sharing the food of his people, he hopes to give Seattlites a glimpse into Kurdish culture and an understanding of his people's history. “This is from our homeland, this is what our family makes, and we want to share it with people.”