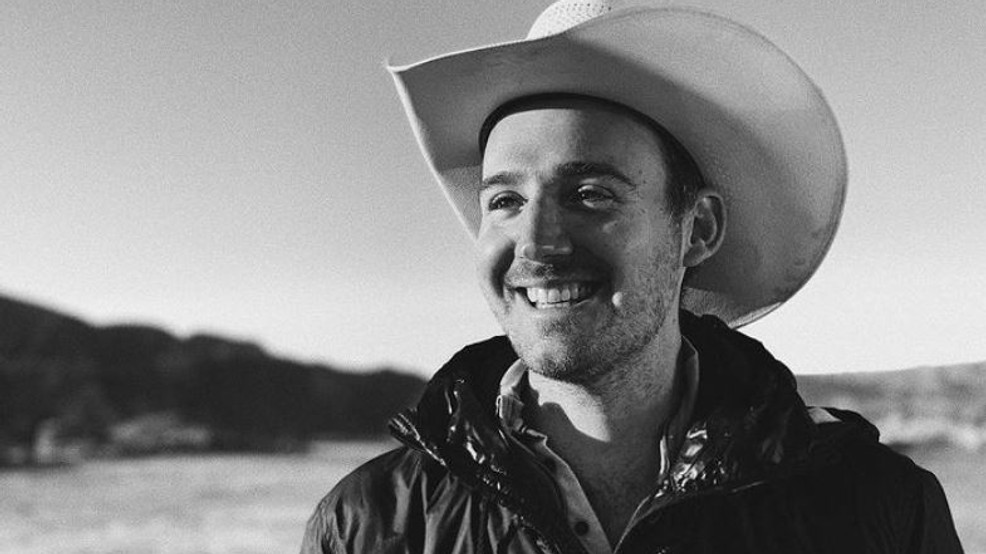 Growing up, Jesse Harris never could have known that the occasional trips he took with his parents to California's Anza-Borrego Desert would play such a big role in his professional life.

But for the past six years, Harris has been working on a film inspired by one of those visits that took him 1,200 miles from his Seattle home. Harris traces the kernel of his latest film back to a true story about his dad, an amateur botanist. It was his discovery of an invasive plant species spreading in the desert that "set off an entire story in my head," recalls Harris.

Now Harris gets to share his latest feature "Borrego" with audiences coast-to-coast when it opens Friday, Jan. 14. Harris wrote and directed the thriller, which stars Lucy Hale as a young botanist.

But this isn't the first time Harris is making his mark on the film scene. A Ballard High alum, Harris started his filmmaking career early, writing and directing his first feature when he was 17. Instead of taking the conventional college route, Harris took the money intended for tuition and funded his first feature film, which was eventually picked up for distribution.

As you might imagine, getting a film made at any age can prove challenging. But being in your teens and far from any real film scene creates its own set of complications.

Harris began to hear from others with similar challenges. So he became hell-bent on helping other young filmmakers navigate the process and have access to networks, mentors and a venue to showcase and celebrate their work - a Sundance for filmmakers under 22, if you will.

That's when Harris co-founded the National Film Festival for Talented Youth, or NFFTY.

What started as a one-day festival in Seattle in 2007 now spans four days and screens nearly 300 films from 24 different countries. In recognition, Variety magazine named Harris one of 25 talents who transformed youth entertainment.

Even after Harris turned over the reins of NFFTY to focus more on his own career, he remains a tireless and enthusiastic supporter of young filmmakers. He’s been known to respond to young filmmakers seeking advice on Instagram and even offered the use of his LA home, rent-free, to someone looking to finish their first screenplay while he was off shooting Borrego.

Back to the Desert

In between traveling around the globe directing commercials for the likes of Disney, Coca-Cola, and Virgin America, Harris sat down to start on his own script. News reports of small ultralight planes being used to bring drugs over the border in the same region he visited in his childhood swirled in his head. From there, the other pieces began to fall into place.

His finished script follows a young botanist who moves to a small desert town in California to study an invasive plant species, but must fight for her survival when she's kidnapped by an inexperienced drug mule after his plane crashes in the desert. Harris' idea was never to make a drug movie, but instead to "build a more authentic story of the everyday people who are forced into this life and how that could drive their motivations."

With script in hand, Harris tried for a couple years to get the attention of producers and financiers - no easy task. Eventually, Harris got his script in front of some big talent agencies in LA, including ICM, which represents Lucy Hale.

Hale read and embraced the script along with Harris’ vision. She met with Harris and immediately felt like they were on the same page about the project.

“I wanted to do this film because it was unlike any project I've been a part of," Hale recently mused while promoting Borrego. "I was looking to do something that challenged me - mentally, physically, and emotionally. This had all of those elements for me."

Harris was also eager to have Hale on board, "I realized she had this immense talent that was being underutilized and I got really excited about having her be the main character and almost unveiling her to audiences in a totally new way than they had seen her before. And she just absolutely nailed it."

With Hale now involved, the film was set in motion. In addition to playing the lead character, Hale took on the role as an Executive Producer as she remained involved in casting the rest of the parts and contributing to the creative process at times.

"More than anything, Lucy just put her weight and support behind Borrego,” recalls Harris. “I would not have been able to get it made without her."

Harris planned to set the film in the same California desert that inspired his story. But as principal photography was getting ready to roll in the spring of 2020, the pandemic threw a wrench into the production. Shifting dates and locations, “Borrego” began filming in the Tabernas Desert that fall.

"We shot in Spain in this desert that so many Westerns of the 50s have been filmed. So even though it wasn’t the Californian desert I wrote it for, it was a special place to be and ended up being a near exact match in look," recalls Harris.

With the film wrapped, Saban Films snatched up “Borrego” for distribution calling it a suspenseful, action-packed ride. They went on to state that, “Lucy Hale is terrific in a role which is unlike anything she has done before, and she shines under Jesse Harris’ masterful direction.”

Harris’ cinematic thriller, featuring an international cast is available on-demand, digitally and in theaters this Friday, including the Varsity Theatre in Seattle.

Harris hopes to be in town for a special screening at SIFF Uptown (where Harris screened his proof of concept for "Borrego" in 2018) on January 26.

"Having grown up in Seattle, I have such a connection. But also, my first feature I made at 17 was released there in theaters," exclaims Harris. "Doing NFFTY for nearly a decade and building such a great community of supporters, I just know people will want to watch it on the big screen if they can."