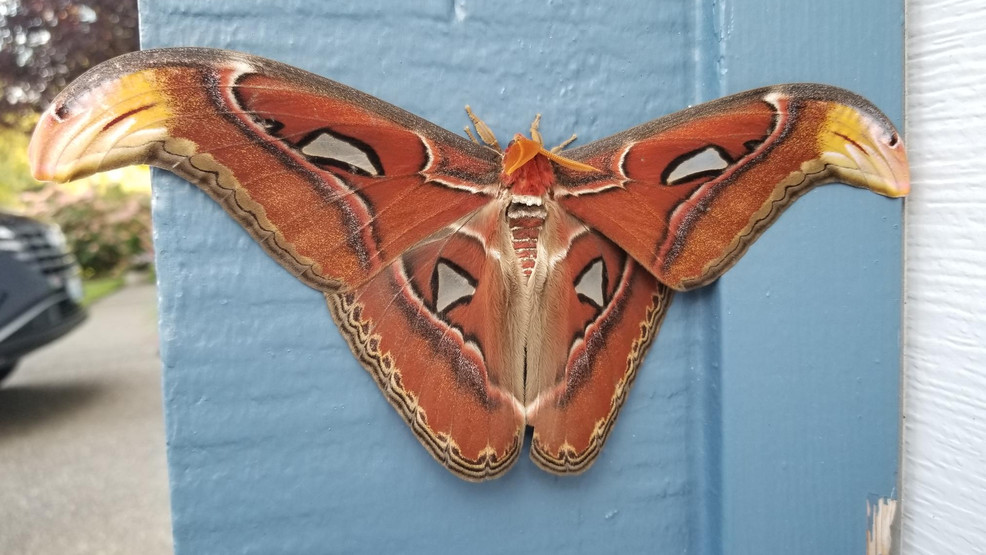 The largest moth in the world was found over in Bellevue, state officials are now working to find out if it was alone or if there are more living here.

An atlas moth was found in Bellevue was reported to the Washington State Department of Agriculture (WSDA) on July 7. Entomologists were able to identify it as an atlas moth and sent it to the USDA, which also confirmed it on July 27.

It’s believed to be the first detection of the moth in the U.S.

“This is a ‘gee-whiz’ type of insect because it is so large,” Sven Spichiger, WSDA managing entomologist, said. “Even if you aren’t on the lookout for insects, this is the type that people get their phones out and take a picture of – they are that striking.”

There are no traps for the atlas moth, so the WSDA said it hopes community reporting will help decide if there are other moths in the area. One atlas moth sighting does not mean there is an established population, the WSDA said.

The community is asked to take a photo, collect and report the moths if they are seen. They do not pose a public health threat so they can be safely handled and dealt with.

If you find it or think you do, you’re asked to send the photo to pestprogram@agr.wa.gov with the photo and where it was found.

The atlas moth is known to have a wingspan of up to almost 10 inches and it is illegal to obtain, harbor, rear or sell live moths.

“This is normally a tropical moth. We are not sure it could survive here,” Spichiger said. “USDA is gathering available scientific and technical information about this moth and will provide response recommendations, but in the meantime, we hope residents will help us learn if this was a one-off escapee or whether there might indeed be a population in the area.”