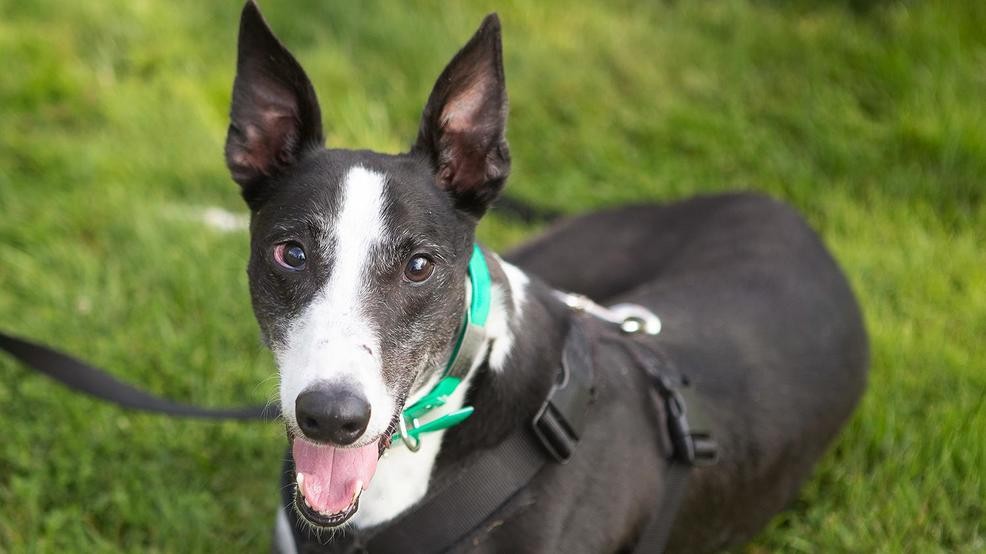 Why Not Me: Let's Find Sam a Home

Everyone, say hi to our very first #WhyNotMePet - Sam! Sam is a 5-year-old Greyhound, currently up for adoption at Greyhound Pets Inc (GPI).

Sam's backstory is a terrible one. He was born in Australia on Christmas Day, but then sold into greyhound racing at one of the deadliest racing tracks in the world.

"The Canidrome in Macau, now shut down, was the deadliest greyhound race track on the planet," said Robin, a volunteer with Greyhound Pets Inc. who walks Sam every week. "18,000 greyhounds were killed, primarily because they weren't fast enough."

If dogs at the Canidrome didn't place within five consecutive races, they would put them down.

"When the track finally closed in July of last year, there were 532 survivors. And one was this guy," said Robin. Greyhound Pets Inc. took in 19 of the 532 dogs, including Sam.

It's very clear that they did a phenomenal job with Sam, despite his tough background he LOVES people!

"He's such a sweet boy, it's amazing after all [he] went through," said Robin. "I mean, these dogs didn't even have beds. He had wood for a bed, he was lucky - but most of them were sleeping just on concrete ground. But these dogs are so loving, so great, all they wanted was a kind word and affection."

I mean, look at that face! For those who haven't been around greyhounds much, this breed is known for leaning on people! Yes, literally leaning - insert Bill Withers' hit song here. True to form, Sam loves it as well, and will cuddle up to you in no time. He also enjoys rolling around in the grass, catching treats, and playing with friends.

Sam wants someone to take him on everything from hikes to errands, and of course give him a tons of belly and neck rubs. He's big, so he probably shouldn't go home with small dogs and doesn't do great with cats. He's shown some signs of having trouble sharing (same Sam, same) so they don't recommend a home with little kids who will likely take all his things.

Ironically, Sam’s racing name was “Long Stay” and he's been at the shelter for a long time as well. Hopefully that will be over soon!

If you or someone you know is interested in Sam, please contact Moira Corrigan at fastpaws1998@gmail.com to set up a meeting.