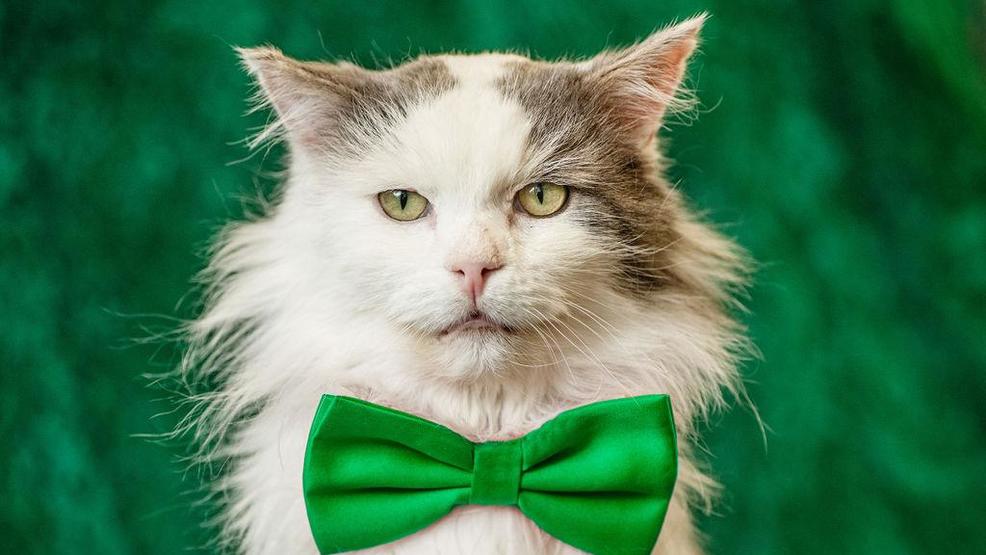 Why Not Me: Let's Find Herb a Home

A cat named Herb. Doesn't that sound like it should be the name of a novel?!

But this ain't fiction, folks - this is a real life, and aren't we lucky to have this 5.5 year old sweetheart in this world with us.

The fluffy lap cat is being fostered through Seattle Area Feline Rescue, and needs someone to head-butt for life.

"Herb is one of our nicest kitties," said Shelly Lawson, Development and Communications Director. "He has stolen all of our hearts. We absolutely adore him."

He has had some ongoing health issues, which has made it a little hard for him to find a home.

"We've had him for over a year, which is unusual," she said. "Most kitties find a home right away."

He's FIV positive, just like our pet last week (Etsy). If you'll remember, Feline Immunodeficiency Virus weakens the immune system. Herb need a daily pill, and Lawson thinks that's one of the reasons he may be having trouble finding a home.

"I know we think of [giving a pill to] a cat and it sounds like a nightmare, but he just scarfs it right up," said Lawson. "You don't even have to make him take it. You just put it in his food and down it goes."

Besides the daily pill, Herb is leading a healthy and happy life.

"He has has some chronic health issues but he's doing really well now," she said. "He got a green light from the vet to be adopted - he'll just need some vet check ups. But we think he's worth it. If you take a chance on Herb, you'll get so many head butts!

He likes other cats and children, so a home with kids or feline friends is more than welcome.

"He's a pretty laid back guy, he would do well in a lot of different environments," said Lawson. "He's used to being around other cats, so he'd be ok with some cat friends. He's just kind of a chill dude. Pretty much the best cat in the whole world."

Herb also has a party trick! When his foster mom taps her shoulders, the little cuddler climbs on up and makes himself into a purring scarf.

"In life, Herb just wants to be in your lap, eat his food, and play with a wand toy every once in a while," she said. "I know its easy to overlook a cat with some medical issues, or who needs a pill, but really he is so worth it. He is just the best and I don't think you'll regret it if you give him a chance."

One pill a day, that he easily takes?? Come on folks, this is a no brainer!