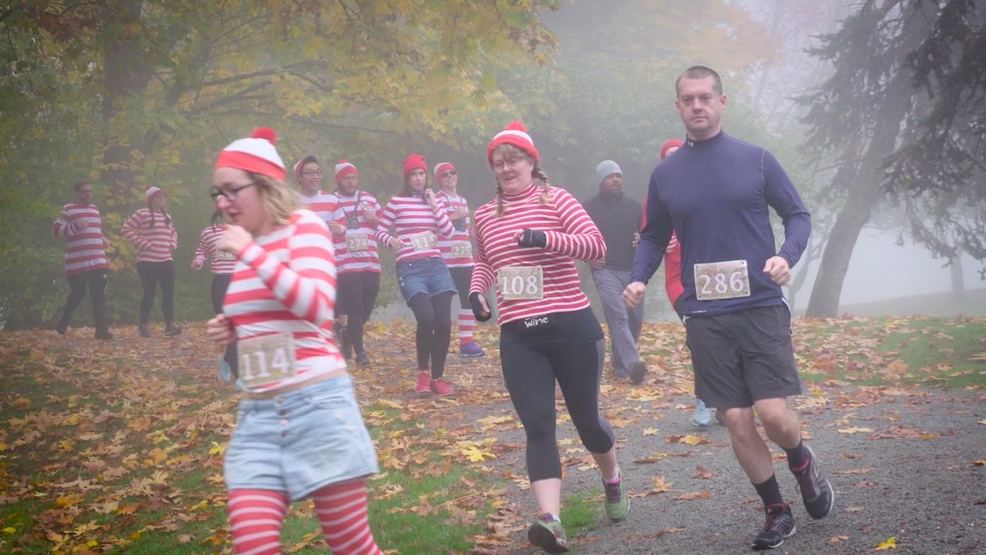 Where's Waldo? We found him in Seattle.

Waldo isn't normally an easy guy to track down but this past Saturday, more than 200 Waldos were in plain sight running through the early morning mist in Seattle's Cowen Park.

Husband and wife, Grace and Arnie Martinez own Run2BeFit.com which specializes in organizing wacky foot races. They said they thought a Waldo 5K would be a lot of fun. And, participants we spoke with agree but say they attended for different reasons.

“Exercise. And, honestly I’ve never been able to find Waldo in my life so I was trying to find Waldo,” Carlos said.

The Waldo theme was everywhere. Most of the runners wore the character's signature red and white striped shirt, hat and glasses. Card board cut-outs of Waldo could be seen in the woods along the race route, every participants race number bib contained a Where's Waldo puzzle and the first place finisher won a limited edition Where's Waldo Book.

They didn't finish first, but Terrel and Sesleigh definitely got a serious workout. They pushed their daughter in a baby carriage the whole way.

“Heavy, heavy." Terrel gasped, catching his breath. "I thought, I got this. But those hills really got me at the end. Legs are really burning,” Terrel said.

Grace and Arnie said a portion of the entry fees for the Waldo 5K will be donated to the Red Cross to help storm victims. And, if you're sad you missed this wacky Waldo race don't worry, Run2BeFit has a Star Wars themed Christmas Fun Run planned for December.