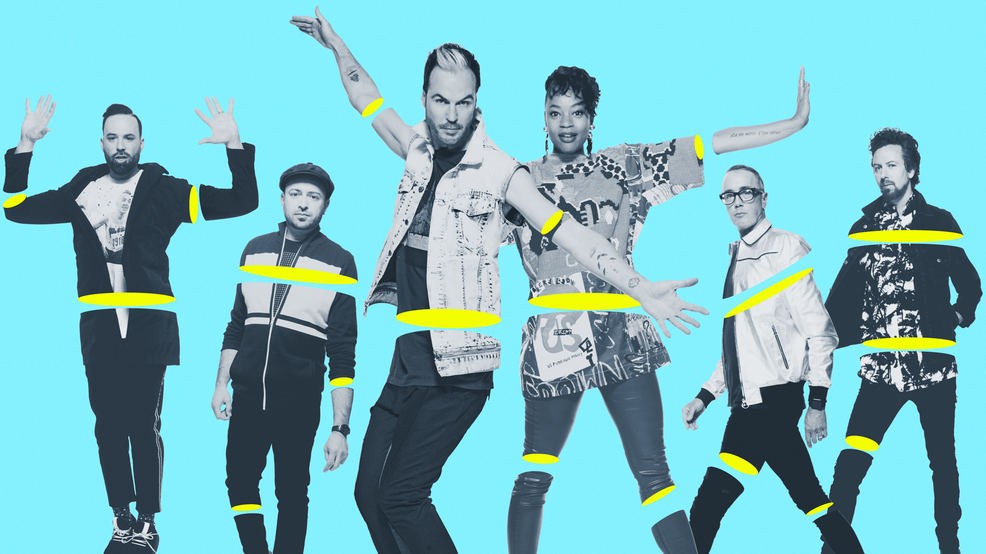 We're getting 'All the Feels' from Fitz and the Tantrums' new album!

The band Fitz and the Tantrums are known for making music that boasts strong beats and positive messages. Remember that mega-hit 'Hand Clap'?!? Their latest album 'All the Feels' drops on September 20th and is sure to delight their fans, old and new!

They are used to filling arenas - but over the summer they performed an intimate Star Stage, putting on a show for STAR 101.5 radio station listeners at Snoqualmie Casino. We got lucky and got to catch up with lead singer Michael Fitzpatrick.

"What’s really amazing is we’ve been on tour this whole summer, so we’ve been releasing songs every couple weeks. [We're] giving people a preview of what it's gonna be like. What’s really great is that you get to play it for your fans and right then and there, you kind get a get a sense of what they’re feeling and the reaction has been amazing."

"We worked really hard on this record," he explained. "It’s a big record, like 17 songs long, but we wanted to do all the feels." The band actually started with 80 songs and narrowed it down.

This is the bands fourth studio album and have been working together since 2008. But how did the iconic band get it's fun name?

"You know it was a good play on words - my first name’s Michael [Fitzpatrick aka Fitz] so nobody ever called me by my first name there’s way too many of us out in the world. Fitz and the Tantrums just kind captured the high energy knock-em-down-dance-party that we do live every night."

Even after more than decade as a successful band, Fitzpatrick still appreciates every minute.

"I try every night on stage [to take] one moment to sit still and breathe in and appreciate this moment. For me to go out on stage in front of thousands of people every night [is] a dream come true and it doesn’t – it never does get old."

The band has long defined being classified as one type of music - some people call them indie pop or new soul. "I mean for us, we’re just trying to mix up the styles of music that we do. [For every] album we’ve tried to continue that thread, but I think what we’ve found in playing the music out, is that joy element - [it's] an incredible thing," stated Fitzpatrick.

'Fitz' is also a dad of three young sons including a baby. His wife and kids even got to tour with him this summer.

"[My sons] are all musically inclined. My retirement plan is [to] make a boy band out of them, put them out on the [road] and retire."

Along with creating those catchy lyrics, Fitz's shock of gray hair - right in front - has become a sort of trademark for him. And YES it is natural.

"When I was 25 all of the sudden I got this shock of white, rocking my Pepe Le Pew, Cruella DeVille," he couldn't change it even if he wanted to. "People see me at the show from like five blocks away [and] they say ...Fitz!"

For more on Fitz and the Tantrums and their new album 'All the Feels' visit their official website.