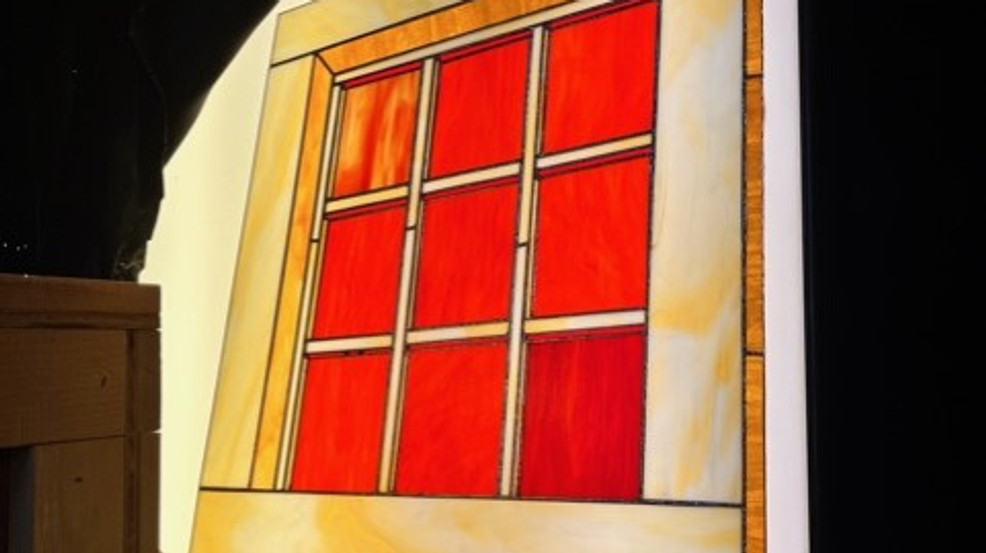 'We need art': Dan Webb sculpts wood and stone into the unexpected

It started with a hypothesis: Art could emanate and thrive from anywhere. You didn’t have to be part of the well-trodden art hubs of New York, L.A. or Berlin to count in the creative community.

From Dan Webb's perspective, it was just the opposite.

"I moved here specifically because it was not an art center," said Webb. "I thought that the conversation around creativity and culture was broadening, and I wanted to put my money where my mouth was. Seattle seemed like an intriguing place to test that hypothesis."

Webb is an artist, teacher, and all-around builder. In fact, he can’t remember a time when he wasn’t making something. When he was 20, a job running a broom on a construction site ended up being a fundamental moment in Webb’s career.

"Little by little, I began to learn how to use all of the tools, and understand how a house gets built," recalled Webb. "Along the way, I learned how to work with lots of different people and lots of different communication styles. The whole experience informed everything that came after."

These influences were on full display back in 2015 when Webb built a studio "shack" on the grounds of SAM’s Olympic Sculpture Park. Working out of this shack that summer, Webb carved various objects out of a Douglas fir tree that had to be removed from the park.

While he worked his chisel and saw, curious onlookers would stop by for a visit and a chat. Webb was more than happy to discuss his project as they took in the picturesque surroundings. But if the topic veered away from art, all the better for Webb.

"I’m not sure it’s important, or even that helpful, to know much about me," said Webb. "What I do think is important is that the work transcends a specific reading, or story, and becomes culturally useful. I’m trying hard to disappear, and make work that does the talking."

That’s not to say that Webb’s art lacks personal agency. He notes that pretty much all of his sculptures required overcoming something that the viewer will never know about.

"Even the ones that go unloved are steps I had to take on a very difficult path, so I’m grateful for all of it," he said.

Webb is known for his wood sculptures that include figures in shrouds, animals, furniture, carved chains, figurines, and other unexpected everyday objects. Some of the sculptures are fluid and smooth, while others include a rough-hewed element.

He’s quick to point out that he does not see any hard borders on what defines art, craft, and utilitarian objects — as his own work spans most of it, "I was a committed carpenter when I did that for a living. And I’m a very committed teacher when I do that now. All of it seems rooted in the same conversation."

Webb's work has been shown locally at the Greg Kucera Gallery and Bellevue Art Museum, as well as nationally in DC and New York. Even if you haven’t been to a gallery or museum to see Webb’s sculpture, you may have tripped across his work around town without even knowing it.

Webb has been commissioned for several public-facing artworks, including the 2010 Pike Place Market renovation. His playful series of six figures holding lightbulbs can be seen as you make your way down the Hillclimb leading to Western Ave.

On a larger scale, Webb recently found himself working with granite for a permanent piece that will be part of the Sound Transit art program. Transit riders, who will soon be traversing the Redmond Technology Station, will find Webb’s latest work, "Move Your Boulder." Spending over a year on the piece, Webb carved three massive hands from granite boulders weighing in at around 10 tons each.

Along his artistic journey, Webb recognizes those who have influenced him and helped him see he was on the right path, even when he felt really lost. The list is long, but Webb lists chief among them: artists Jeffry Mitchell and Ed Wicklander, along with gallerist, Greg Kucera.

Speaking of Kucera, Webb’s latest wood sculptures will be on display at an opening in April at the Greg Kucera Gallery. Webb, like the rest of us, commented that he "can’t wait to see it in the gallery."

The exhibit opens on April 7, in time for First Thursday in Pioneer Square.

So 35 years after working on the construction site where he picked up the tools of his trade, Webb continues to create out of the 'sheer wonder' of seeing what’s out there and his impulse to respond in some way.

"I want to keep challenging myself," said Webb. "I want to get better every day, and I want to feel like I can take that knowledge and make the coolest stuff I can imagine. If there was ever a time that people needed to connect with their humanity, I think that time is now. So we need art."