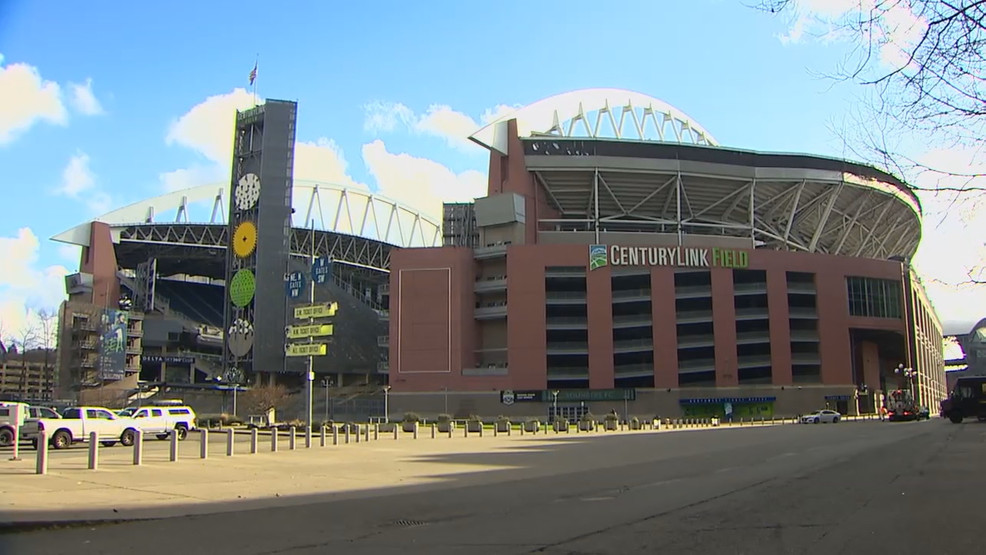 We got it! Seattle prevails in effort to host part of 2026 World Cup

FIFA made it official on Thursday afternoon, Seattle will be one of 16 cities in the U.S., Canada and Mexico to host the 2026 World Cup.

A dream come true for fans who have watched the game grow exponentially since the last time the U.S. hosted the event in 1994.

Seattle was chosen as one of the "western" cities along with Vancouver, San Francisco, Los Angeles and Monterrey. In total, 11 cities in the U.S. will be joined by three Mexican and two Canadian cities for hosting duties.

The teams in the event will be determined much closer to 2026 as each individual nation has to qualify first but we do know the 2026 FIFA World Cup will be the first to host 48 nations instead of 32 involved with the 2022 event in Qatar later this year.

As for which rounds Seattle will host, that's also to be determined, it could be part of pool play or perhaps even later in the tournament as part of a quarterfinal or semifinal round.

That's the fun part to be determined in the days, months and years to come. But the one factor is finalized.

Seattle, a world class sports city, will host part of the 2026 World Cup at Lumen Field.

A testament to the fan support seen for the game over the years including just last month when the Sounders won the CONCACAF Champions League in front over more than 68,000 fans.

FIFA confirmed Thursday that their final decisions went down to the wire today. Rest assured, the support from soccer fans even in May played a part in putting our city on the world's largest stage.

Cheers and sighs met FIFA's announcement of the host cities for the 2026 World Cup.

There were a number of no-brainers among the 16 World Cup sites, like the Los Angeles area, Mexico City and Toronto. But for some of the cities that were on the bubble, the announcement Thursday was a dud.

At a watch party in Washington D.C., the crowd was sullen when the last of the cities was announced. It was just the third time that a nation's capital has not been included as a World Cup host city. A similar scene played out in Denver.

Six cities that vied for games were disappointed in the end: In addition to Denver and the Washington D.C. area, there was Edmonton, Alberta; Cincinnati; Nashville, Tennessee; and Orlando, Florida.

“We're disappointed. Anybody that knows me, I'm a pretty competitive SOB. I don't like losing,” said Butch Spyridon, CEO of the Nashville Convention & Visitors Corp.

Nashville's bid was centered around Nissan Stadium, home of the Titans, but it was complicated earlier this year when the NFL team publicly pushed for a new stadium because of rising renovation costs for Nissan, opened in 1999.

“Not the news we wanted but on to the next thing,” Nashville Mayor John Cooper said. “And it was quite an elite group of cities that they were picking from."

Kansas City was one of those cities that wasn't a sure thing but prevailed in the end.

Despite sweltering temperatures, hundreds of people gathered at Kansas City’s Power & Light entertainment district erupted in cheers when Kansas City was announced as a host. Chiefs owner Clark Hunt, whose family has been strong soccer supporters since the beginning of Major League Soccer, said the announcement was the culmination of years of work by many people.

“Now we have an opportunity to showcase Kansas City on the international stage,” Hunt said.

Chiefs quarterback Patrick Mahomes is part owner of Sporting KC and his wife, Brittany, is one of three founders of the Kansas City Current in the National Women’s Soccer League.

“I want to be at every one of those games. I know Kansas City and how much they love soccer, and now with the Current and Sporting -- the city loves that sport,” Mahomes said a few hours before the official announcement was made.

Hunt's brother, Dan, chairman of the committee to bring the World Cup to Dallas, had loftier ambitions than just hosting games. He wants the final. A delegation from the city will travel to New York City on Sunday to meet with FIFA representatives.

Soccer's governing body won't announce the stadiums for knockout round matches until after the World Cup in Qatar later this year.

“This is a great opportunity to have this World Cup and have it on center stage right here in Dallas. You guys know how enthused I am about the Dallas Cowboys but this is unbelievably special for Dallas,” Cowboys owner Jerry Jones said at a joyous rally in that city.

Atlanta's celebration was marked with a bit of confusion when the city was announced on television in the Central region, rather than the East.

“It was Dallas and then Atlanta and it was like what? Then we all went crazy,” Atlanta Sports Council President Dan Corso said.

Atlanta and Seattle were among the cities that currently have artificial turf at their stadiums and will have to install real grass — likely temporarily — for the World Cup.

Brian Bilello, president of Boston Soccer 2026 and the New England Revolution, was already looking ahead to preparations for the big event.

Ohio Gov. Mike DeWine tied to find a silver lining amid the disappointment.

“It was an honor to be in the running for the FIFA World Cup 2026, and the spotlight on Cincinnati as a potential host city provided a platform to show all that Cincinnati has to offer to an international audience,” DeWine said.

While Seattle's chances to host seemed fairly safe, Sounders owner and Seattle bid head Adrian Hanauer was still nervous up until the moment his city was announced.

“I was shockingly nervous, sitting here with my stomach turning inside out. I honestly was more nervous than for our Champions League final. It surprised me actually," Hanauer said. "It’s just years and years of anticipation. Born and raised here. Grew up as a soccer brat. Just a lot of emotion.”