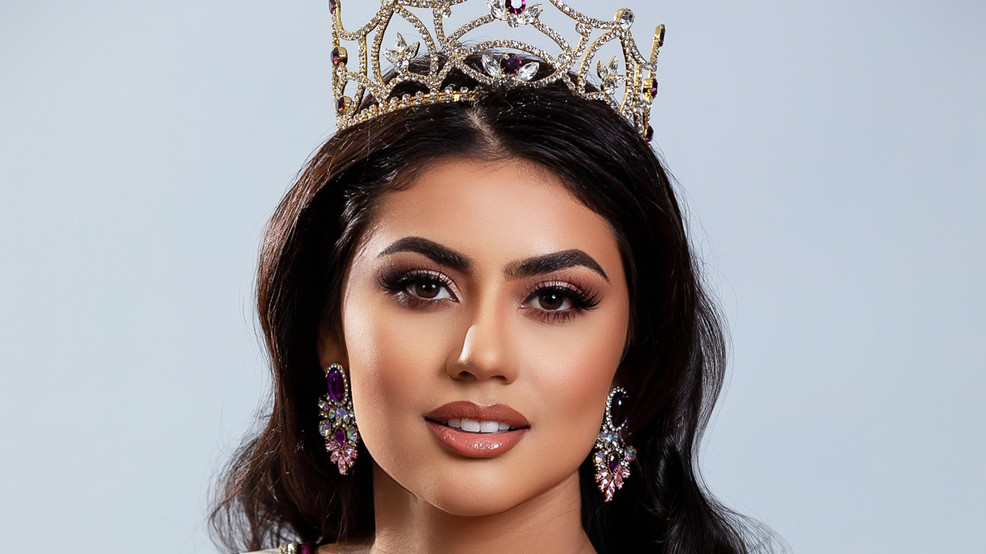 Roxette Solis’ journey into pageantry started while growing up in El Salvador. Just last summer, as Miss Washington Latina, she represented Washington state at the Miss US Latina national competition in Florida and was crowned the winner. Now at 25 years old, the reigning beauty queen is set to compete at the Miss America Latina Del Mundo (world!) pageant in the Dominican Republic in October. Solis will represent the United States along with her El Salvadoran heritage. Leaving her home country in 2018 for the PNW, Solis now calls Vancouver, Washington home.

"I have to say, I miss my country so much, and I’m still navigating the challenges of my new life," she said. "But I love where I currently live. Vancouver is such a beautiful place and close to Portland, which I love."

Back in El Salvador, Solis competed in numerous pageants and attended college in her hometown of Nueva Concepcion, Chalatenango. She was the recipient of a scholarship, which enabled her to study alternative tourism, a passion of hers. Many pageants she participated in also helped fund local schools and hospitals in her hometown that lacked resources.

At present, Solis continues to focus on fulfilling her duties as Miss US Latina, and volunteering in the community.

"At the moment, I volunteer with a local food bank in Vancouver," she said. "It’s been an amazing learning experience working on a farm and with locally grown vegetables."

Solis has also been very active in local events, she recently participated in Sea Mar Community Health’s Fiestas Patrias Festival at the Seattle Center, Hispanic Heritage Parade, and went to Hawaii with the Miss Washington Latina organization this summer.

"It’s been an extremely busy year for me with many responsibilities, but I am enjoying every moment."

For inspiration, Solis credits her mother for instilling a strong work ethic in her.

"My mom has always been a huge inspiration for me," she said. "My mom happened to be one of the first women to join the police force back home and worked over 25 years in this occupation which was extremely dangerous and uncommon. I figured if my mom can take on such a challenging role, I can do anything and reach the goals I have for myself."

Solis’ mother has also played a vital role in her daughter’s pageant journey as she helped create many of her gowns, most notably the "maiz (corn) dress."

"We had an annual corn festival back home where we celebrated the maiz," Solis said. "It was a major event where pageant participants wore dresses made from the corn leaf plant."

Reflecting on the past few years, Solis is grateful for the opportunities the Miss Washington Latina organization has provided for her.

"It has been one of the best things to ever happen to me," she said. "The organization has provided mentorship and given me a platform to make a positive contribution to the community."

Currently, Solis works in quality control at a manufacturing company and plans on tapping into entrepreneurship in the future. She also has plans to continue her education and keep advocating for the Hispanic community. This summer, she has been prepping for the upcoming world pageant and working with her team to perfect her modeling, speech etiquette, and health regimen.

"I have definitely been prepping my mental health, which is the most important thing," she said. "In this role, you have to be strong, and keeping up to par with your mental health is vital, but I am also so excited to represent the United States and it’s an honor to participate in this international pageant."

Solis wants other women to know that she also has faced insecurities with her own body image.

"I’ve dealt with my own insecurities and lack of self-esteem, but no matter the insecurities we all face, everyone has value. Finding confidence and staying positive really goes a long way, and sometimes it's very difficult but not impossible," she said. "I encourage others to build up their confidence, and use their ambition to reach their dreams, then no one can stop you."

The Miss America Latina Del Mundo pageant takes place Oct. 6-14, 2022. Solis will compete against other women of Latin descent from around the globe.

Plan on cheering for Roxette Solis as she competes in her biggest pageant to date on the world stage. She has these words of gratitude for her supporters, "I just want to thank everyone who has been supporting me through this journey and know I have cherished every single moment of it. I’ve had the opportunity to meet and work with some amazing people, and the best part is carrying a message of hope for others through determination and hard work."