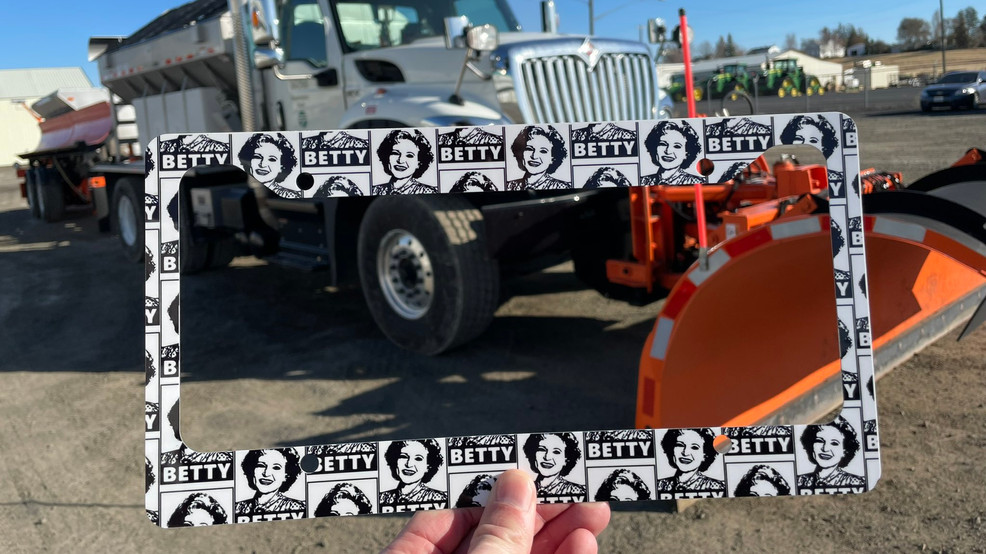 The Washington State Department of Transportation's snow plow has a new look.

Betty Whiteout, named after the late icon Betty White, has a new license plate cover to match its name. The name for the snow plow was chosen by Washington residents in April.

It beat out several other names including Darth Blader and Plow Chicka Plow Plow.

While the truck most likely won't make it to western Washington, it will be out in the streets of Ritzville once snow season kicks in.