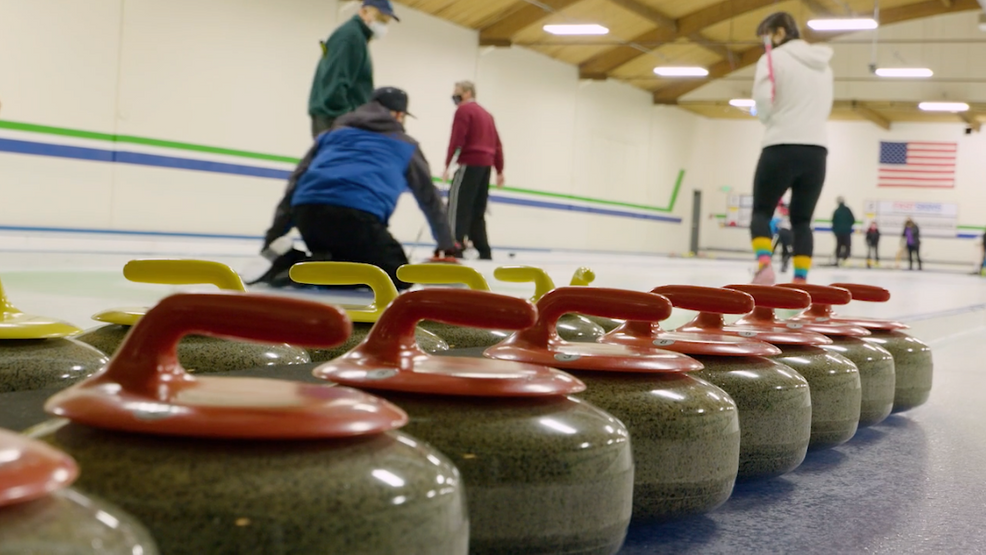 The trophy case and photos on the wall of Seattle's Granite Curling Club say it all. A volunteer-run organization, this club is home to more national champions than any other curling club in the United States.

"There is a pedigree of championship curling from this club," said Steven Birklid, an accomplished competitive curler who recently did color commentary for the U.S. Olympic Trials. "It has all been won here. Senior Worlds has been won by a team from this club, so it's cool to be a part of."

All the hardware on the wall may initially seem intimidating. But make no mistake, curling — at its core — is a social sport. Most of the people on the ice at Granite are there just to have a good time.

"Granite has a great, long history. Unlike a lot of newer clubs that are out there, we go back to the 1950s," said Dave Leinweber, head ice technician at Granite and a member of the ice crew for the USA Curling Team. "What is special about this club is the people. The building is great. It was built by club members in the 60s, 1962. But it's the people that make the difference. We still have folks who have been members for 30, 40, 50 years."

"It's a great place to learn the sport," added Sean Beighton, a former national champion who is coaching the U.S. mixed doubles curling team and reigning gold medalist men's team at the 2022 Winter Olympics. "There are so many people around here who are club members that love curling and will go out of their way to help new people out."

Seattle Refined's Brandon Burnstead went to Granite to try his hand (and balance) at curling.

Birklid and Beighton gave me a crash course in curling. Both have been playing since they were kids. While this sport isn't necessarily strength-based, I found out quickly that flexibility is a major plus, especially when it comes to throwing the rock.

"The general objective of the game is to enjoy yourself, obviously, and then you're trying to get your rocks closer to the house than the other team."

The house is the middle of target on the opposite end of the ice.

"It's a bit like shuffleboard in that way, but there's elements of chess, bowling, billiards. There's all sort of things combined into one and it's just a great game," explained Birklid.

"In terms of barriers to entry for curling, I liken it to bowling. You can bowl once every five years, have fun, have some beer and knock down some pins. With curling it's the same thing," said Beighton. "You can get out here in an afternoon, learn the basics and have fun. If you want to be elite, it's more like golf where you practice every day for years. But, in terms of getting out, trying the sport, joining a league, anyone can do it."

I was not a picture of grace on the ice, but with some coaching, and a few helpful tools designed to keep me from falling over, I managed to successfully land a few rocks in the circle. But, as Birklid explained to me, throwing the rock is actually the 'easy' part of curling. The hard part, contrary to what you might think, is the sweeping.

"The function of sweeping is to create friction between your broom and the ice, which then creates a very thin layer of lubricant by heating up the ice surface, which reduces the friction between the ice and the stone," said Birklid. "What that does is it allows the stone to go further. You're not speeding it up. You're slowing the rate of deceleration."

At the highest levels of curling, when millimeters are the difference between victory and defeat, little details like the angle of the broom can make a big difference. So does the ice itself.

"Curling ice, in order for it to be at a really world-class level, you have to pay attention to a lot of things," said Leinweber. "We start with the water. We have to have water that is almost perfectly clear, that has been filtered. We also worry about the temperature. A half of degree of temperature difference in the ice, either warm or cold can effect the way the rock goes down."

At Granite, Leinweber and his team create pebbling on the ice by using a small sprinkler to shoot individual droplets onto the ice, then cutting them down with a specialized scraper. It's an immense amount of work, but the result is a competition-level playing surface.

"If the ice was perfectly flat, the rocks would travel down the sheet of ice as smooth or as far," explained Leinweber.

Of course, most folks, beginners and champions alike, play for a simple reason: curling is fun! As I found out firsthand, there is something wildly rewarding about learning a new sport and pushing yourself to improve.

"I want (newcomers to curling) to want to come back. I want them to find something to latch onto, to say 'that was cool', 'that was fun', I want to do that again'," said Birklid. "You can always get better. So, I think if somebody comes in here and leaves with the mentality of 'I want to get better', then I think we've done our job."

"I think it's just about having fun," added Beighton. "We have leagues where you bring dinner. It's kind of like a family. So, I think just have fun. Learn to have fun when you're playing."