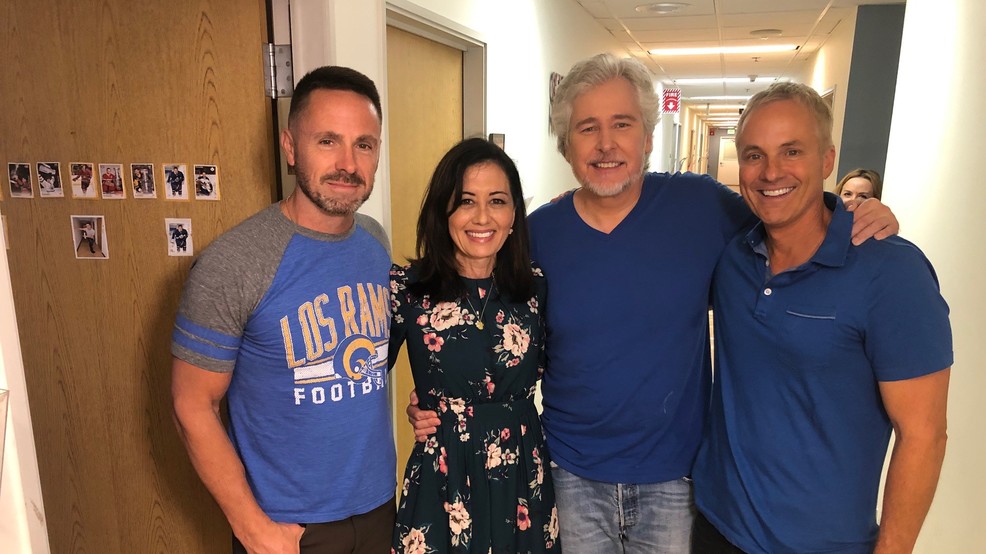 We sent a Super Fan to the set of 'General Hospital'

Set in the fictional town of Port Charles, the daytime drama centers around the passionate love lives of the doctors, nurses and patients at 'General Hospital.'

The show first aired in 1963, making it the oldest American soap opera. Over the past 50+ years, G.H. has had it's share of iconic moments, including Luke and Laura's wedding in 1981. Even now, it's still the highest rated hour in American soap opera history, with 30 million viewers.

You could say, I was feverish with excitement.

Stepping onto the sound stage - you see the sets from the seminal soap, like Port Charles' popular cafe, Kelly's, and the office of one red hot publication. But it's "General Hospital" itself where a lot of the juicy and jaw-dropping action takes place. From the rooms where patients are treated, to the spot at the center of everything.

As fans know, the nurses station is the best place to get a bird's eye view on all the coming and goings. It's where we got to catch Donnell Turner, aka Port Charles' P.I. Curtis Ashford - filming a scene!

"[Curtis] is a married man, and his wife is a police commissioner - the lovely Jordan Ashford," said Turner. "I love, first of all, being here, right? This is a dream - 'cause this is a show that I used to watch as a kid, and then in the 90’s I used to write the show. Oh yeah, it was a simple 'cause we didn’t have text message or social media then, so it was ‘Hey everyone says I look like a soap actor – can I be on the show?' I thought it would be that easy...it didn’t quIte work that way. [But] 20 something years later, here I am."

The halls here are practically teeming with handsome heart throbs, like James Patrick Stuart who plays bad guy Valentin Cassadine, one half of a complicated couple.

"Cynthia Watros is the new Nina, and she’s just been a dream," said Stuart. "Landed running and we get along like a house on fire since she’s been here. We shot some pretty incredible stuff, which I’m not gonna reveal but you’re not gonna want to miss."

We heard a rumor that Stuart hired someone to impersonate Watros' daughter to get on her good side?!

"Yeah that’s the story, that’s the story," he smiled. "Although whether or not I’m gonna take the heat for it...Valentin Cassadine is the kind of guy who would throw somebody else under the bus. I dunno if I’m gonna be taking responsibility that, that's for sure."

But playing the bad guy can be fun, according to Stuart.

"Cassadine’s the best if you want to play a dark character," he said. "He’s rich. He’s got an island. He’s got a jet. Tons of money. Beautiful woman. The thing I like about him is that he wears his heart on his sleeve. What I find fascinating is he seems sociopathic in the sense that even when the truth would get him better results, he can’t seem to bring himself to tell the truth. He'd rather just work his own version of the truth around."

"He seems to have reformed himself a little bit, but he’s getting a little bit irritated with characters like Brad - so he may need to lay down the law here," said deVry. "So there are some situations that we may see some old Julian Jerome."

From the stunning sets to the sexy stars, after spending some time here - I could pretty much picture myself being part of this timeless soap.