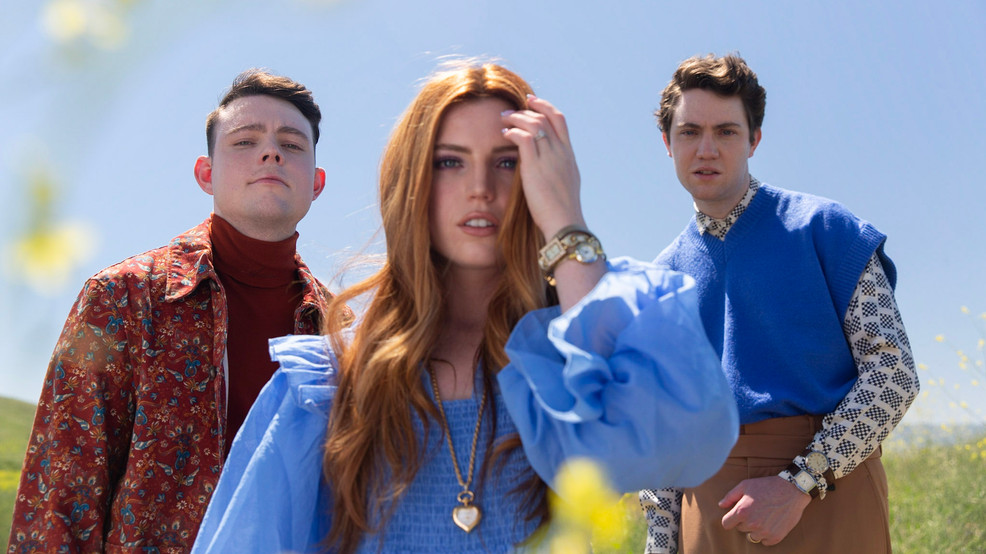 Wish that you could be like the cool kids? I sure felt like one when I got the opportunity to interview Echosmith. This 3-piece band of siblings from California has gone viral on TikTok for their song, "Cool Kids." I got a chance to chat with lead singer Sydney and her brother Noah (bass and vocals). Their younger brother Graham rounds out the band on drums. Echosmith is playing a show in Seattle at Neumos on Sunday, Nov. 13 at 6:30 p.m. (ticket details here)

Seattle Refined's Maddison Newell: So tell me, are you excited to come to Seattle?

Sydney / Echosmith: Oh my gosh, yes. I always love playing anywhere on the West Coast because that's where we're from. But I mean, the weather and the coziness that I feel in Seattle, I'm just so excited. As a kid, that was always a place that I said I wanted to live one day, so I'm lucky enough that I get to visit it a lot on tour.

Noah / Echosmith: Definitely don't get as much rain in California, so the rain up that way always feels really special.

Maddison / Refined: I'm sure you've been asked this 1,000 times... but, how did it feel when "Cool Kids" blew up? When there was this resurgence on TikTok?

Syd / Echosmith: So we've been asked this before, but it's such a great question. So I'm glad you asked. Because it's been a very big part of our summer and our year. And it was something that was very unexpected for us because you cannot make that kind of thing happen, right? And we were kind of new to TikTok when it happened. We were just kind of dipping our toes in and trying things out and trying to find our place on that platform. So it was a little bit intimidating at first.

But one day, I was just scrolling and trying to see you know, "Is there any sort of, like, trend that would apply to our band?" Because we were putting out our song "Hang Around" the very next day. So I was just looking up different ideas. And sure enough, on my For You Page, I see a video of this girl, Addison Rae. And she's mouthing the words to "Cool Kids." And I'm like, 'Wait, that's our song.' And I totally didn't recognize it at first because it was sped up. And I sent it to Noah and I'm like, 'What the heck is this? This is awesome, she's really popular on here. So this is really cool!' Before I knew it, so many people ended up making videos with that version. It was just really cool to see people relating to the song again, 10 years after we wrote it.

So it felt, you know, really comforting as one of the songwriters of the song to see people still relating to it because I still relate to this song. Because we're all constantly on this journey of, you know, self-acceptance. So we're really grateful for it. And it's been a great jumping point for us to be releasing the new version, but also, of course, new music and playing it on tour.

Maddison / Refined: How would you describe your music style?

Syd / Echosmith: I think an indie-alternative addition to the pop world, is a good way to capture it. I mean, we definitely love pop hooks and melodies, and even the storytelling that's found in a lot of pop music nowadays. But also, I do think that alternative aesthetic, from a musical standpoint, has been a very integral part of our inspiration. I think we've worked really hard, especially with our new music, finding ways to create sounds that feel really unique to us that require a lot of work. We don't ever want to make something that feels easy. And I think what we've been doing is, has been the fruit of a lot of labor. So we're really thankful for that. And I think the alternative kind of label fits as well.

Maddison / Refined: Yeah, I think that is fitting. I love the new music by the way. I was just listening to your new song yesterday. I love the contrast. It's very different from the one that put you guys on the map. It's very upbeat and fun.

Maddison / Refined: It is fun. And the whole album is amazing. I'm really excited to come to see you guys. What can fans expect from you going forward?

Syd / Echosmith: Well, in a touring sense, we've had such a blast being on the road again after two and a half years. So we want to continue touring as much as we can next year and just release lots of new music. Because we've seen with getting to play live, how impactful it can be when you just tell your story.

Syd / Echosmith: It's been such a special experience, even just playing this show has been so unique and so different from any other tour we've ever done. Because we truly built out this show to cater to our fans and to connect with them more than anything, we want to make it about them, and not about us. But it's such a fun show because I think it has a lot of fun moments, but also really sweet, intimate moments. And we really wanted to build that into our show, because this is all about connection. And that's what we want to do moving forward, is to connect with our fans more and more.

As we're all growing and going through life, I want us to be able to connect and I want our fans to be able to feel seen and feel comforted through our music. So if this tour has been any indication, I think next year is going to be great, just continuing to release music, play shows and connect with our fans in so many ways. But yeah, this tour has been really, really special and makes us just so excited to continue forward. And I'm excited to see what happens next, but lots of new music is coming. That's for sure.

Maddison / Refined: Well, congratulations, you guys. You are doing so well. I'm so excited for you!

Get your tickets here, I'll see you there!