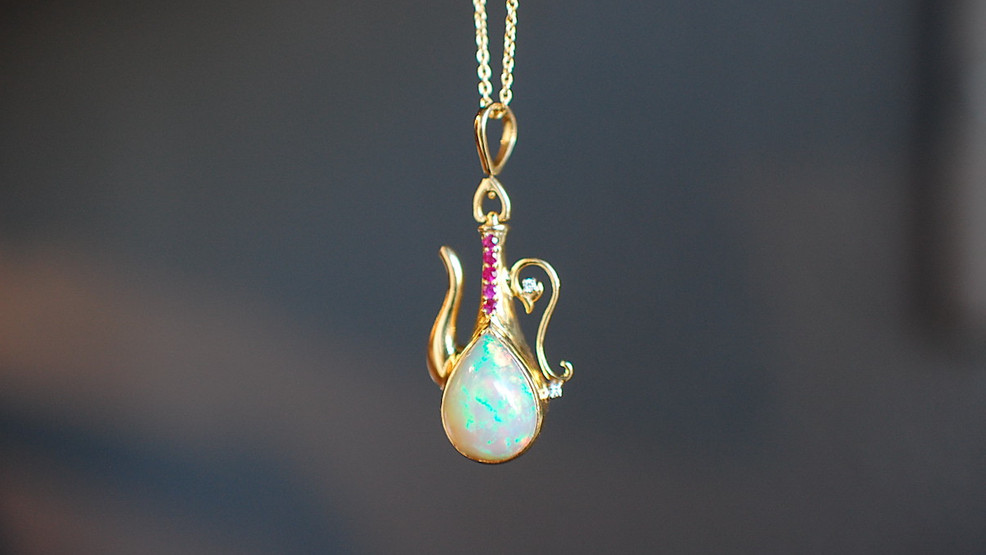 Tracy Cilona’s year started off on a bad foot, literally. Back in February, she fell off a ladder while in her gallery, injuring her heel and leaving her unable to walk for the next six months. With her injury recovery and the eventual pandemic shutdown a month later in March, Virago Gallery has been closed to the public for quite some time. Fortunately there has been a silver lining; Cilona now has the time to refocus on her own art.

“I had a lot of time on my hands," she said. "I had gotten back into drawing and painting and making and designing on my own, which is something that I hadn't been able to do for a while because all my energy goes into my business.”

Originally from New Jersey, Cilona has hopped from coast to coast throughout her life. She received her MFA in studio art from the University of North Carolina in Chapel Hill, and before that worked as an art and fashion photographer. No matter the medium, she is inspired by feminism and feminist art history. In January 2013, Cilona founded Virago in Seattle, a women-owned art gallery and jewelry boutique that showcases the work of local women and LGBTQ+ artists. The name Virago translates to a strong female warrior, setting the tone for the kind of art Cilona showcases in the gallery.

Prior to starting Virago, Cilona worked in academia for 10 years with the main objective of mentoring young art students.

“I was an adjunct for eight years and I got tired of it,” she said. “I was working under a lot of like, mediocre men and I didn't want to, So I decided that I wanted to be my own boss and make my own decisions.”

After leaving the world of academia, she took over what was formerly known as the Twilight Gallery in Seattle. With the space, she aimed to continue mentoring artists starting out in their career while also creating a much-needed home for marginalized artists. When it comes to creating a home for women and LGBTQ+ artists, Cilona says, “I don't think anybody was ever doing it outright, so it was just important for me to have a space where that community to be featured.”

Since 2013, Virago has housed a plethora of exhibits from local artists, whom she usually finds by word of mouth or on Instagram searches. Notably, Cilona is especially proud of Our Daily Armor, a series of exhibits that feature over a dozen artists presenting work under the theme of Virago. The series started in 2014 and has returned with a different batch of artists in 2016 and 2017. Virago turned into a home not just for visual artists, but for other artistic creators like jewelry and clothing designers and occasionally performing artists .

"I wanted to feature those artists and then that sort of grew into other makers and designers in those same groups," she said. "So, it grew from art and then I added jewelry and then other handmade things to the space.”

Even though the physical gallery and boutique is still closed to the public, patrons of the gallery can still visit the website for online shopping. The virtual boutique features wearable pieces of art—including earrings, necklaces, rings, bracelets— locally crafted fragrances, and Virago tote bags. Jewelry pieces fit into the warrior theme of the art gallery; pieces range from delicate hoops and floral studs to miniature guillotines and Medusa snakes.

In addition to the boutique aspect of the gallery, Over the past few years Virago has been an umbrella for other small businesses.

Cilona mentions that one of the goals for Virago, especially in the future when the business can re-open, is for the space to help other small businesses grow. While it might be a while until we can step foot into the Virago gallery, we have a lot to look forward to from Cilona.

Looking to support more small businesses like Virago? We're proud to collaborate with Intentionalist, an online guide that makes it easier for you to find/connect with diverse local businesses owned by women, people of color, veterans, members of the LGBTQ community, and people with disabilities.