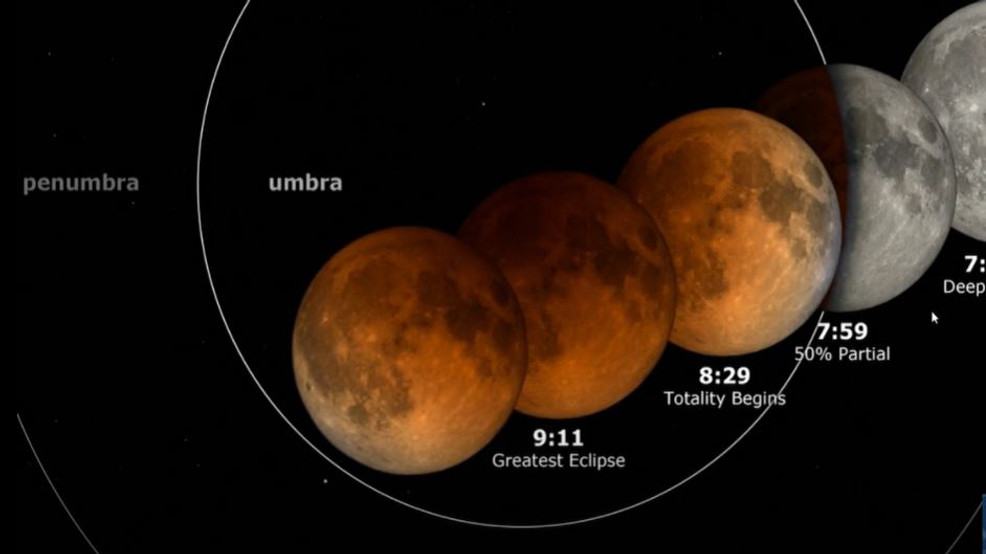 SEATTLE — As summer approaches and the weather warms up, our nearest celestial neighbor has a special treat for stargazers.

A total lunar eclipse will be visible across North and South America Sunday evening as the moon will cross through the earth’s shadow, making the full moon appear coppery red as it reflects all of earth’s sunrises and sunsets.

Jim Garvin, a chief scientist at the NASA Goddard Space Flight Center, said this is a “celestial event” and added the moon will look like it has been altered by a camera filter.

The partial eclipse — visible from eastern parts of Europe and Africa just before the moon sets in the morning, and from the Pacific islands and New Zealand just after the moon rises in the evening — should occur just before 7:30 p.m. Pacific Standard Time, according to NASA.