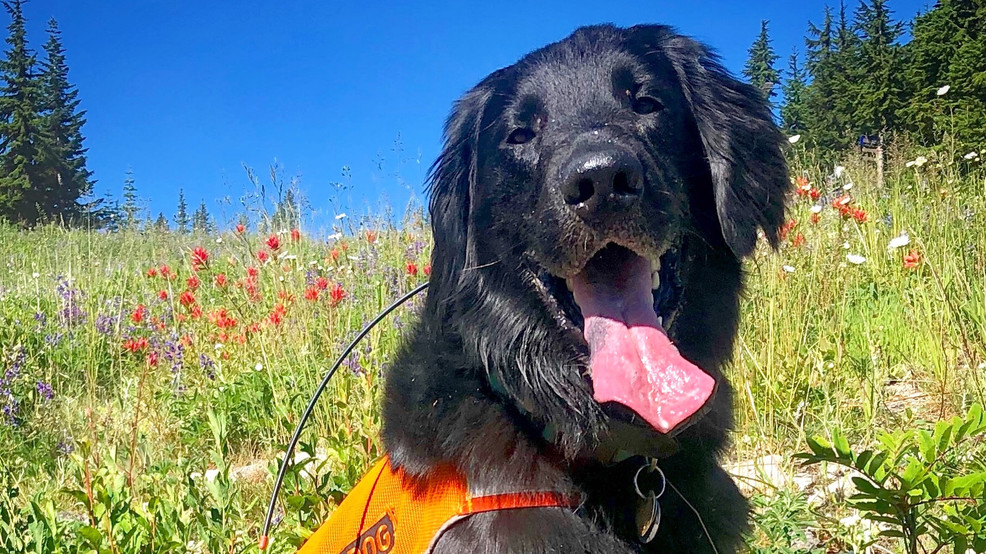 The canines — from Seattle, Edmonds and Moses Lake — received enough votes to advance in a field of nearly 400 dogs. More than 400,000 total votes were tallied, according to a press release from American Humane.

Second-round voting began Monday and concludes July 22. The third round runs from Aug. 5 to Sept. 13.

Lincoln (Seattle) and Keb (Edmonds) are up for the search and rescue (SAR) dog award, while Sherman Gepherd (Moses Lake) looks to advance in the service dog category.

Sherman Gepherd was called a "lifesaver" by his owner, a DUI crash survivor who lives with PTSD.

"He changed my life!" the owner wrote. "When I have flashbacks, he’s there. When I have to pull the car over because I’m having a panic attack, he’s there. When I speak about my story, he’s there. His mind is always working, figuring out how to make my life wonderful. I can’t put into words just how loving he is. I have no doubt that he would give his life for me."

The owner continued to write they noticed Sherman Gepherd's right leg was curved. He had carpal valgus limb deformity and was taken to the Washington State University Veterinary Hospital for reconstructive surgery, which was unsuccessful.

The owner considered retiring him, "but he bounced back to his normal self within days."

Keb, her owner's second search and rescue dog, was an energetic, fearless puppy.

"Keb began her training as an air scent dog finding live victims right away and shortly thereafter started training as a dual-purpose human remains detections dog (HRD)," Keb's owner said. "She was an eager, quick learner! Within a few years, we had certified in multiple SAR disciplines, including Wilderness Air Scent and Human Remains Detection, as well as Avalanche Rescue and First Responder Disaster."

According to her owner, Keb has been deployed on more than 100 missions. She is approaching the end of her SAR career, which included finding three of the 43 OSO landslide victims in 2014.

"We’ve searched for the lost on high snowfields of Mount Rainier and found bones that helped solve decades-old crimes," Keb's owner wrote. "We’ve searched for clandestine graves of murder victims. We’ve been called upon to volunteer our services in the dark, the wet, the snow, and cold in the rainforests and rugged mountains of the Pacific Northwest. We’ve searched in urban areas with homeless camps, drug needles, and thick blackberry bushes, and even as far away as Scandinavia where Keb had a find which solved an 18-month-old mystery.

"Keb has helped me become a better version of myself."

Lincoln, a 5-year-old flat-coated retriever, has national certifications in wilderness air scent and human remains detection, has worked with the King County Sheriff's Office and has been deployed throughout Washington state on urban, water, forest and alpine searches from the shores of Puget Sound to the crest of the Cascade Mountains, according to his owner.

Lincoln was not breathing at birth, so his owner feels he was "destined" to save lives. Lincoln was saved by a helper in what was called the “kiss of life.”

"With boundless enthusiasm and his tongue inevitably hanging out, Lincoln loves to charge through fern covered woodlands and has covered as many as 26 miles in a day on search missions in the Alpine Lakes Wilderness," Lincoln's owner wrote. "With a keen nose Lincoln often finds training subjects hidden 300 yards away, greeting them with happy face licks before returning to excitedly announce the find to his handler."