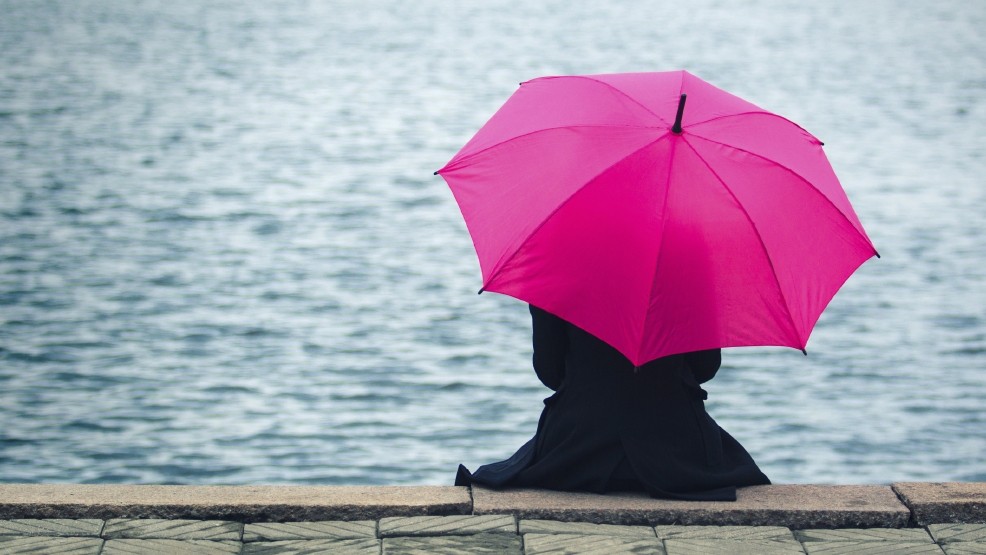 Seattle receives rain about 155 days each year, so to newcomers, the fact that locals reportedly don’t use umbrellas seems a bit mystifying. But as with so much about this quirky, lovable city, the logic behind it makes sense. (Image: Thinkstock)
SEE MORE

What the Heck, Seattle? Why we're so weird about umbrellas

Welcome to our new column, What the Heck, Seattle?, where newcomers to the city can ask us to explain some of this city’s quirks, intricacies, and inner workings. We’ll do the best we can to offer a local’s insight on our weird little corner of the world. Have a question for WtHS? Email us at naomitomky@gmail.com, maybe we’ll answer in the next installment.

Seattle receives rain about 155 days each year, so to newcomers, the fact that locals reportedly don’t use umbrellas seems a bit mystifying. But as with so much about this quirky, lovable city, the logic behind it makes sense.

The early ‘90s tome If the Rain Don’t Get You, the Volcanos Will: 101+ Reasons Not to Move to Seattle (my personal bible on local history and issues) explains it thusly:

True Northwesterners are used to the rain and rarely use umbrellasif they ever decide to use an umbrella, they can use one of the ones that their out-of-town guests purchased when visiting. These ‘parasols’ are usually left behind with the comment, ‘You need this a lot more than I do.’

But that’s not actually true; we don’t need them. The are two major factors that go into our umbrella-shunning ways are the rain and the wind. While Seattle gets a lot of days of rain, it gets very little actual rain. It ranks in the top five for cloudy days in the country, but doesn’t even make the top forty for how much rain it receives. That’s because Seattle’s rain comes in the form of a drizzle, mist, sprinkle, shower, or liquid sunshine. For the most part, you will be no dryer with an umbrella than you would be without it, since the rain is so light that it doesn’t matter. (In fact, KOMO Weather Guru Scott Sistek has gone into detail about the size of the Seattle raindrop here).

Then there’s the wind: on the rare occasion (or, in November, the slightly less rare occasion) that there is significantly heavy rain, it usually comes with a partner in crime: wind. Wind blows umbrellas inside out, rendering them useless. The same wind that is also a well-known destroyer of umbrellas: the one time you actually want one, you can’t even use one. Seattleites are also an environmentally conscious group: they wouldn’t want to be creating so much wasted, ruined material. So they long ago gave up trying to wrestle with umbrellas, embraced their rain jackets, and got on with their days.

But perhaps blame for the real reason we don’t carry an umbrella lies with Seattle’s greatest love: it’s very hard to carry both an umbrella and a cup of coffee.