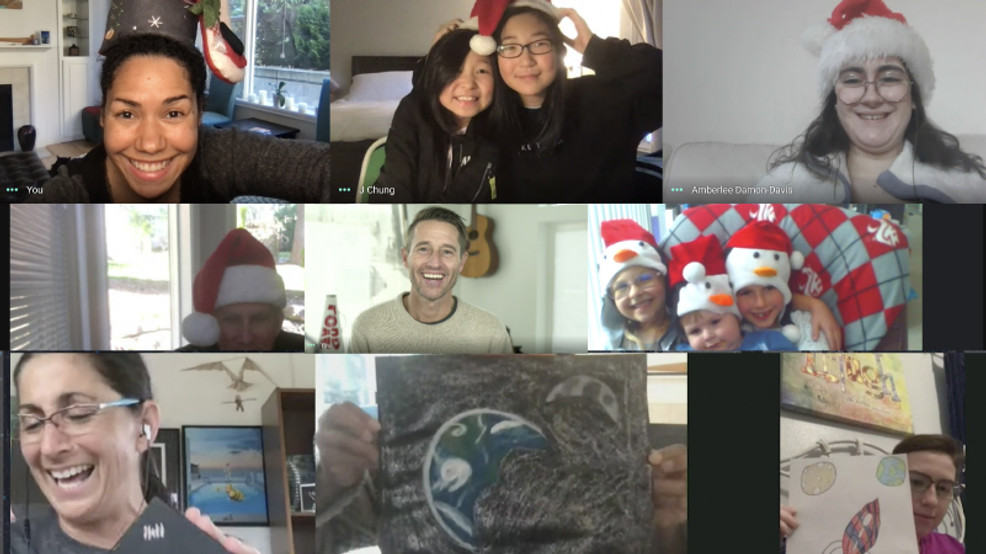 Small nonprofit Melodic Caring Project (MCP) has both a local and global reach when it comes to connecting hospitalized kids with major musicians who dedicate songs to them during live shows. True magic happens when these concerts get livestreamed into the hospital rooms of quarantined kids, allowing the artists to talk directly to isolated patients.

As far as connecting hospitalized kids with musicians, MCP President, Founder and Executive Director Levi Ware explains that their A&R team collectively has 30-plus years of experience in the music industry.

Melodic Caring Project recently released an original song, "Other Side" — written by hospitalized kids from around the world — that debuted in May at the International Space Station for astronauts; it's now available for all to enjoy.

Ware explains that this latest project "rockSTARS In Space" came about because of an interview with astronaut Nicole Stott, who joined the Melodic Caring Project as a guest on the episodic video series MCPconnects, during which she talked bout her nonprofit Space For Art. This nonprofit allows kids in hospitals and refugee camps around the globe to create space-themed artwork that gets printed onto a space suit and sent to the International Space Station for astronauts to wear.

"The concept inspired us so much that we presented the idea of having our rockSTARS create a space-themed song that could be sent along with the spacesuit to be premiered for the astronauts on the International Space Station," Ware said. "Nicole was inspired by the idea, and a beautiful partnership was born."

Stott also invited the MCP rockSTARS to create artwork inspired by the song and theme of space. She then included the artwork on the “Beyond" space suit that was sent to the ISS for the crew to wear, along with a digital package including the songs and a video showing the kids in creative action. The astronauts then filmed themselves listening to the kids' song, so the rockSTARS could "see" themselves aboard the International Space Station.

For the song, the Melodic Caring Project creative team (Levi and Tanesha) encouraged the rockSTARS to think about what space meant to them as they deal with isolation and illness. The kids came up with themes such as: peace, escape, excitement and exploration. The lyrics for "Other Side" evolved out of the kids' thoughts, and were put to melody by Levi and Tanesha.

It took a little over a month of weekly, virtual writing sessions to create the song. Once the song was written, members of Seattle’s Hit Explosion (Jakael, Tristram, Harry Wirth, Cyrus Wirth, Ron Leonardi), along with Seattle composer Andrew Joslyn, added instruments and created a final mix to be premiered on the International Space Station.

Ware offers a couple memorable examples of kids positively impacted by MCP's livestream concerts. In 2011, the Melodic Caring Project streamed a concert to a little boy named Braydon, who was battling Leukemia. Braydon’s mom told the team it was the only thing he was looking forward to during his hospital stay. Due to his treatment schedule, Braydon had an especially heavy dose of chemotherapy the morning of the concert and was feeling incredibly nauseous throughout the day.

His mom described his physical state as “puke and rally, puke and rally.” Friday evening arrived, and Braydon’s mom was worried that he might miss the concert. At 8 p.m. the concert started and just as Braydon leaned over to get sick again, his mom clicked the concert link. On the livestream, the artist was calling Braydon out by name, saying, "We’re all here sending you our love and hoping you feel better soon. You are not alone, Braydon!” Braydon’s mom said he wiped his mouth and looked up at the video stream. “They just called me by name,” Braydon said, incredulously.

From that point on, the concert engaged Braydon to such a degree that he stopped throwing up that evening. Halfway through the concert, Braydon had tears of joy rolling down his face.

“They don’t even know me, Mom; why are they doing this for me?” he wondered.

Another impacted patient has been 18-year-old Teylor. On August 3, she was lighting the pilot lights in a food truck she works for at a local county fair in Wyoming; the truck exploded due to an undetected propane leak. Teylor was life-flighted to the University of Utah Hospital Burn Center in Salt Lake City, as she fought for her life. She had sustained second and third-degree burns to 49% of her body and would spend the next 54 days in the ICU.

Twenty days after her arrival, she received her first video from Levi and the Melodic Caring Project. The family was not previously familiar with MCP, but the discovery couldn’t have come at a better time. Due to COVID, no outside visitors were allowed in the hospital and only one of Teylor's parents could be with her at a time, for 12 hours a day. It was a very lonely, painful and difficult period, and hearing her “happy song,” along with personal messages, brought a tangible boost to Teylor's spirit that also affected her parents and nurses.

"Music was and is very instrumental in Teylor‘s healing," says Stephanie Dunn, Teylor’s mom. "She had damage to her eyes and couldn’t see for several weeks, but she could listen to music. And she did! Then more artists began sending her messages and songs. These were the only 'visitor' she received. I am eternally grateful to the Melodic Caring Project for helping my daughter through the healing process. She still has many years ahead, as burn recovery is a lifelong reality, but MCP helped give her hope during a time of hopelessness, that she intends to pay forward."

These past couple years have proven why this nonprofit's work is so crucial.

"The COVID 19 pandemic, and the subsequent isolation we all experienced, has given us all an insight into the heavy mental, emotional and spiritual toll isolation takes," Ware said. "Now imagine being a child also grappling with a serious illness and you can start to understand why quarantine can cause heightened anxiety, stress, fear and even heightened pain perception."

"Connection and joy are powerful emotional stimulators that can ease feelings of isolation, reduce the perception of pain, alleviate anxiety and fear and provide hope in the most difficult of circumstances. Connection and hope is what the Melodic Caring Project provides — to not only the patients — but the families and artist community as well."

So how can you get involved, too? Ware says that donating to support programming is always appreciated.

"We’re a very grassroots organization, so every dollar helps and goes towards creating more experiences for hospitalized kids," he explained.

Helping to spread the word is also hugely helpful, including sharing on your social media pages. This allows the nonprofit to reach more kids and families.

"Everyone knows someone who is struggling with a difficult health situation, and there is no reason for anyone to feel alone," said Ware. "We are here to support them with connection, encouragement and hope."