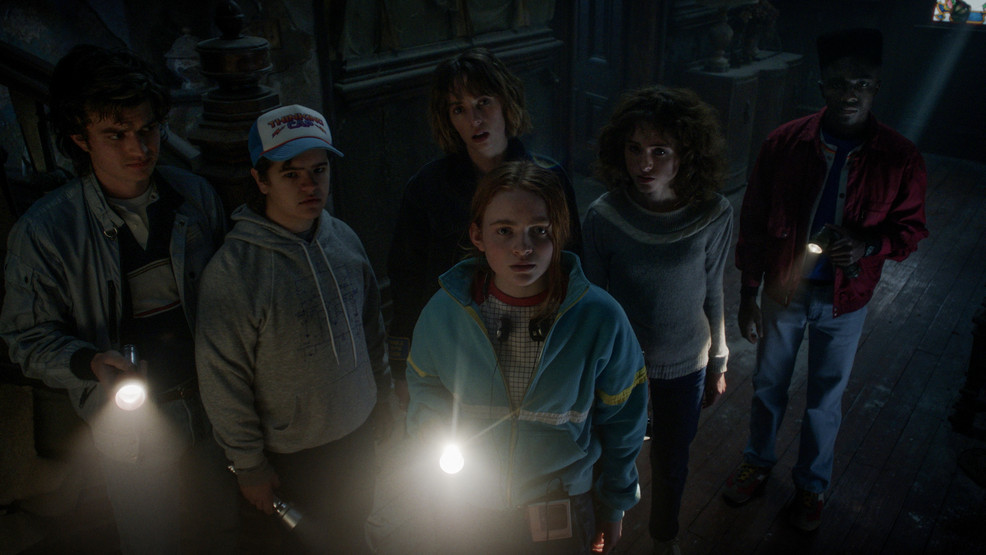 SALT LAKE CITY (KUTV) – I’m not interested in revealing any plot points. So, this will be incredibly vague by design. I’m also hesitant to proclaim the fourth season a complete success until I see the final two episodes. Particularly since I finished a different series this weekend that imploded in its final two episodes. Here, however, is my gut reaction to the eight hours I binged over the weekend.

The end of the third season of "Stranger Things" saw our core group split in half as Joyce (Winona Ryder) left for California with her sons, Will (Noah Schnapp) and Jonathan (Charlie Heaton) and Eleven (Millie Bobby Brown), while the remainder of the crew stayed in Hawkins.

So, you’re breaking up the band. How is that going to work? "Stranger Things" is a series that thrives on the strength of its characters. You might have most and least favorites, but I don’t think anyone wants to see numerous characters dropped from the narrative. Even some of the new characters that were introduced in the third season have become essential to the experience. I’d be incredibly upset if they didn’t bring back Robin (Maya Hawke) or sidelined her character. If she’s not dead, her absence would be a distraction. The same goes for Max (Sadie Sink).

By putting distance between the characters, The Duffer Brothers and their team of writers have created the space to tell four stories that are set on a crash course that will bring everyone (who survives) for the final dance. This allows Mike (Finn Wolfhard) to be as important as Dustin (Gaten Matarazzo) or even Murray Bauman (Brett Gelman).

This isn’t a new formula. Every season has split the cast into small groups. The difference here is that a large amount of the action takes place outside of Hawkins. This could have been problematic. Hawkins itself is a critical piece of the Stranger Thing puzzle. It’s a non-issue for me. There are visually sunny moments, but most of the California scenes are thematically as dark and frightening as anything that takes place in the Upside Down. High school, what a nightmare. At least we get to hear Dead or Alive's "You Spin Me (Like a Record)" before it all goes awry.

"Stranger Things" was never about reinventing the wheel. It’s a celebration of sci-fi and horror tropes of the 1980s. I loved the first and the third seasons, but I thought that the second season was something of a misfire. The first seven episodes of the final season work well for me. It's certainly bigger in scope, but it is still grounded in its characters.

My favorite scenes take place in Salt Lake City when we get to meet the family of a particular someone's long-distance girlfriend.

So, yes, Netflix, I’m still watching "Stranger Things." I will be until the bitter end.

Volume 1 of Stranger Things 4 will be released Friday.