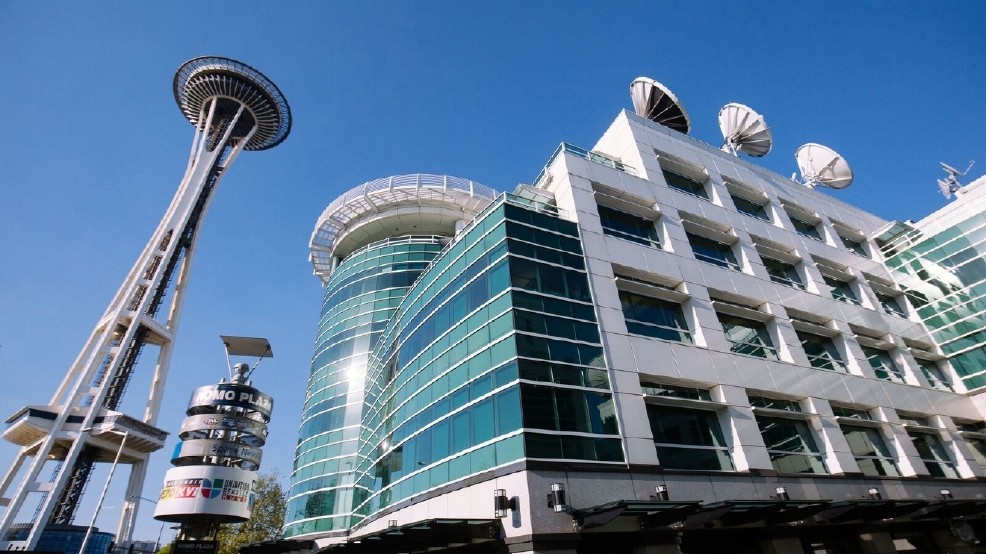 Seattle Refined even has its own Grey’s connection of sorts. Grey's used KOMO Plaza to shoot some exterior shots of Seattle Grace. Specifically, the helipad at KOMO Plaza was used to show the rooftop of the hospital. (Image: Joshua Lewis / Seattle Refined)
SEE MORE

The 5 Most Famous Seattle Landmarks from TV Shows & Movies

Sure, New York City has Friends and How I Met Your Mother, and Los Angeles is synonymous with movies and celebs, but Seattle has plenty of iconic pop culture locations all its own. From Sleepless in Seattle to the more recent Fifty Shades of Grey, here are just a few of the Seattle locations from movies, TV, and literature.

Although Vancouver is often used in place of Seattle during filming, Sleepless in Seattle not only filmed the Seattle scenes in the actual city, it also used the Emerald City to shoot many of the New York and Chicago scenes.

You can still see the famous houseboat from the movie where Sam lived with his son Jonah. It's located on Lake Union with other Westlake houseboats.

10 Things I Hate About You, Gas Works Park

This was one of my favorite movies growing up, so I was psyched when I found out the movie was filmed in Seattle. Better still, you can feel cultured when you watch it, since it's based on Shakespeare'sTaming of the Shrew.

One of the most noticeable Seattle locations in the movie is Gas Works Park in Wallingford. This is where Kat AKA Julia Stiles and Patrick AKA Heath Ledger play paintball together and then proceed to make out.

There are plenty of other shots from Seattle in this movie if you look like the Fremont Troll, Lake Union, and Kerry Park.

Even though the movie Fifty Shades of Grey was shot in Vancouver, the book series takes place in Seattle. The books are full of Seattle references like Pike Place Market near Anastasia's apartment, Escala where Christian lives in his penthouse apartment, and Columbia Tower Club, where Christian and Anastasia go to eat.

In the movie Up, an old man is so attached to the house he shared with his wife, that he stubbornly refuses to sell it. He sticks to his guns, even when he's pressured to sell it up.

Turns out, this old man and his house was based on a woman named Edith Macefield who lived in Ballard. Similarly, she refused to sell her house until the day she died, turning down reportedly a million dollar offer.

The house still stands, looking very out of place near an LA Fitness. You can find it at 1438 NW 46th Street.

Besides the hospital, die-hard Grey's fanscan check out Meredith Grey's house, where it seems like all of the interns whoever graced the hospital have lived at one point in the show. You can find the house in Queen Anne at 303 Comstock Street.

Seattle Refined even has its own Grey's connection of sorts. Grey's used KOMO Plaza to shoot some exterior shots of Seattle Grace. Specifically, the helipad at KOMO Plaza was used to show the rooftop of the hospital.