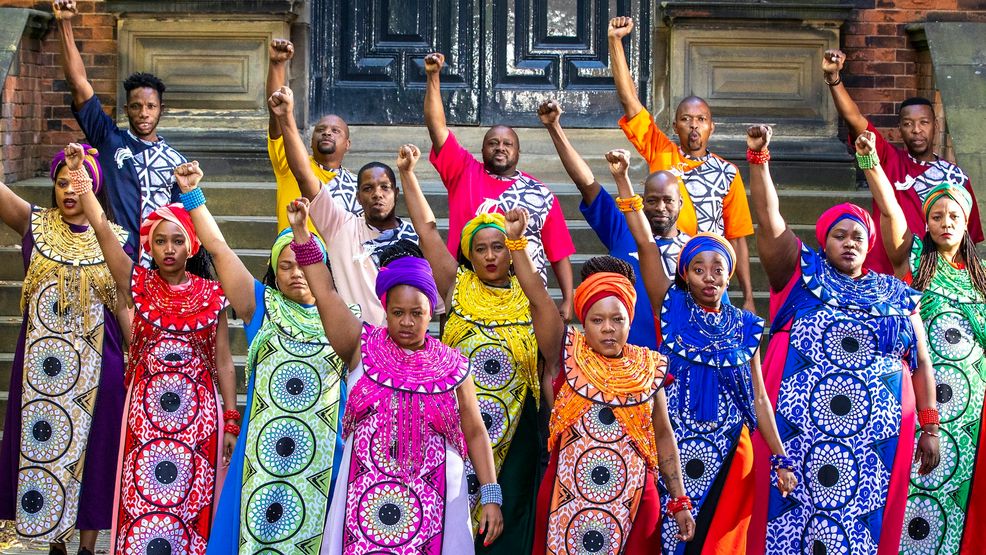 After a grueling two-plus years of pandemic madness comes "Hope," the newest album and tour from the 3-time GRAMMY Award-winning Soweto Gospel Choir.

This South African choir has previously collaborated with an impressive list of stars, including Stevie Wonder, Queen, Celine Dion, The Red Hot Chili Peppers and even Seattle's own Eddie Vedder from Pearl Jam. The choir has also performed for celebrated leaders like Nelson Mandela and Barack Obama. And no, you don't have to be a church-goer to enjoy a live musical performance from the iconic gospel group.

The Soweto Gospel Choir is known worldwide for more than just singing. They create colorful, theatrical performances from different music genres, studded with choreographed dance and strong messages of unity. I was honored to speak with choirmaster, choreographer, tenor and founding member Shimmy Jiyane about the "Hope" tour's upcoming stop in Seattle at the Moore Theatre on Nov. 11.

I asked Jiyane how he hopes the audience will feel after seeing the Soweto Gospel Choir.

"You will come out revived and feeling free-spirited, that you are important, and can do anything," Jiyane said.

He believes no matter who you are, or where you're from, this concert is bound to leave you feeling inspired by the infectious, healing power of music.

Watch the video below to learn the thought-provoking backstory on Jiyane and the choir, including what viewers can expect from their upcoming concert.

Their Seattle performance will include music that commemorates South Africa’s Freedom Movement and the Civil Rights Movement in the United States. You'll also recognize songs we all know and love, like "Respect" by Aretha Franklin and "A Change Is Gonna Come" by Sam Cooke.

They can't wait to return to Seattle and you don't want to miss a night of "Hope."