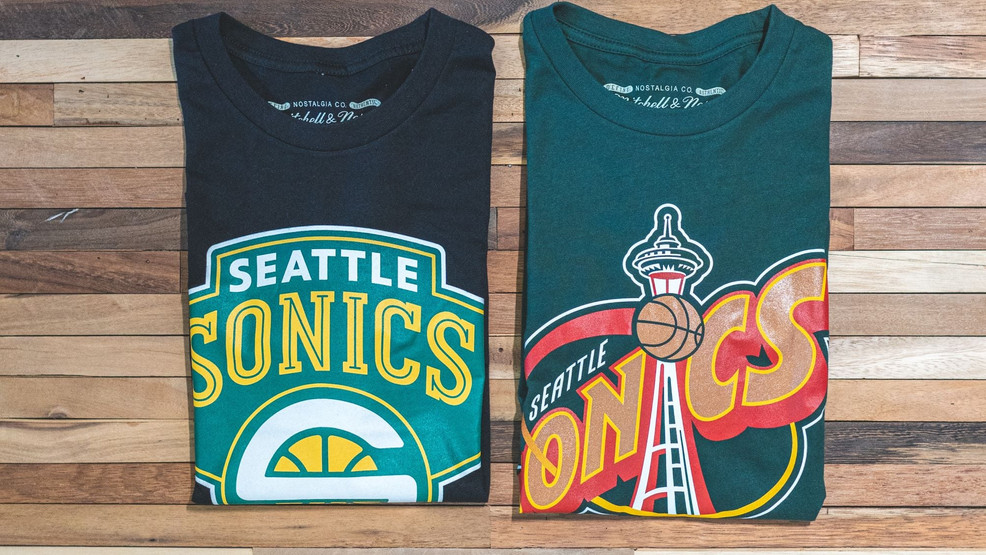 "I can'y deny, I miss the game," said Karl when we caught up with him recently via Zoom.

Coach Karl lead the Supersonics to 384 wins in his seven years here in Seattle, taking the club to the playoffs every season - including the NBA finals.

"There's no question I think my career has had a lot of blessings," he said. "I think early in my career my ego and my mouth got in my way a little bit, but I think I grew up on the job. Having kind of a wild and crazy team where I had to be more sure and more stable, because I had players who were kind of wild and crazy."

Today, Karl fills up his days with his pets (when we talked to him he was dog-sitting and had three labradoodles and a lab in his home!) and his podcast, "Truth and Basketball." Did he ever think, back in the 90s, that he'd have a podcast?!

He's not slowing down though, at 69 years old Karl's podcast is a huge hit - just as Jamie Munson, who owns Simply Seattle, a sports memorabilia store. It's the Sonics merchandise that's helping his company survive.

"George has been a great friend though this," said Munson. "It's been great to partner with him on our 'Sonics Forever' podcast where we're interviewing just these legends of the game - Gary and Shawn and Det, you know all the Sonics guys. For his support to help our small company, has been really huge."

Though it's been years since anyone has been to a Sonics game, the love and pride in the team has not wavered.

"People don't realize that when I got to Seattle, someone told me that Seattle Supersonic gear was like 25 of 30 teams in the NBA," said Karl. "And then two or three years later with Gary and Shawn, we were #1 in the NBA in apparel. And that apparel is still pretty cool."

Simply Seattle has a whole Sonic gear line, which is consistently a best-seller. It's clear our city loves basketball, so when are we going to get a team?!

"I love Seattle. I'm desperate to get Seattle back a basketball team," said Karl. "[But] that's a tough question for someone who's not in the loop. From what I hear, the league is not looking at expansion, but I think if they would, I think that Seattle would be on top of the list. And I think that most basketball fans know that Seattle deserves a team."

From your lips to God's ears, Coach! And if we got a team...would he ever coach again!?

"I don't know if I want to be a coach again," he smiled. "I might do, when my daughter goes to college I might think about going back and trying it for a year. I have a passion and love for the game of basketball."