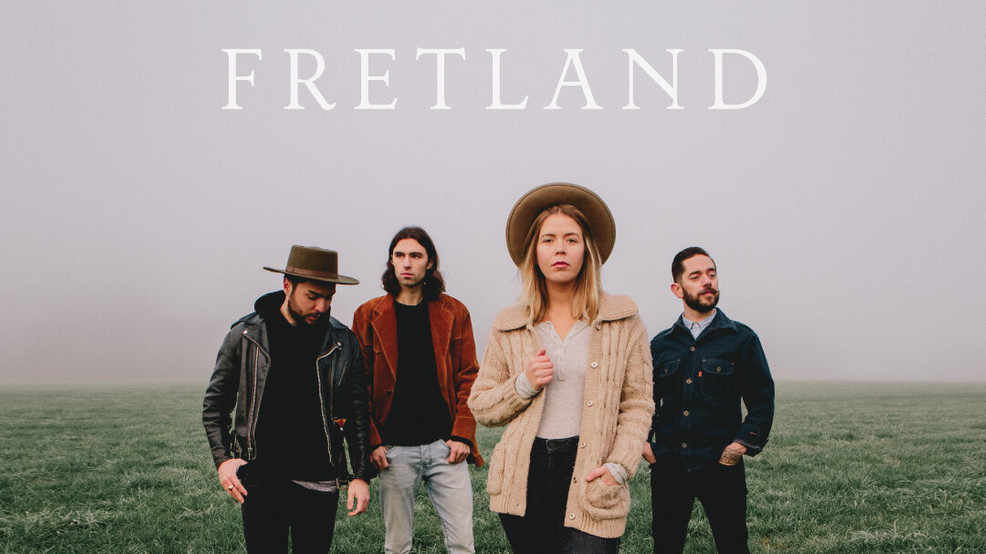 Seattle Refined: Hillary Fretland, you are a singer, songwriter and musician based in Snohomish. And you and your band have a brand new album coming out - tell us about that?
Hillary Grace Fretland: My band Fretland is releasing our first record on May 22nd. We are so excited to share it.

Is this something you’ve been doing since you were little?
My family is all very musical growing up. My mother had a band when I was growing up, I went to all of her shows. I couldn’t tell you when it started. It’s always been the heartbeat of our family.

Why is Snohomish such a big part of your music?
I grew up in Snohomish, a great place [to] shape a young musician - or at least it was for me. All my friends would joke they couldn’t wait to leave our small town and I was thinking I could live here forever! I love the river, I love First Street - and small town charm, I just love it.

When you recorded [the song] 'Long Haul' and wrote the music and made the video, you could have had no idea what a long haul it would really turn out to be!
I know I know! It’s definitely not what I had in mind when I wrote it but it still has a strong message and we can we can use this new climate to really be invested and aware of everything we can change.

The video you guys shot for 'Long Haul' really shows off how beautiful Snohomish is.
It was amazing. I was so hands-on and it happened so quickly it was the first time I produced or did anything like that so during the day I was just like calling people and bam-bam-bam.

Tell us about 'Have Another Beer' which is also a great song for right now.
If you want to relax, roll down and have that beer at 2 o’clock there’s definitely no one judging you right now. The song was born at a pub - Twin Rivers Brewing in Monroe. It’s also a great song for right now because it’s all about being home and trying to appreciate it as if you were seeing it for the first time.

What’s next for you and what next for Fretland the band?
The music industry is looking very different these days. At the end of the day no matter what is happening I think that it’s just in us as musicians to want to connect. To want to make sense of it all and to make some peace and poetry to it.