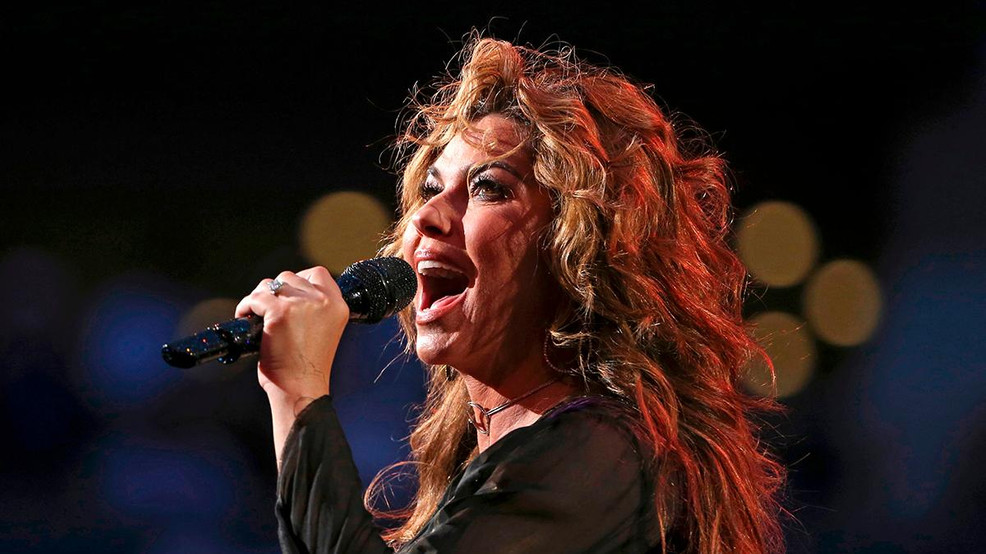 FILE - In this Aug. 28, 2017, file photo, Shania Twain performs during opening ceremonies for the U.S. Open tennis tournament in New York. Twain has apologized for saying if she were American she would have voted for Donald Trump for president, even though he's offensive. She made the comments in an interview with The Guardian that was published over the weekend. She told the British newspaper "Do you want straight or polite? â€¦ I would have voted for a feeling that is transparent." (AP Photo/Kathy Willens, File)
SEE MORE

Shania Twain is coming to Seattle. Does that impress you much?

The five-time Grammy Award-winning singer announced Friday her "Queen of Me Tour" will stop at Climate Pledge Arena in Seattle at 7:30 p.m. on Saturday, April 29. Tickets go on sale at 10 a.m. on Nov. 4 on Ticketmaster.

Prior to her Seattle show, Twain opens the tour in Spokane on April 28. Following her Washington state stops, Twain heads to Vancouver, BC, Edmonton and Calgary to kick off a slate of Canada concerts.

The global tour wraps up on July 26 in the United Kingdom.

The Canadian-born singer is the best-selling female artist in country music history, Climate Pledge Arena highlighted in a press release.