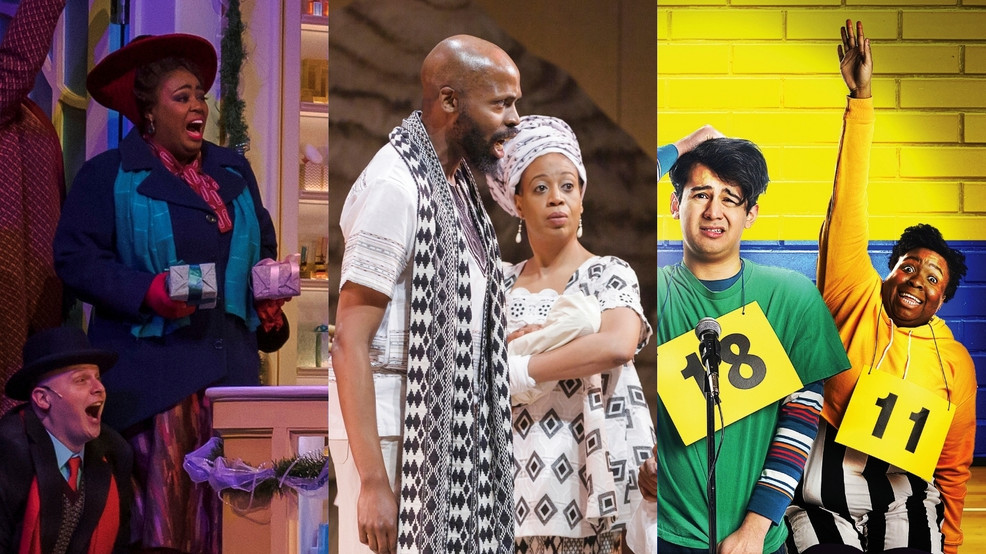 Theater in Seattle: The future of the industry and how it will (and needs to) change

For audience members, the closure of Seattle's theaters because of COVID-19 is an inconvenience. For actors, directors, stage crew and more, the uncertainty of the future of live performances is even more troublesome. In recent weeks, many companies have announced they have been forced to make staff reductions and postpone shows. When the theaters do reopen, chances are great the experiences will look and feel much different, which, as it turns out, could be a really good thing.

The recent Black Lives Matter protests have brought to the forefront how some businesses can no longer go back to work as usual for more reasons that just COVID-19, and that includes our local theaters. Companies like STG, The 5th Avenue, Seattle Rep, Village Theatre and Taproot Theatre have acknowledged changes need to be made in regards to race relations, in addition to finding ways to perform in front of people once again.

I recently spoke to Faith, Sarah and Be Russell about the state of the theater in Seattle, the problems they have faced over the years and their hopeful look to the future. What they shared was enlightening, to say the least.

As a sign of our times, we met through a Zoom meeting, technical difficulties and all, instead of in person. Faith began her acting career many years ago at her local church while her daughters were young. In addition to acting, she wrote plays that were produced by other churches as well.

She moved into professional theater, performing in numerous productions from the whimsical children's shows for Studio East's Storybook Theatre, to more dramatic roles for Taproot Theatre and Village Theatre. According to her, daughters Sarah and Be "sort of" followed in her footprints.

"They are blazing a trail," she said. "They will do exploits that I have only dreamed of."

Sarah learned the ropes of theater behind the scenes when she was about 11 years old, at Studio East. She didn't act on stage until she was a teen, her first professional gig for 5th Avenue's Adventure Musical Theatre, which presented performances to local schools all over the state. Be followed suit but at a much earlier age of seven. By the time she was a senior in high school, she was the president of her drama club. They performed "Grease," a show that was choreographed by Faith.

In recent years the three have been working with Village Theatre. Faith serves as the Education Assistant Manager, Sarah starred in last year's production of "The 25th Annual Putnam County Spelling Bee" and Be's performance in this year's production of "She Loves Me" was cut short by two weeks due to the pandemic. During our group interview, Sarah shared that she had gotten a call just the day before about a show that she was supposed to be a part of this winter -that had also been canceled. Still, she remains hopeful for the future, knowing that companies will be needing to get more creative.

"I know some colleagues who have been doing Zoom performances to accommodate that need for art, and a lot of people have been doing live streaming events to try to stay relevant and to try to keep creative momentum going," said Be. "It's going to take time to figure out what we want to do. But I also think that it's going to demand an amazing product. I think hardship a lot of times can bring some of the greatest work that is produced. So I feel like it's going to bring a renaissance or resurgence of a lot of great material. At least I hope so."

Time for a Reset

"As horrible as the pandemic has been, I really think that our whole world has needed a reset for a long time," said Sarah. "We are forced to look inside ourselves and ask, 'How am I personally going to make the change?'"

"The institution itself is being dissected, which I think [it] needed to be anyway," said Be. "A lot of great things are coming to light as far as racial equity in the theater."

In many venues in Seattle, you'll see an array of demographics performing up on stage, and while the intent for inclusiveness is good, it just doesn't go far enough. There are relatively few directors and stage crew members who are Black. Faith has been performing for 20+ years now, and said she has suffered many inequities.

"There were huge, egregious faux pas that were hard and harmful," she said. Even after talking to crew and directors, who were often receptive, the same type of errors continued to happen. Even with shows that have larger casts of Black performers, there would still be a lack of diversity among the creative team.

"So there were many of the same problems, if not more because you had [many of the cast members who] felt unseen and unappreciated," said Sarah.

The Russells all expressed how there are many good people in the theater business, but even so, they often end mistreating people of color without even knowing it.

"Where do you even start? It happens all the time," said Sarah. "For me, one of the biggest things is how we're costumed and wigged. A lot of times, as Black women, we are overlooked in how our Black bodies fit into a time period. If they are building me a wig, they don't think about how my hair is texturally different or how my hair would have looked during that time period. Many times I will be the only Black woman in the building, and I will get my wig that honestly looks like I've been electrocuted. Every other white woman or person with lighter skin tone will have beautifully laid hair, and if they have a problem with their hair, [the crew fixes] it that day, but I have my wig for three or four days before they fix [mine]. Why does it take me three or four days to be treated decently?"

Faith shared a story where she was asked to play a woman with a Jamaican accent which she was happy to play, but during a meet-and-greet session where all of the actors were meeting each other, it was announced that her character was going to be different than how it was pitched to her earlier.

"They decided to make [my character] this voodoo type of lady with her head wrapped and she is going to be in this wonderful period outfit that looked like slave garb," said Faith. "I was stunned because what was first a neutral role became a stereotype. I've got many stories like that where they see a brown person or an Asian person and the powers that be think that they are having an epiphany about how they can use us and they are putting us into how they view our race."

So what happens when the actresses call out these problems?

"We're dismissed," said Be. "Our voices are often not valued or taken into account. We are treated as if we don't know anything about ourselves as if we don't have an actual knowledge of what we're supposed to look like. Theaters don't care if the person who is doing the wigs have any knowledge or training on how to do authentic, Black hair."

The DNA of Theater

The Russells acknowledge that much of the problems they face in the theater comes from years of doing things the same way just because that is how you do it.

"When things are so systematically deep, you don't even realize your own biases," said Sarah. "I have had friends where I had to say, 'This is how you hurt me,' and they had no idea that their biases were so deep, and there were some things that they learned."

"With using the word 'systemic,' you have to think of it as the DNA of how something is made," added Be. "In the DNA of theater and the institution of theater, people of color were an afterthought. Everything was built to celebrate its whiteness from the white perspective and unfortunately, that's the system. That's where it began. White people had the agency, the power, the money, the resources and the connections. They created the space, and they included us when it benefited them."

"It is so much in the DNA," adds Faith. "I don't think anyone is saying, 'I'm going to be racist right now!' However, it's an afterthought with POC's. They are not considering through a different lens what these POC might need or how they might be supporting stereotypes."

Looking to the Future

"For me personally, I'm not sure what the future is, but I'm excited and hopeful that it's going to be different," said Sarah. "I don't want to be a part of it if unless it is different."

"I feel like it's a soul issue," said Faith. "If we're going to get in this really deep soulish place where we make choices and decisions that will impact other people, that is the core of this change that is happening, and I get excited about that. I'm a director now, and I take on projects as an agent of change. So really on the inside – not as an actor – but having some agency to make some changes. And I call myself a holy disruptor, disrupting the status quo. Disrupting business and usual."

"I hope that in this climate, that people won't be passive. If you are stirred up at all and love theater, hold the theaters accountable. If you are going to go to a show or even if you see a show being advertised, call the theater and say, 'Do you have people of color in this show? Do you have people of color on your production team? I want to see this, but I know what's happening in theater community, and I just want you to know that I'm watching. I'm interested now that I know."

"I hope that moving forward, that Black voices and Black stories will be honored and respected," said Be. "Hopefully, we'll be able to share something with the theater community that will add something to the table that people will want to see and will actually bring life and not just entertainment."

With all of the shows that Faith, Sarah and Be have done, they have never done a show together. Each daughter has performed with their mother at one time or another, but the chance for all three to work together on one show is a dream that they have been talking about for many years now. And they just might get that dream realized very soon with a project that is still on the down-low except to say that it might include a chance for the three of them to do all the things that they've ever wanted to do on stage but couldn't for various reasons until now.