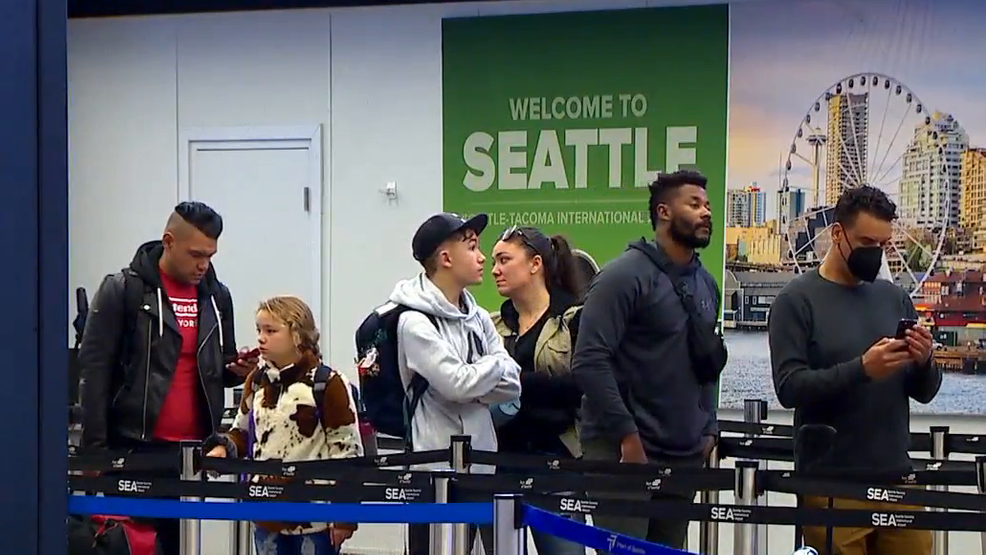 Sea-Tac named one of world's most punctual airports

Despite a holiday season filled with delayed and canceled flights, Seattle-Tacoma International Airport (SEA) was one of the most punctual in the world in 2022.

SEA ranked No. 8 in Cirium's list of top-performing global airports of 2022. The online tracker's on-time rankings were calculated by on-time departures — a flight that arrives within 15 minutes of the scheduled gate arrival — and total flights.

According to Cirium, 81.04% of SEA's flights boasted on-time departures out of 383,250 total flights, good for fifth place among American airports.

Brazil-based Azul Airlines, with an on-time arrival rate of 88.93%, was named the top-performing airline globally.

"During 2022 airlines had difficulty anticipating the sudden recovery in demand," Cirium CEO Jeremy Bowen said in a statement. "They had been disappointed on several previous occasions throughout the pandemic, when it looked like demand was picking up, only for it to reverse course in the face of new Covid variants. When the recovery finally came this past year, the industry—including airlines, airports, air navigation providers and other stakeholders—struggled with understaffing and insufficient capacity. Delays and cancellations became issues.

"In time, however, operations greatly improved as the industry added workers and adjusted capacity. 2023 appears to hold great promise for the aviation industry."