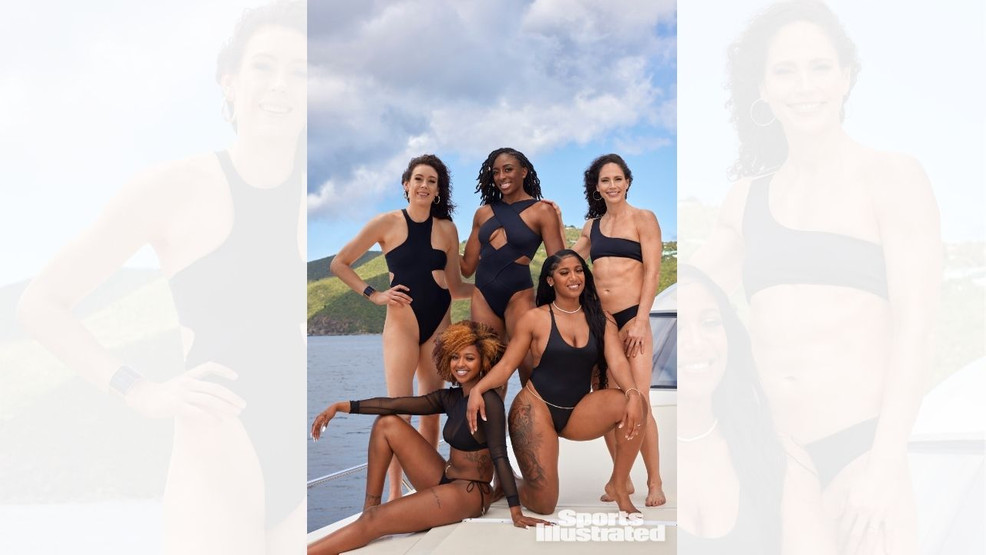 Sue Bird and Breanna Stewart of the Seattle Storm are featured in the 2022 Swimsuit issue, alongside fellow WNBA players Te'a Cooper, Nneka Ogwumike and Didi Richards — marking their collective first time in the iconic magazine.

"These players not only dominate on the court but are tirelessly leading the charge in speaking out on social justice issues- fighting for racial justice and equality and working together to create sustainable change," said MJ Day, editor-in-chief of Sports Illustrated Swimsuit.

The WNBA players shot for the magazine in the U.S. Virgin Islands with photographer Laretta Houston.

"We couldn't be more thrilled to have such a badass group of women come together for this specific issue," said Day.

Bird and Stewart aren't the only Seattle representation in the issue (kind of) — Ciara, who recently moved to Denver from Seattle with husband and former Seahawks quarterback Russell Wilson, is also one of the four SI Swimsuit 2022 cover models, along with Kim Kardashian, Maye Musk and Yumi Nu.

The Sports Illustrated Swimsuit 2022 issue will be available in print on Thursday, May 19.