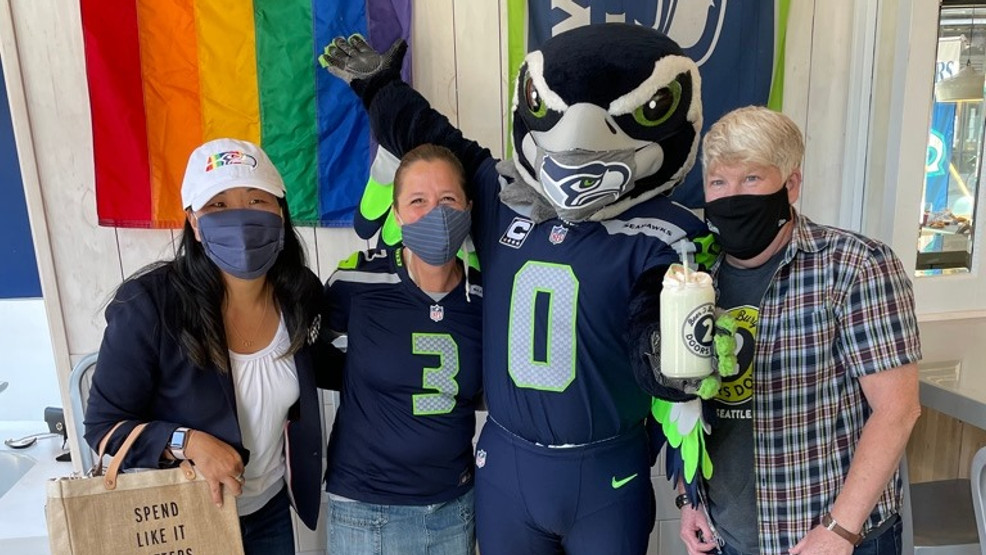 Intentionalist has always been dedicated to helping the community to "Spend Like It Matters" — but since the beginning of June, the Seattle-based small business directory has been joined by the city's six major league sports teams in encouraging Seattle to specifically, "Spend With Pride."

This unique campaign between Intentionalist, Seattle Sounders FC, Seattle Storm, Seattle Seahawks, OL Reign, Seattle Kraken and Seattle Mariners lets people upload their receipts from local LGBTQ-owned small businesses throughout Pride Month and enter for the chance to win a jersey or prize packs from the team of their choice.

If the $25,000 goal is met, each of the six teams will make a collective donation toward Gender Diversity, a local nonprofit increasing awareness and understanding of gender diversity in children, teens and adults.

"The fact that all the teams are coming together really puts a unified front out," said Sounders goalkeeper Stefan Frei. "Sometimes the organizations like to get behind a cause here and sometimes behind a cause there, but when literally every single sports team in the greater Seattle area gets behind it, it has so much more weight."

Frei said encouraging the public to support and visit LGBTQ-owned businesses with the other sports teams has been exciting, but also that participating in this initiative has allowed him and his teammates to think about where they spend their money, who is making their food and where it comes from.

"As an athlete [...] it's interesting because I am just a regular guy, but you realize that at some point that you do have a voice and people listen to you," he said. "With that comes a power you can use for the greater good."

Although Pride Month is coming to a close in less than a week, Frei said he's confident they will reach the $25,000 goal. And, as Intentionalist founder and CEO Laura Clise put it: "No matter which team you root for, or play for, 'Spend With Pride.'"

Spending With Pride is easy, shop at an LGBTQ-owned business, then upload your receipt to this website. Tah-dah!