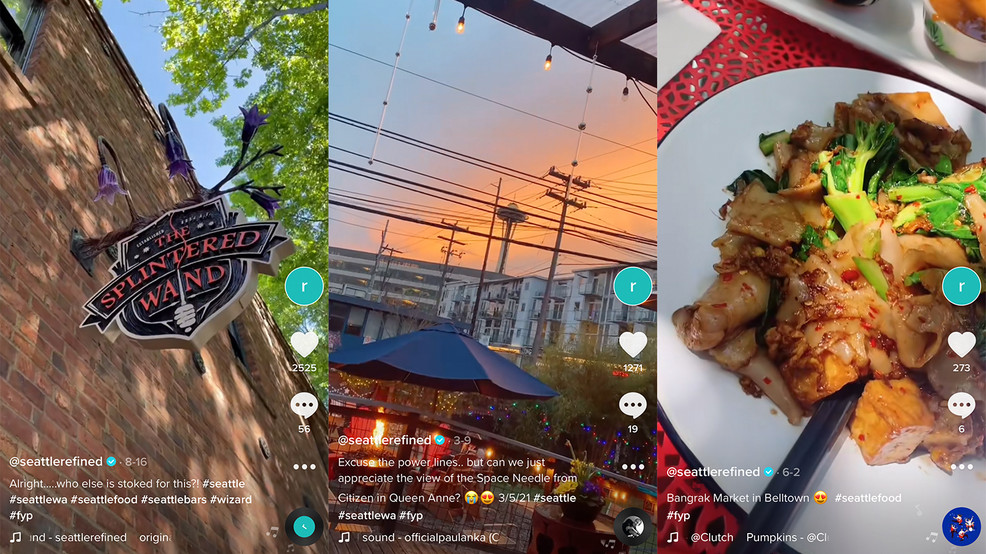 Top 10 TikToks on our 1 year anniversary

It's our one-year anniversary!

On Sept. 10, 2020, we took the plunge and decided to get on TikTok. Since then, we've published more than 240 videos featuring different people, places, businesses and things to do in Seattle and the Pacific Northwest — while making 25.5k new friends along the way! We've learned a lot, and still have plenty to learn, but it's been a blast embarking on this journey the past 365 days.

To commemorate our one year, we wanted to share our 10 most viewed videos (so far). Enjoy this little trip down memory lane!

(....and if you aren't already following us, don't worry, there's still time!)

Our first (and only) video to hit 1 million views — is someone cutting onions in here? Shoutout to Noah Prophet for submitting this video to KOMO News' Chime In. It's...simply amazing!

Featured: You're in for some scary fun at STAR 101.5's Georgetown Morgue

Yeah...this happened! Our second video ever and first attempt at a trend. Do we cringe looking at this? 100 percent. Do we regret it? Absolutely not. It's the growth for us!

Featured: Egghole: Home to Breakfast Sammies and 'Pour Your Own' Tap Wall

Only on TikTok will a seven-second video about corn dogs get this much attention.

You know the trend growth we mentioned earlier — this is what we mean.

This crab roll speaks for itself — also, shoutout to Local Tide, which recently celebrate their one-year anniversary!

Featured: This new Fremont spot's Crab Roll has people lining up for a taste

Featured: Grounds Coffee Co. turns out some of the wackiest, most creative beverages around

This list starting and ending with a whale video? Poetic, if you ask us!