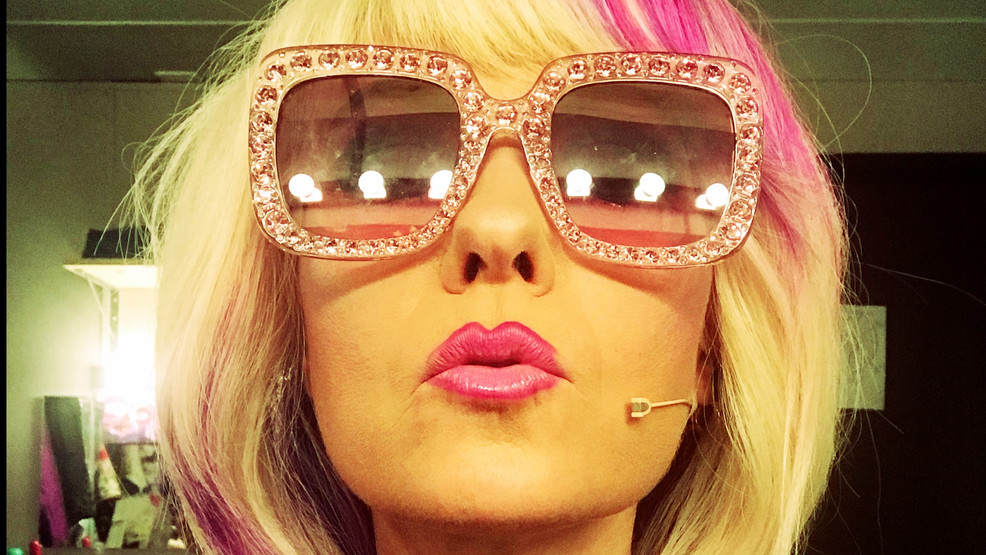 According to musician Jen Ayers, her latest production "SHe Said" is a gender-crashing musical story, featuring herself, Marc Kenison (aka "Waxie Moon"), a live band and a multimedia mashup of 70s animation, soul pop, glam rock and "The Moth" — all rolled into one. The show runs at Seattle’s Broadway Performance Hall from Oct. 6-9.

Ayers, a vocal dynamo, pianist, songwriter and recording artist, has always loved music. In fact, she ended up in piano lessons at age 5 because her mom woke up to her singing and playing "Hello Dolly" by ear.

"I sang all the time," Ayers says. "All day long. Still do. Music moves me in all ways. I sang in choir in high school, performed in musicals, and it was being on stage at 19 with my first band that I had the realization I wanted to make music and performance my life."

She met her partner Graham on the first day of college, and they shared a love of music. Their first date involved walking through a snowstorm to see Led Zeppelin’s "The Song Remains the Same." They later married and moved to Seattle with dreams of starting a band.

"Graham wrote songs on guitar," she says. "I wrote songs on piano. Sometimes we’d come together to discover our two separate ideas made one perfect song. Honey Tongue was that dream band that we quit our day jobs for and took on the road across the country."

Eight years ago, life took a twist when her husband came out as transgender, which sent them on an unexpected journey of self-discovery as individuals and partners.

"Our mainstream, cisgender life was turned upside down, and it profoundly changed us," she explains. "I turned to my piano to cope, writing songs to help make sense of what I didn’t understand. I sorted out my feelings, asked questions and eventually found answers through my music."

This is when "SHe Said" came into the world.

Ayers had written and recorded albums before, but through the process of demo-ing these songs in her basement studio, she began working with her collaborator, writer/director Daryle Conners "to envision a more robust telling of the story beyond the music."

They both felt the story had a powerful, theatrical aspect to it, so they reached out to their friend Waxie Moon, a veteran one-person show/actor/performer to get their thoughts.

"The three of us sat around my dining room table together," Ayers recalls. "After listening to me tell stories with my songs interweaved, Waxie Moon said, 'I’m completely moved. This IS your show!'"

Ayers remembers the process of writing the songs for this project as 'completely cathartic' and her 'therapy.' Yet, her biggest challenge was writing the "SHe Said" script while living it.

"I needed to step away and just let life unfold for months at a time," she says.

They eventually began workshopping the project at her home and on-stage at The Royal Room for small groups of trusted artists, musicians and theater advisors — just Ayers at a piano playing, singing and telling stories. They planned to bring the show to the stage in early 2020, which was foiled by the pandemic.

So they switched gears and decided to record the album first and do the show second. Ayers asked Jeff Fielder (Mark Lanegan, Indigo Girls, Nancy Wilson) to produce it.

"We spent the first month together masked in my living room, recording each song on piano with scratch vocals," Ayers recalls. "Then, moved to his studio for a year-long collaboration."

They brought in musician friends one at a time to add their own special magic, including Graham who has been part of the process from day one.

"Graham is my biggest champion and has been there every step of the way," Ayers says, "helping with song production ideas and script brainstorms. Graham’s voice is strong in this project – behind the scenes and literally on two of the songs on the album."

Ayers reflects on some silver linings of the pandemic stalling this project, like recording the album first and exploring each song in a deeper way musically, which helped inform the script. Then there was having Marc come on board as choreographer and her on-stage performance partner.

Ayers says Daryle envisioned using animation and projection to elevate the storytelling, and both knew a killer live band was a must. Musicians Kathy Moore, Rebecca Young, Melissa Montalto, RL Heyer and Geoff Reading came on board.

"We brought together a wonderfully talented, experienced team of designers to help us realize it all," she says. "But self-producing a theatrical production is no easy feat."

Fortunately, they launched a highly successful Kickstarter campaign, raising more than $37,000 in just one month. This felt like further confirmation that this story needed to be told.

Ayers says that "SHe Said" is a love story, but it also examines universal themes like partnership, compromise, individuation, identity, change and family dynamics.

"It also explores what it means to be transgender and to love someone who identifies outside of cisgender norms," she says. "I hope people walk away from the show having learned something new about gender identity and the meaning of love."

Ayers is inspired to continually pursue her passions because of the complete fulfillment and joy she experiences when trusting her gut and putting herself out there, "I’ve taken some serious risks creatively in my life and they always pay off in some way. I try to say 'yes' to the things that scare me, the new things. Because they help me grow and feel challenged and most alive."

For anyone currently considering pushing a creative endeavor out into the world, Ayers says, "Go for it! And don’t let anything stop you. If you feel strongly about what you have to say creatively, and you feel it authentically in your bones, then it’s meant to be brought out into the world. And remember that good art gets people talking. That’s the point! You’ve succeeded if you end up having critics. And if it’s an authentic creation, the number of your supporters and champions will ultimately outweigh the naysayers."

Ayers adds that even a runaway garbage truck smashing through the front of their home nine months ago didn’t stop her from seeing the "SHe Said” project through.

The biggest compliment you could offer Ayers after seeing her show? "I laughed. I cried. I was moved. I felt the love. Thank you. Where can I buy the double album?"

As for what's next, Ayers’ excitement is palpable: "A ‘SHe Said’ nationwide tour, baby!"

Learn more about "SHe Said" here.

Corinne Whiting is a freelance writer for Seattle Refined. Follow her adventures here.