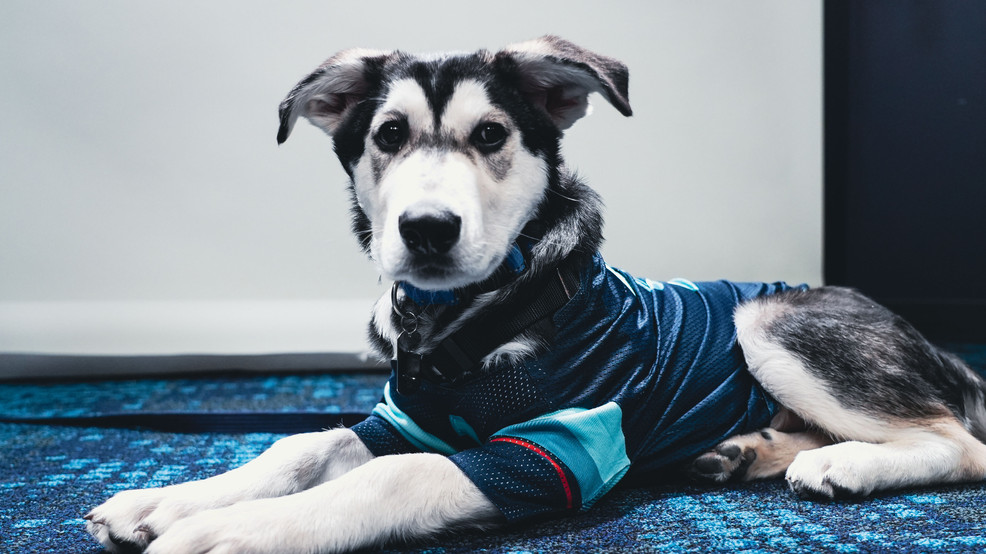 The Seattle Kraken are known for high-octane, full-contact, amped-up athleticism and now... an adorable puppy.

Here's what Seattle's NHL team announced this week, "The Seattle Kraken and Canidae™, a premium pet food company, today announced the introduction of the team's official team dog, Davy Jones. The team dog is part of Candiae's partnership with the NHL and Oak View Group's Arena Alliance. Davy will serve as a community ambassador for the team and Climate Pledge Arena at Seattle Center, as he embarks upon a journey to train as an Accredited Therapy Dog."

If the name Davy Jones sounds familiar, he's a character in the Pirates of the Caribbean film series, based on the superstition of Davy Jones' Locker, a metaphor for the bottom of the ocean.

The team is giving good boy Davy Jones his own office at Climate Pledge, and he'll also spend time at the Kraken Community Iceplex to meet more adoring fans.

Precious puppy, rescue ambassador and future therapy dog... Sounds like a hat trick to us!