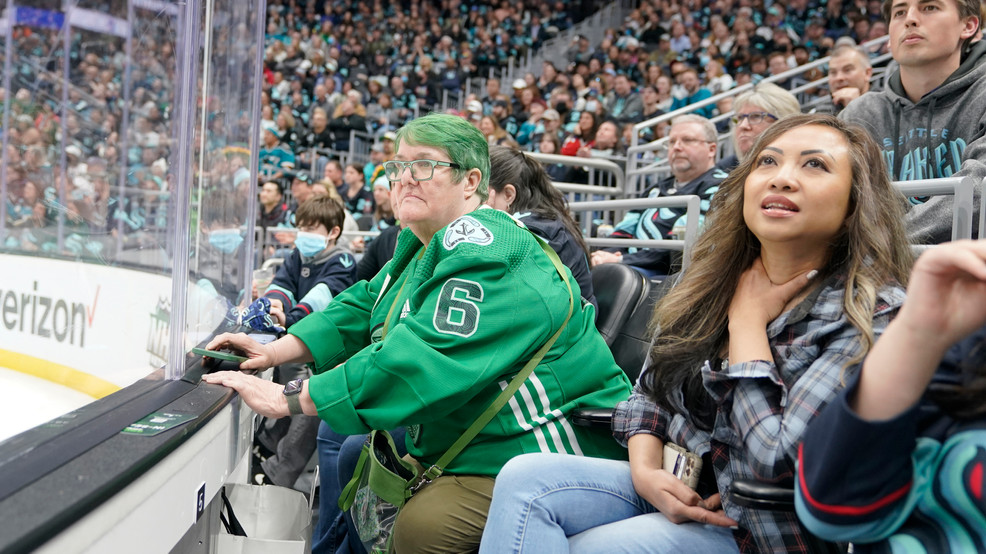 Fans watch at the glass during the second period of an NHL hockey game between the Seattle Kraken and the San Jose Sharks, Friday, April 29, 2022, in Seattle. (AP Photo/Ted S. Warren)
SEE MORE

SEATTLE — Seattle Kraken fans rank near the bottom of the list of the NHL's booziest fans, a recent time2play.com study found.

Of the 32 fanbases in the league, Kraken fans rank 28th, purchasing an average of 2.1 alcoholic beverages per game, amounting to an average of $31.50, at Climate Pledge Arena.

For the study, time2play.com surveyed 1,584 NHL fans over 21 years old living in both the United States and Canada in April.

Fans of the New York Islanders, New Jersey Devils, Washington Capitals and New York Rangers, respectively, were the only teams found to drink less at games than Kraken supporters.

Click here for the full results of the study.