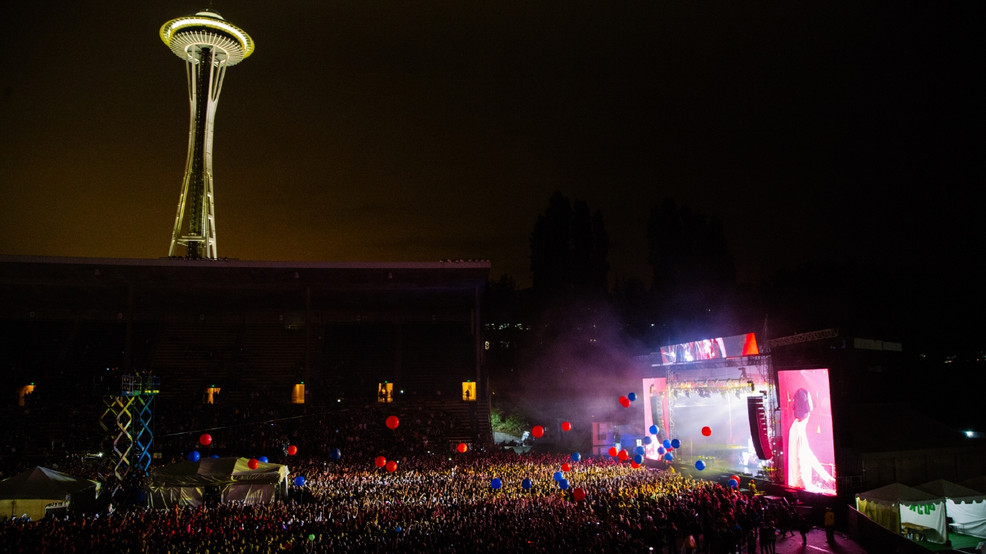 Seattle Center, One Reel announce effort to save Bumbershoot

Live music has been so dearly missed this past year.

Seattle is a city that (in a non-pandemic world) has live music on the daily. One of the most well-known events here is Bumbershoot Music Festival, which - up until 2020 - was an annual event held Labor Day weekend. The future of the festival has been in question for a while, even before the pandemic, but today - One Reel and Seattle Center announced their plans to keep this urban arts music festival happening in the future.

Bumbershoot took a hiatus in 2020 and will do the same in 2021 due to the pandemic. One Reel and Seattle Center stated in a press release they plan to form a Bumbershoot Exploratory Committee that will look at festivals past and identify elements that were successful.

The committee will aim to keep Bumbershoot an affordable festival celebrating arts and entertainment while also maintaining its artistic and diverse essence.

"As Seattle Center ushers a new direction for the festival, One Reel will provide the historical context and a critical eye to ensure a fair and public process for determining the future of Bumbershoot," said Marty Griswold, the executive director of One Reel. "We are not alone in our anticipation for the return of Seattle's signature festival to Seattle Center."

The committee will invite the public to provide input and feedback as they explore how to move Bumbershoot forward.

"As someone who grew up in Seattle and has been here since Bumbershoot began, I want to thank One Reel for creating such an iconic festival, where we have been moved by great music, art, comedy, poetry, experiences and community," said Seattle Center director Robert Nellams. "I have cherished Bumbershoot as our festival, and I look forward to working with One Reel to create a new version of it that will respect the success of the past and chart a new path for the next 40+ years."

Feeling nostalgic? We invite you to take a digital jaunt down memory lane, with this gallery of Bumbershoots past...