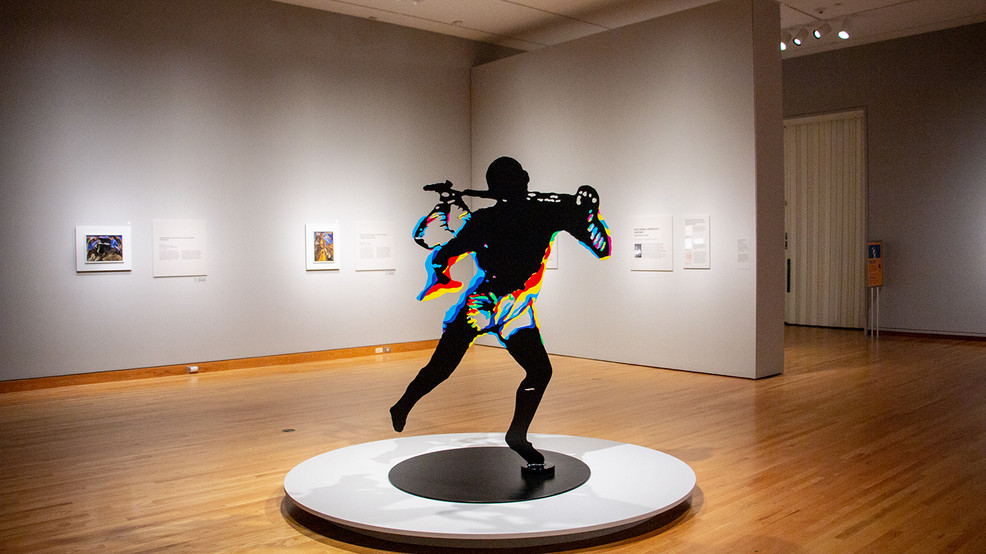 A new exhibit at the Seattle Art Museum questions the stories we've been told by "amplifying narrative that have been systemically overlooked from America's history." Jacob Lawrence: The American Struggle reunites Lawrence's 30-panel series for the first time since 1958, and SAM will be the only venue to show it on the West Coast.

Lawrence loved to paint in series, painting about 10 different series during his lifetime.

"The Struggle series is the one that has really least been experienced as a series. This is the only one that was dispersed, it’s the only one that lives in a lot of different collections," said Papanikolas. "So it's very very special that we're bringing this particular body of work by Lawrence here together now."

The artist painted the series from 1954 through 1956, in the thick of the Civil Rights Movement in the U.S.

"The series was done in the 50s at a very different moment in race relations for America, very different but similar," she said. "This was the time of the Civil Rights Movement, and Lawrence was very much engaged in that particular struggle and he took it upon himself to tell the history of America in terms of the struggles he was seeing in his present day."

Lawrence finished the series in 1956 and it was exhibited right away, all 30 paintings at the Allen Gallery in New York, and again in 1958 - before splitting off, acquired by different collectors for museums or private collections all over the country..

"This is the first time the series has been brought back together since [...] those initial two exhibitions decades ago," said Papanikolas. "There are some works that just could not be located. At the outside of planning this exhibition, five works remains sort of at large. We didn't know their whereabouts, and in two cases, we didn't even know what they looked like, they were unpublished works."

The plan was to put reproductions in the exhibits, and hope that the lost paintings would come to light.

"[Maybe] people would see it, and recognize the painting in their living room that they really didn't know a lot about as ‘Hey, one of the lost Jacob Lawrence's!"

As it turned out, that's exactly what happened.

"Last fall when the exhibition was at the Metropolitan Museum of Art in New York, a person came forward and said that they had a missing Jacob Lawrence," she said. "It was indeed one of the missing panels and in fact, one of the unpublished missing panels."

Now, that painting is in the show. And a couple months later, a second painting came to light - that panel is now, too, in the show.

"We’ve already recovered two of the missing panels!" said Papanikolas. "So, if you have a picture that sort of looks like The Struggle series, call the Seattle Art Museum."

Panel 28 is one of the two panels recently rediscovered in a Manhattan apartment.

"The owners of the work, very graciously agreed to let it come to Seattle," she said. "So this is the first place where anyone aside from its owners will have a chance to see it."

"That's the number of people who immigrated to America in those years, in that span of time," said Papanikolas. "So its theme is immigration and what you see are three figures, all sort of huddled together. If you notice - their hands are enormous, their hands are kind of outsized, much bigger in proportion to their bodies. This is a reference or indicator to them coming with only what they could carry in their hands, and coming to start afresh in this new country."

Papanikolas says she loves how contemporary this series feels, despite Lawrence painting it in the 1950s.

"It's a distant past that he's capturing in the series," she said. "Yet, the series itself feels so contemporary. There’s themes of protest, themes of uprising, pictures that deal with, I mean, for want of a better word, struggle."

That idea of struggle is an anchor in this series.

"The concept of struggle, Lawrence created something that really resonates in the present day, and it really says to us that the struggle belongs to all of us."

Jacob Lawrence: The America n Struggle is on display at the Seattle Art Museum now through May 23, 2021. Tickets and more info can be found online.